What type of fencing is in the Olympics? 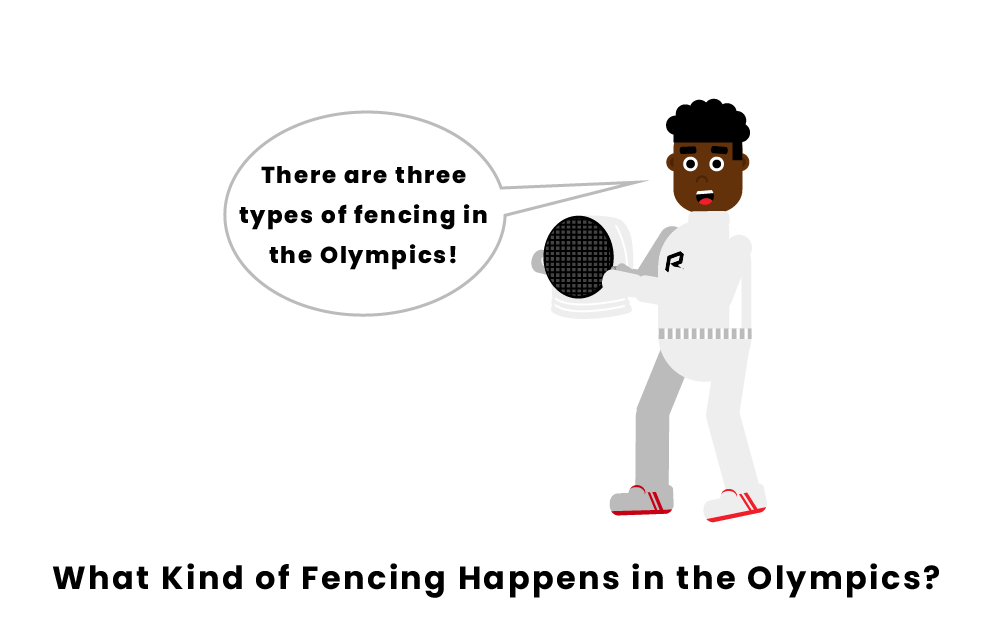 There are three types of fencing that happen in the Olympics. These include foil, epee, and sabre. 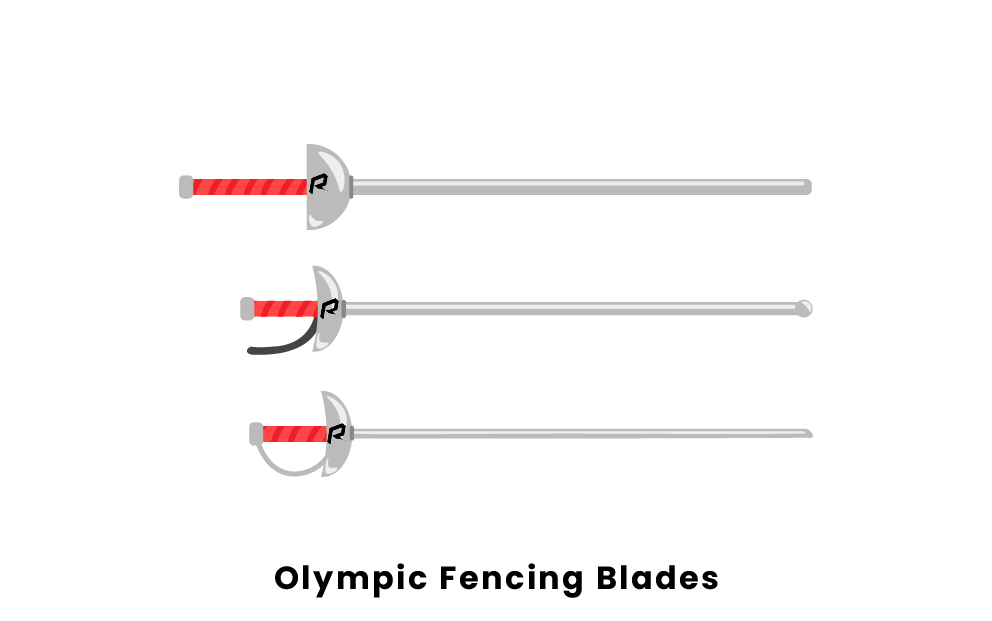 The different competitions in Olympic Fencing are mainly based upon the kind of weapon used in them. The rules for each change to match the different uses for each weapon.

The sabre is a light-weight blade used for both cutting and thrusting. In sabre fencing, only a hit on the upper body will score a point, and any part of the blade is enough to trigger the scoring of a point. Sabre is the only type of fencing where a cut with the side of the blade is able to score, which can cause sabre fencing to look quite different from the other two types of fencing.

The foil is a very light weapon like the sabre, but it is used mainly for thrusting forward. In Foil Fencing, the fencer targets the torso with the tip of the blade. Only hits on the opponent's chest and abdomen with the tip of the foil are counted as points.

The epee is also a thrusting weapon. However, it is heavier than the foil. The rules for Epee Fencing differ slightly from the rules for foil. In Epee, the entire body is a valid target, meaning that the fencer can hit any part of the opponent with the tip of their blade to score. Like foil, only the tip of the blade can score a point.

In today's modern Olympics, there are team and individual events for Foil, Epee, and Sabre in both the men's and the women's categories. In individual events, the fencers face off against each other, and the winner moves on to the next round. In team events, each fencer from one team fights each fencer from the other team, one at a time. In 3 versus 3 team competitions for example, there would be a total of nine rounds of fencing per match. The scores are added together throughout the match, and the team that reaches the point total necessary between all of the rounds gets the victory.

Pages Related to What type of fencing is in the Olympics?