What are the types of fencing? 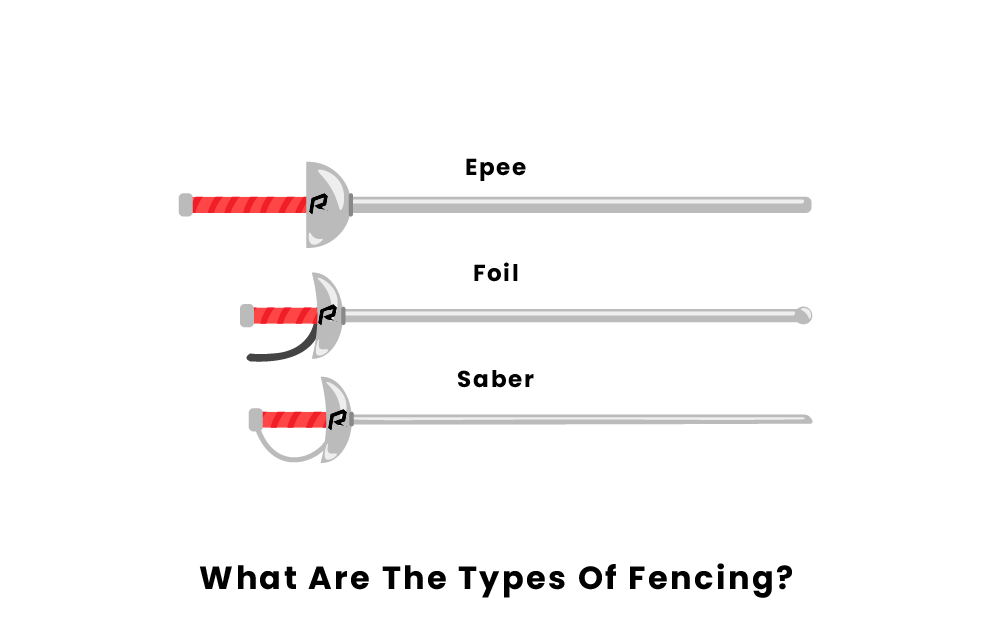 There are three different "types"of fencing, which are called disciplines or weapons: epee, foil, and saber.

The three weapons differ greatly between one another in rules, looks, style of play, skills needed, and in what is required from a fencer. Although very different, it is all fencing, and the main goal is still to use a weapon to touch your opponent and to defend yourself from being touched. While most fencers will have a taste of all three during their time in the sport, people who practice the sport choose one discipline to focus on, and end up practicing just foil, or saber, or epee.

Foil is a dynamic weapon where fencers need the right combination of accuracy and speed. In foi, the target area is the torso, excluding the arms. Foil fencers wear an electric jacket that covers the target area and with a series of electronic components, determines whether a fencer was touched on or off the target area. Only in foil, the bout is stopped if a touch is landed off the valid target area, which is signaled by a white light in the scoreboard. Foil makes use of priority rules, like saber.

Epee is the simplest of fencing's three disciplines. Its scoring is very straightforward and easily understandable, unlike saber and foil. Epee is a game of patience and timing, where athletes need to know the right time to attack. The valid target area in epee is basically the opponent's whole body, from the tip of the toe to the top of the head.

Saber is the fastest weapon in fencing. Saberists need to be quick in their legs and in their minds, as there is not much time to think in between touches in saber. Saber is the only weapon in fencing where fencers can use both the side and the tip of their weapons to touch the opponent and score points. The valid target area in saber is anywhere above the waste, including the mask and the back. Similar to foil, saber uses priority rules, although they are not quite the same for both disciplines.

Pages Related to What are the types of fencing?