Fencing Rules And RegulationsHow Does Scoring Work In Fencing?The Top 10 Rules Of Fencing 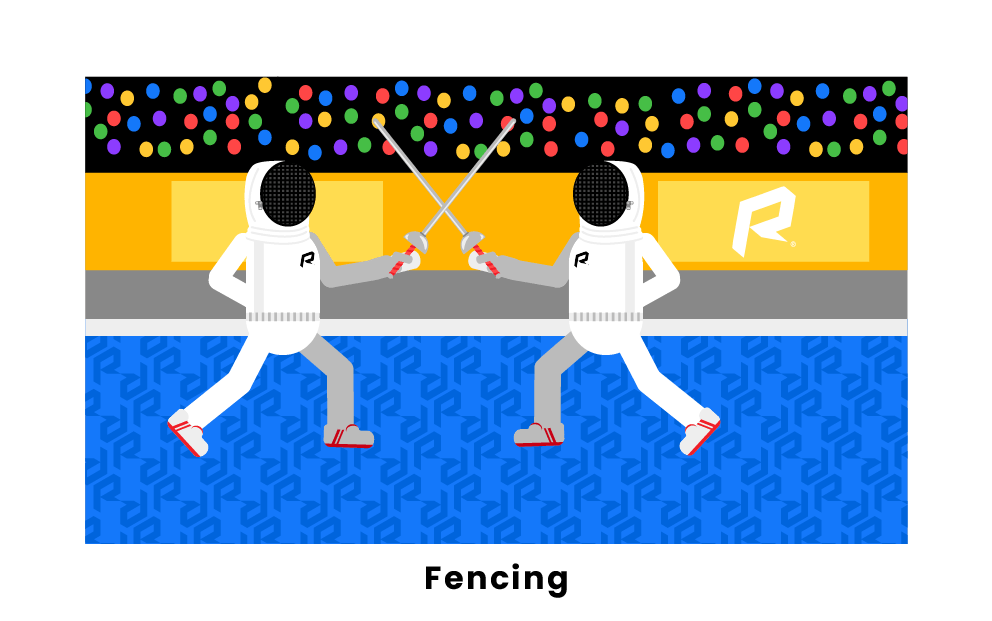 Fencing is an exciting, fast paced sport in which two athletes play each other, using sword-like weapons to attack and score points, and to protect themselves against their opponent's attacks. Fencing is often referred to as physical chess, as both demand focus, attention, good analysis of the game, and a deep understanding of tactics and technique of the game. But above all, fencing is fun, and a place where you can make a lot of friends!

No, fencing does not hurt! Although the idea of fighting with swords may make you think that, fencing equipment is really focused in making the sport safe for athletes. Although athletes may get injured, as in any other sport, fencing is one of the sports with the lowest injury rates!

What are the types of fencing?

Fencing has three different weapons, which sometimes is referred to by people not familiar with the sport as different "types" of fencing. The three weapons are saber, epee, and foil, and although they are all fencing, they have different rules and equipment.

Yes, fencing is very tiring. A fencing bout is rather short; there is, at max, 9 minutes of active fencing time, and so many may think that fencers don't get tired practicing their sport. However, fencing bouts are very intense, and fencers need a lot of explosiveness. In addition to that, athletes play a lot of bouts in a tournament, and thus get really tired after it.

Is it expensive to start fencing?

Although the sport is expensive, it is not expensive for newcomers to get started on fencing. While there are lots of equipment needed to practice the sport, new fencers can borrow or rent most, if not all, of the needed equipment from their fencing club.

Am I too old to start fencing?

No one is ever too old to start fencing. Adults looking for a hobby and a way to get fit find fencing the perfect opportunity to do so. There are veteran competitions for many of the fencers who are not experienced and have just started in the sport. Although someone who starts fencing at an old age may not qualify for the olympics or become a world champion, a good time is guaranteed.