How Does Fantasy Premier League Work? 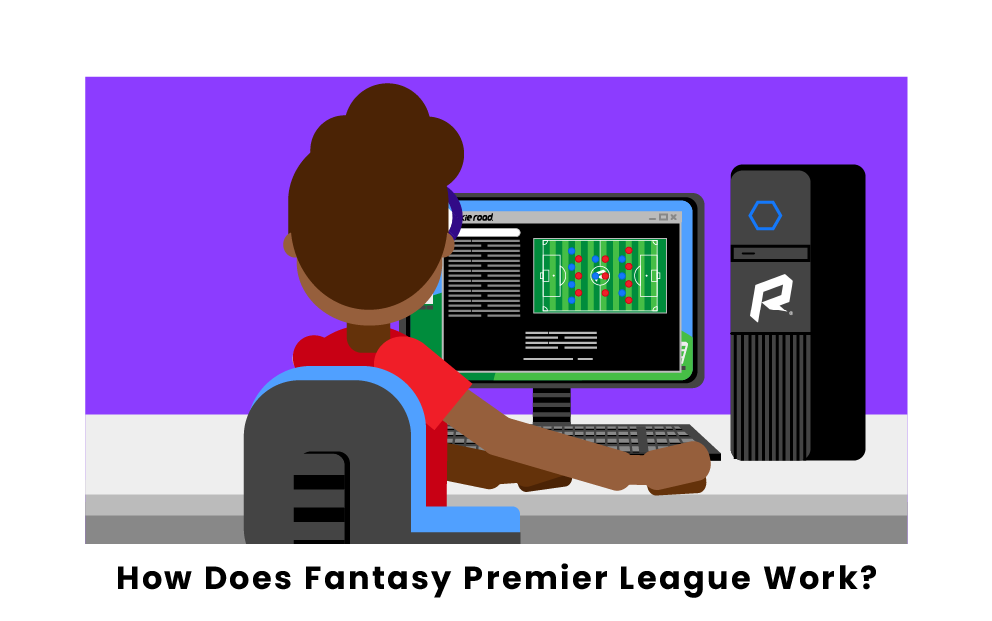 There are two forms of FPL, the classic version, and The Draft. In both, like in fantasy football or basketball, soccer players get assigned point values based on their performances, i.e., points for scoring, assisting, or keeping a clean sheet. Managers (those playing the fantasy game) then compete against others in public or private leagues. In short, whoever racks up the most points by the end of the season, wins.

In the classic version, managers draft soccer players (in the Premier League) based on position and price. In terms of positions, managers must select two goalkeepers, five defenders (center-backs and full-backs), five midfielders, and three forwards (15 players in total). Managers can only pick a maximum of three players from the same Premier League team.

Managers are given a budget of £100 million to select their players. Every player is assigned a monetary value based on their projections for the campaign, but these can shift throughout the year based on performance. Generally speaking, the best players in the league have a higher price, so managers must craft a strategy to balance their squads in terms of value and performance.

Throughout the season, managers can transfer one player for free each week so long as it is within their budgets, ie., switching out a £10 million player for another £10 million player. If they wish to make more than one transfer, they lose four points per transaction.

Prior to each game week (90 minutes before the opening match), managers must “lock in” their squad, equipped with the players they think will perform best. They must also select a captain (whose points will be doubled), and a vice-captain, as a backup.

Managers can play in any formation they choose, so long as they select one goalkeeper, a minimum of three defenders, two midfielders, and one forward. Formations include classics like the 4-3-3, 4-2-3-1, and 3-4-3, to name a few.

Every player, regardless of position, earns some points equally. In terms of playing time, players get one point for playing up to 60 minutes and two points for playing 60 minutes or more. Players earn one, two, and three bonus points for winning third, second, and best player of the match, respectively.

Managers are given five chips to strategically utilize throughout the season. They are Bench Boost (bench player points are counted), Free Hit (opportunity to temporarily change your team for one week only), Triple Captain (captain’s points are tripled instead of the typical double), and Wildcard (all transfers made in the week are free of charge).

What Are the Differences Between Classic Fantasy Premier League and The Draft?

In Classic, managers select Premier League players based on a budget and compete by accumulating points over the 38-week season. The Draft works differently in that managers join small private or public leagues and can only select a player once; that is, if someone selects Mohamed Salah with their first pick, he is off the draft board, and no other manager can have him in their team. Furthermore, in The Draft, managers compete in head-to-head matchups with opponents and accumulate wins and losses for each match week.

Players in The Draft are scored the same way as in the Classic, the only difference being that there are no Chips, Captains, or budgets.

How Does FPL Scoring Work?

How Do You Play Fantasy Premier League?

You can play Fantasy Premier League by signing up on their website. Select Classic or The Draft and get started by either buying players with a budget of £100 million and competing against people around the world or by drafting a pool of players in closed leagues and competing weekly.

What are strategies to win Fantasy Premier League?

The best strategy is to target forwards and midfielders with high goal-contribution tallies and defenders and goalkeepers in teams who keep plenty of clean sheets. It can also help to look for defenders with a penchant for going forward, such as Trent-Alexander Arnold, who get plenty of assists. Furthermore, high-scoring and assisting wingers and inside forwards such as Mohamed Salah, Heung-Min Son, and Bukayo Saka are classified as midfielders in the game, and as such, they earn more points for scoring than forwards do (5 vs. 4). Focusing on these players could help you win.

Pages Related to How Does Fantasy Premier League Work?