What Is WRT In Fantasy Football? 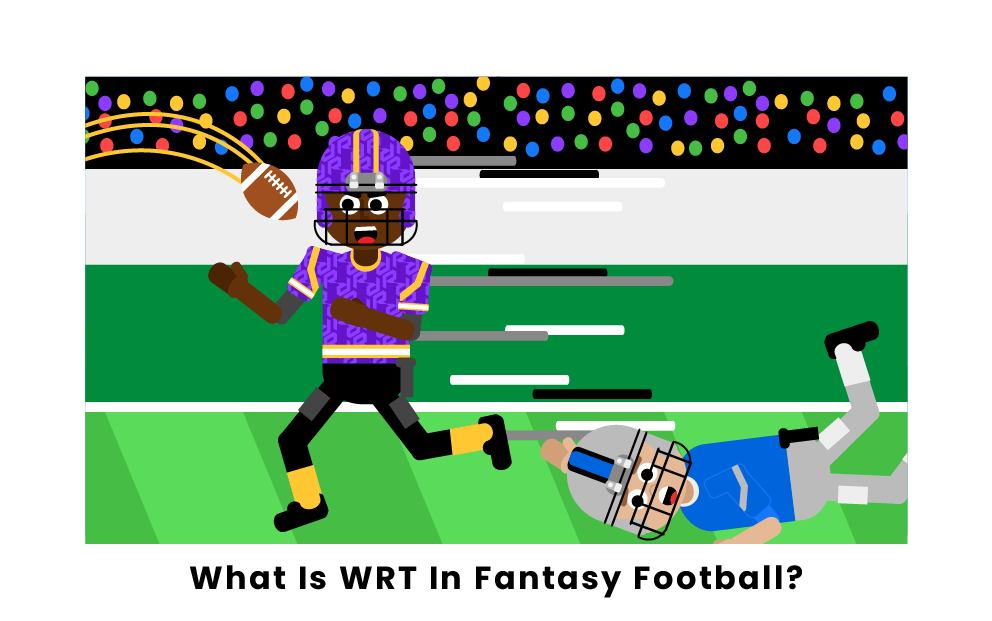 Fantasy Football leagues often differ in how many players you can start at each position. In almost all leagues, players can expect to get 2 starting running backs, 2 starting wide receivers, 1 starting quarterback, and 1 starting tight end. After that, things can vary quite a bit and managers might have a utility spot in their lineup, often referred to as WRT. In this piece, we will discuss the WRT lineup position and strategies surrounding it.

What Does WRT Mean In Fantasy Football?

WRT is an acronym, which stands for three positions:

WRT spots give a team owner much-needed flexibility. In one of these spots, almost any player can be played. The only main position that can’t be put in a WRT spot is a quarterback. Instead, managers can fill this lineup spot with a wide receiver, running back, or tight end.

What Strategy is Used for WRT Spots?

What is the Difference between WRT and Flex?

Flex is another word often used for the WRT spot in fantasy football. Depending on the website you use for fantasy football, the lingo may vary. However, the meaning stays the same regardless of the nomenclature. Some leagues might have two flex positions or two WRT positions, but it is very rare to find both a flex position and a WRT position. This is because they serve the same function, so it would be strange to use both names.

In some leagues, there is a lineup spot called the “Super Flex.” The super flex is special, because any player can be put into it, even a quarterback. In the case of a super flex, it is almost always advantageous to fill it with a quarterback.

What does WRT mean in fantasy football?

WRT, or “Wide Receiver, Running Back, Tight End,” is a special lineup spot in fantasy football that can hold players from multiple different positions. It is the most flexible spot in the lineup and thus can help managers balance their lineup. As the name suggests, the WRT position can hold wide receivers, running backs, and tight ends, but not quarterbacks, defenses, or kickers. FLEX is another name for WRT spots in fantasy football.

When should you draft a player for your WRT spot?

Managers should wait to fill the WRT spot in their lineup until they have drafted at least four players: two starting running backs and two starting wide receivers. Managers may also choose to draft a starting quarterback or starting tight end before they fill their WRT spot, but that decision depends on the circumstances. If there is a top tight end or quarterback available, grab him instead of filling your WRT position first! Try to avoid drafting a second quarterback before you fill your WRT position, though.

Pages Related to What Is WRT In Fantasy Football?