What Is Waiver Wire In Fantasy Football? 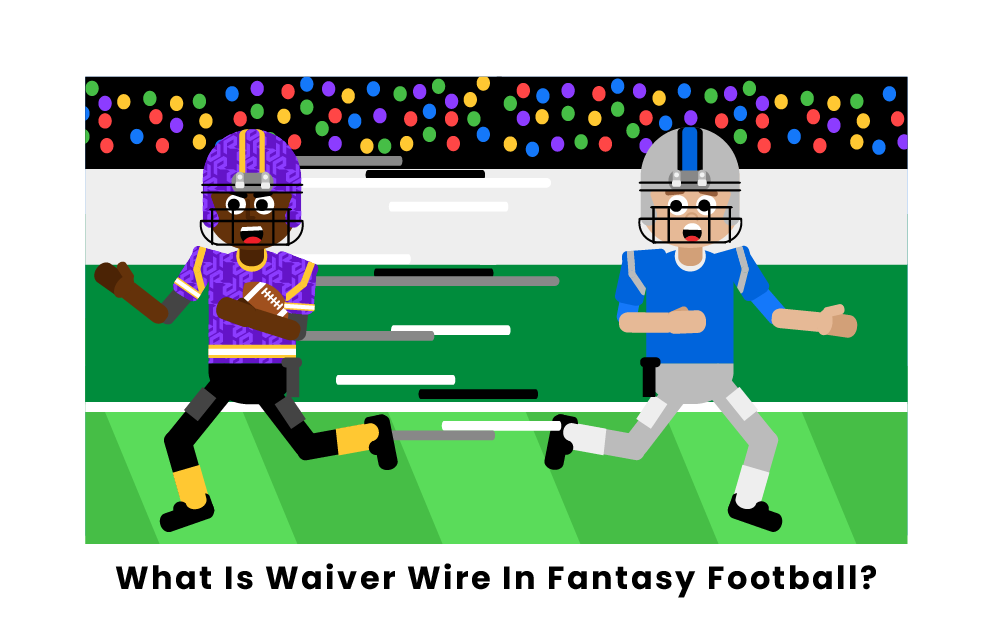 The waiver wire can make or break any fantasy football player’s season. The feature allows general managers to pick up players that were either not drafted or dropped by other teams in the league. As the NFL season is very unpredictable and countless players either perform above or below their expectations, the waiver wire allows savvy general managers to remedy mistakes made in the draft by staying active on the waivers. Players that start on the waiver wire could end up winning a team their fantasy football championship.

How the Waiver Wire Works

At the end of every week, general managers may make changes to their team for the coming week. The players they drop go to the waiver wire. General managers from other teams can put in a request to sign one of the players. The complicated part of this process is who actually gets the player if multiple people want to sign him.

The waiver order decides which team will get the desired player. The waiver order at the start of the season is based on the draft order. The manager who picked last in the draft will get the first chance at picking up a player. Once a general manager signs a player off of waivers, they go to the back of the order. For this reason, some GMs may stay dormant at the top of the waiver order to wait for an injury or breakout star to make sure that they are able to snatch up the next big scorer for their team.

One key way to find quality pick-ups on the waiver wire is to look at matchups. If your QB1 is on a bye, and your backup is facing the best defense in the NFL, it may be smart to look to waivers for a one-week loan of another quarterback. For this situation, look for quarterbacks facing lowly defenses to try to take advantage of a high scoring week.

This strategy is especially useful for your Defense/Special Teams slot. While some defenses are high-scorers no matter the matchup, there is a good chance that general managers will have to swap out their defense at least one time other than their team’s bye week. Looking at the offensive statistics for each defense’s opponent will help managers make an educated decision on which D/ST to pick up for a week.

In general, it is advised that you do not waste your high waiver spot on a player early in the year. Having a high position on the waiver wire can be extremely advantageous, and spending that pick on an unproven player can be disastrous. If you end up low on the drafting order, you should think carefully about how you can use your resulting height in the waiver order to make up for your initial disadvantage.

Later in the year, it may be beneficial for some owners to “block” other owners from picking a player up that they want. For example, if an opponent is in desperate need of a running back for your upcoming matchup and there is a high-performing running back available, if you have a higher waiver spot, you may want to pick that player up for yourself. Even if you don’t plan on using this player, they will not be available to your opponent, providing you an advantage in the upcoming matchup. However, this strategy only works if you have a higher waiver claim position than your opponent.

What does the waiver wire mean in fantasy football?

What decides the waiver order?

When does the waiver wire process requests?

League managers can choose specific days and times for their waiver wire to process, but most leagues use early Wednesday mornings. The waiver wire generally will process the requests of general managers around 4 a.m. on each Wednesday. This setting allows managers ample time to adjust their lineups before the Thursday night games.

Pages Related to What Is Waiver Wire In Fantasy Football?