What Is The Best Order To Draft Positions In Fantasy Football? 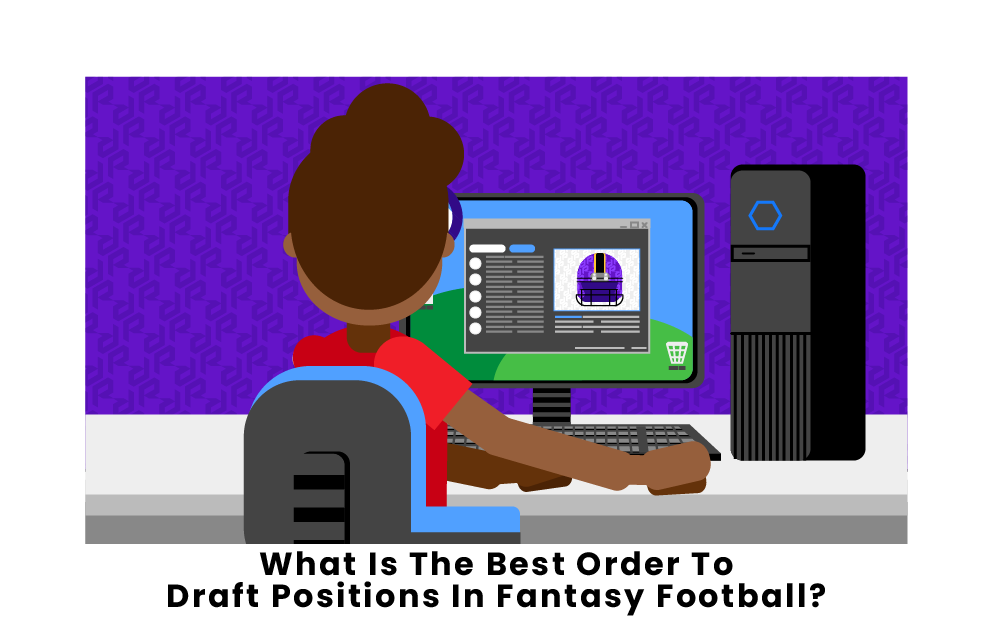 Fantasy football drafts determine the trajectory for the entire season, so it is important to know what you’re doing. The platform you use to draft will likely recommend players based off of pre-determined rankings, but they won’t tell you which positions your team needs. Thus, it’s always a good idea to have a general idea of when you want to pick players at each position: otherwise, you might end up with an unbalanced lineup.

What Position Should You Draft in the 1st Round?

The first round is the most important in a fantasy draft: it is typically your only chance to get a top-tier player. The strategy in the first round varies based on your pick number. If you are one of the first five or six managers to pick, you should almost always choose a running back. Alternatively, if you’re drafting in the 7-10 range, you are likely better off to draft a wide receiver. This is because most of the elite running backs will be gone, but you might be able to grab the best or second-best wide receiver.

What Positions Should You Draft in Rounds 2-5?

Lastly, you might consider drafting a quarterback or tight end in the first five rounds. The top tight end will typically be selected early in the second round, with the other couple of elite tight ends following in the next few rounds. If you don’t have a chance to nab the top tight end, it’s generally best to wait until the later rounds to select one. Quarterbacks follow a similar pattern, but even the best quarterback shouldn’t be drafted in the first three rounds. Wait until at least the fourth round to draft a quarterback.

How Should You Navigate the Later Rounds of the Draft?

The further you get into a fantasy football draft, the less you are going to know about the players available. There are a few general guidelines to follow in the later rounds:

What is the most important position to draft first in fantasy football?

Running backs are easily the most important position to prioritize in fantasy football. There are not enough running backs to go around, so somebody is going to get hosed at this position. If you don’t grab two running backs in the first three rounds, you will likely have a mediocre running back in your starting lineup every week. Thus, you should always strive to grab a couple of quality running backs early on.

When should you draft a quarterback in fantasy football?

A common mistake of many new fantasy football players is drafting quarterbacks too early. Quarterback is the most important position in football, but it is not the most important in fantasy football. The reason for this is there exists a large quantity of quarterbacks who provide fantasy value. Even if you are the 10th team to draft a quarterback, you will still have a serviceable quarterback. This is not the case with other positions, such as running back. The difference in value between the first and 10th-best running back is much wider than the difference in value between the first and 10th-best quarterback. Thus, it is a mistake to prioritize quarterbacks.

Who should you draft as your defense in fantasy football?

When deciding which team to select as your D/ST, there are a few things to consider. First off, don’t prioritize your D/ST: it is better to first get quality backup running backs and wide receivers. When the time does come to select a D/ST, pick a team that does not tend to let up many points against. If the team you pick has a strong pass rush and can generate sacks, or good cornerbacks and safeties to get interceptions, that’s an added bonus.

Pages Related to What Is The Best Order To Draft Positions In Fantasy Football?