What Is PPR In Fantasy Football? 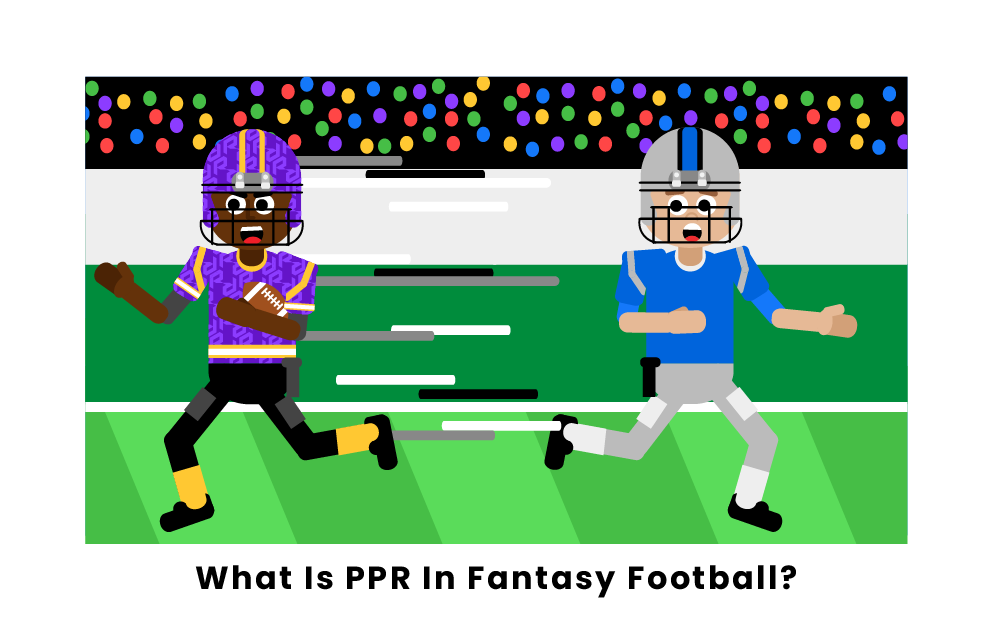 In fantasy football, you can compete against your friends by having real life football players on your "fantasy" team. You get these players on your team by drafting them or trading for them with other people. The goal of fantasy football is for you to score more points then the person you are going up against every week. The fantasy season is usually 16 weeks, and you have the playoffs for fantasy in the last weeks of the NFL regular season.

Each player you draft earns points for your team based on their play in the actual game. However, scoring in fantasy football isn't uniform, and depending on your league different plays can have different values. For example: touchdowns, field goals, interceptions, sacks, and safeties can all have a different score value depending on the league. Since the rules of the league are what dictates the scoring, people will draft and trade based upon their leagues individual rules.

In a fantasy league there are many different options for how players earn points, but one of the most important ones is PPR. PPR stands for Point Per Reception, and means that for every time a player receives (catches) the football they get a point. This change typically makes PPR leagues much higher scoring then a standard league, and changes the emphasis on players. In a PPR league, players will more often target players who get lots of receptions. PPR makes wide receivers much more valuable because of this, while running backs who receive the ball often also get a boost.

One type of player that benefits the most from PPR are wide receivers that may not get lots of yards or touchdowns, but get lots of catches. Additionally, running backs who mainly catch the football, referred to as receiving backs, have a higher value also as receiving backs don't get as much yardage running or opportunities to score touchdowns in the endzone, but get lots of catches. While PPR makes wide receivers more valuable, running backs are still the most important player on your fantasy team as the top running backs usually receive the ball and run it, letting them get points for receptions also.

In addition to PPR and standard there is also an option to do half point PPR which is where your players get half a point for each reception. Half point PPR still gives some benefit to wide receivers and receiving backs who get a lot of catches. However, half point PPR makes the scores of the games less then PPR, and it makes yards and touchdowns more valuable than in a PPR league.

What is PPR in fantasy football?

What is the difference between standard and PPR in fantasy football?

What types of players are best in PPR?

Who are the best PPR players?

The top PPR players in fantasy football still tend to be running backs, as an elite running back is harder to get then a good receiver. Moreover, if it's a running back that also receives at a high level, then they are even more valuable in a PPR league. According to fantasy data the top ten best PPR players are: Christian McCaffrey, Saquon Barkley, Alvin Kamara, Ezekiel Elliott, Dalvin Cook, Michael Thomas, Davante Adams, Julio Jones, Mike Evans, Austin Ekeler.

Pages Related to What Is PPR In Fantasy Football?