What Is A Mock Draft In Fantasy Football? 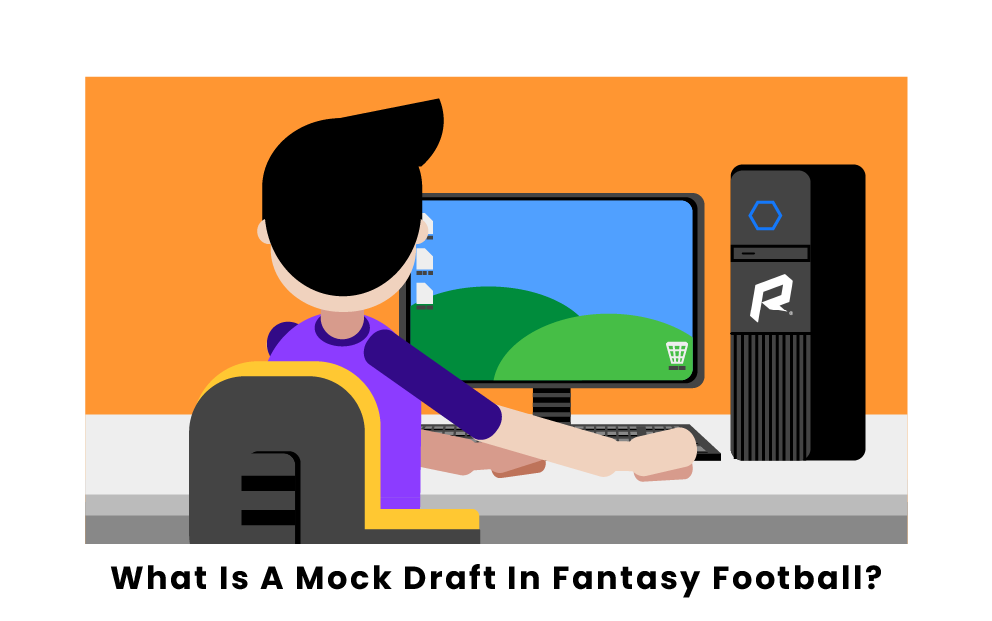 Mock drafts in fantasy football are practice drafts that allow players to test out their knowledge, picks, and draft strategy in a setting that does not count towards their actual league. This means that no picks/teams drafted in mock drafts are saved in the league database. However, players are able to keep a record of the mock draft in order to see which players were drafted in each round, which can be a useful tool in seeing player trends on a week to week basis.

Why Use Mock Drafts?

As most football fans know, fantasy football is a virtual game that is played by selecting/managing real life NFL players and gaining points based on how those players perform in real life. Because of this basic principle, drafting a well-performing team is essential if you want to have a chance to win the league championship.

However, drafting a good team is not as easy as it sounds; fantasy football players must prepare for the draft in numerous ways. The most popular ways to prepare for these live drafts are through careful analysis of past player performance in addition to future player timing/possible upside. Having said that, this preparation and careful analysis is only useful if the players are able to prepare for multiple scenarios during the live draft; no draft will ever work out exactly how you expect it to, which is why players must take into account as many scenarios as possible using mock drafts.

Whether it's practicing early, mid, or late round picks, it is essential for competitive fantasy football players to always have a backup plan. In leagues that have tons of money up for grabs, players are likely to get their number one player stolen from them a few times during the course of the draft. Mock drafts allow players to have a safe backup plan during these intense drafts.

What does "RB Zero" mean in fantasy football mock drafts?

RB Zero is a common draft strategy that many fantasy football players utilize during their drafts. The basic principle of the RB Zero strategy is to focus on pass catchers early in the draft, while stockpiling high upside running backs later in the draft. Players using this draft strategy usually use their first 2-3 picks on WRs and/or TEs, then pick multiple running backs who have the potential to break out in rounds 4-7. Many high level fantasy players practice the RB Zero strategy during their mock drafts.

What does "WR Zero" mean in fantasy football mock drafts?

The WR Zero is another draft strategy that fantasy players can use during their various drafts. This strategy is the opposite of the RB Zero, in that the player/drafter will focus on high floor running backs in the early round, hoping to grab sleeper wide receivers in the middle to late rounds. Again, this is another strategy that is very useful to practice during mock drafts.

Pages Related to What Is A Mock Draft In Fantasy Football?