What Is A Sleeper Pick In Fantasy Football? 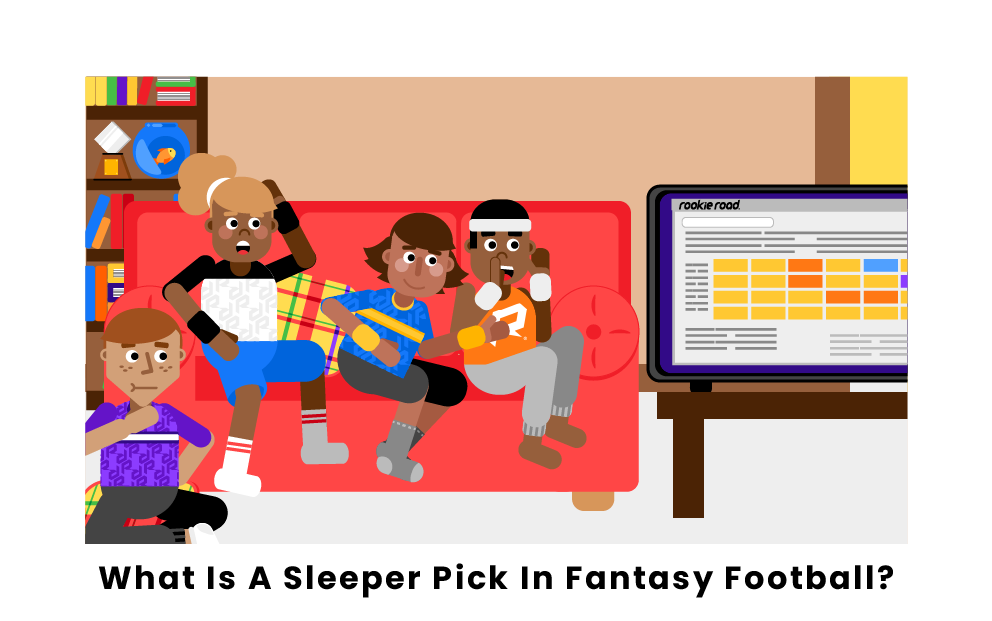 Fantasy football is a great way to follow the NFL season in a fun and competitive manner. When drafting players for a fantasy football team, participants may select what are known as sleeper picks.

A sleeper pick in fantasy football is a player that is expected to be drafted in the later rounds of the draft but is predicted to perform better than expected. It is also anticipated that sleeper picks will generate more fantasy points than other players selected around the same time in the draft. Those participating in a fantasy football league typically try to identify sleeper picks so that they can still acquire the most talented players that will produce the best results as the draft progresses.

To recognize a potential sleeper pick in a fantasy football draft, it is important to be aware of the average draft position of players. A sleeper might have a lower average draft position for a variety of reasons such as an injury from the prior season, playing for a new team, or competition with other teammates for playing time and opportunities.

A few other aspects to consider when attempting to identify a sleeper pick are open spots and touches, an opportunity to start, and the upside of a player. If a team loses a starting player, it will have a position to fill on its roster. Therefore, it is helpful to try to predict what player might be up next to step in for that star player and have a successful season. In addition, when teams lose star players, there are more opportunities for other players to handle the ball more and earn more fantasy points.

Identifying a starting opportunity is also important when predicting a sleeper. If a player does not have a chance for a starting role, they are much less likely to earn fantasy points. Therefore, fantasy owners should make an effort to select players that either start or have a favorable chance of starting.

As players slip lower in a fantasy draft, their upside may increase. If a player has potential to effectively perform throughout the season, their upside increases the longer they remain undrafted. To gauge the upside of a player, it is helpful to consider why the player is being undervalued and the value of the player compared to other players in similar positions in the draft. Additionally, the player’s potential to perform and score points should be compared to the other remaining players in the draft.

What are some recommended sleeper picks for the 2022 NFL season?

How do you play a sleeper in fantasy football?

A sleeper is played the same way as any other player on a fantasy football roster. If one decides that they want to play the player that they identify as a “sleeper,” they must choose to start that player before the game. That way, the player can earn their fantasy football team points. If the sleeper is not started before the game, the points that they accumulate will not be counted towards the fantasy team’s score for that week.

What is a bust in fantasy football?

In fantasy football, a bust is a player that is expected to perform well but fails to meet those expectations. They are considered the opposite of a sleeper pick. A player may be expected to be a bust for various reasons including limited success in the past, a lack of consistency in performing well, concerns over recent or past injuries, if the player is a rookie and inexperienced, or concerns regarding limited playing time.

What is the Sleeper app?

The Sleeper app is a platform for fantasy sports. On the app, users can compete in fantasy leagues for football, basketball, and League of Legends. The app provides an easy process for players to create their own leagues and invite their friends to play. For fantasy football leagues, players simply draft their teams and compete against one another each week. Players can also utilize app features such as the league chat, direct messaging, and a waiver countdown.

Pages Related to What Is A Sleeper Pick In Fantasy Football?