What Does Flex Mean In Fantasy Football? 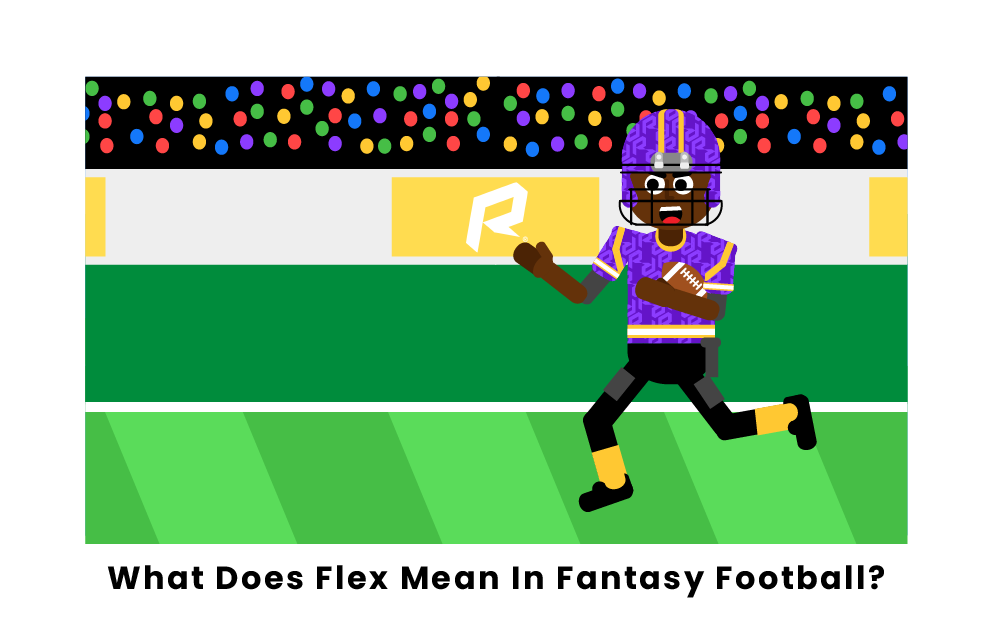 In fantasy football, in order to fill a standard starting lineup, team owners need a quarterback, two running backs, two wide receivers, a tight end, defense, and a kicker. Along with all those positions to fill, many leagues elect to have a flex player in the starting lineup. This is a crucial position in the lineup to win matchups week to week. The flex is either a running back, wide receiver, or a tight end. In a league that uses a flex, the draft can become a race to have the most players of those positions.

The flex is a player that can change week to week, but becomes one of the most important slots in a lineup as the season progresses. It is, however, also the hardest position to fill from matchup to matchup. As a fantasy draft progresses, there are only so many reliable players to choose from, so there becomes a shortage of players to rely on from week to week on a team. This leaves the flex to be altered heavily throughout the season in order to find the player with the best matchup.

It can be difficult to compare running backs to wide receivers because it is hard to figure out how many touches each player will get in their respective games. In rare cases, an owner may elect to insert a tight end into their flex position. This is not recommended since wide receivers and running backs usually have more opportunities to make plays and score touchdowns during a game. When deciding what type of player to use to fill the position, some experts believe that it heavily depends on the type of league that is being played.

However, in a PPR league, teams receive an extra point for every reception that a player makes during the game in addition to the yardage they gain. When playing in this type of league, it would be beneficial to use a wide receiver for the flex position because there are more wide receivers that play during a game meaning there are more options to slide into the slot in the starting lineup.

The top flex players in fantasy football are the players that rack up the most points from the running back and wide receiver positions. These players are the top fantasy players in the game, but the flex position usually focuses around sleeper players. Sleepers are players that many people usually do not value enough to draft high and are picked up off of the waiver wire. However, if you are able to draft and pick up multiple players of the same position, using one as a flex would be advantageous. Some of the best players in fantasy football can be used as a flex, including current players such as:

While most of these players will usually be filled in other roster spots such as running back and wide receiver, they can theoretically be used in the flex position.

What is the flex in fantasy football?

The flex position in fantasy football is an extra player in the starting lineup that must be listed as a running back, wide receiver, or tight end. The flex position may be an indicator of how good a team manager is by looking at how well they fill the position. The flex position can be the player that gives a team that extra boost to win a matchup or be the reason that the fantasy team loses by a couple points.

Can you play a QB at flex?

In standard fantasy football leagues, team managers are not allowed to play a quarterback at the flex position. This is because the flex position is made for a running back, wide receiver, or a tight end. A flex player is usually not a player that scores a lot of points, compared to a quarterback who is expected to put up the most points out of any position when it comes to fantasy points.

Who is the best flex player in fantasy football?

It is hard to decide which player in the league is the best flex player since the flex includes all running backs, wide receivers, and tight ends. Due to this, the question quickly turns into a debate of who is exactly the best player in fantasy football. In 2022, the best player in fantasy football is projected to be Jonathon Taylor. The Indianapolis Colts’ running back is projected to have a massive year, and sits at the top of multiple pre-season draft rankings.

Is it better to play a RB or WR at flex?

Pages Related to What Does Flex Mean In Fantasy Football?