What are the rules of fantasy football? 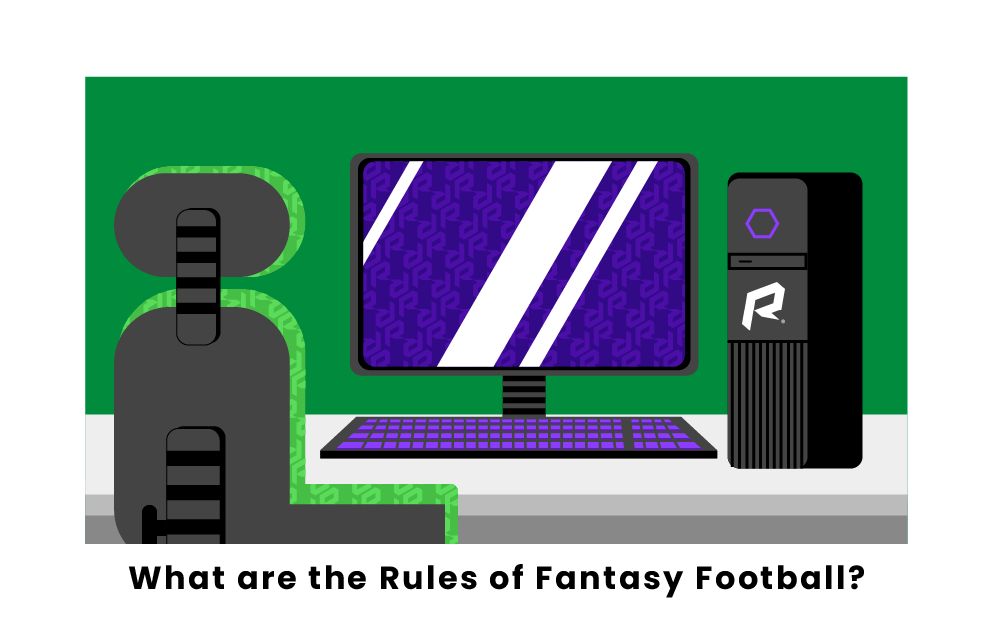 Fantasy football is an online game where people draft, assemble, and manage an imaginary team of real-life NFL players. With these chosen rosters, people compete against each other in leagues that assign point values to NFL player performance in actual football games. Because of fantasy football’s open-ended setup, these designated point values can be different from league to league.

Each league creates its own set of rules to play by, meaning they can assign point values to whatever real-life outcomes they desire. However, there is still a general set of rules that most independent leagues abide by in order to retain a certain level of unity within the community. Most of these rules revolve around the topics of league size, draft protocol, scoring calculations, and roster makeup/management. See below for more details.

Before a league can hold a draft, the group of potential players (called managers or owners in fantasy football) must first decide how many teams they want to have in their league. The traditional size for a fantasy football league is ten teams; difficulty of drafting and trading increases as teams are added to the league. In general, most fantasy leagues fall between eight and fourteen teams per league, each of which will draft and maintain their own rosters. Since there are a finite amount of NFL players that score high amounts of fantasy points, the more teams there are in a league, the more skilled the team managers must be in evaluating performance and managing their roster. Nevertheless, choosing a league size that fits the goals of the players in the league is the first rule that goes into creating a fantasy football league.

Another essential rule in fantasy football is the draft type. Fantasy football revolves around managers choosing players they think will perform well during the season. As such, some players are more likely to score points than others. Because of this, there are a few main draft types that the majority of fantasy football leagues use to ensure that everyone gets a somewhat equal opportunity to pick.

A more traditional type of draft is the linear or “fixed” draft. A linear draft is a type of fantasy draft where the order of draft picks is the same in every round. Thus, the owner who drafts first in the first round will draft first in all subsequent rounds, the second pick will draft second, and so on. Linear drafts are used in leagues that want consistency in the draft, but they are often disliked more than snake drafts, as they do not offer any variability in draft position.

Another type of fantasy football draft is called an auction draft. An auction draft allots a predisposed amount of fictional money to each team manager, allowing them to bid on players as they are put up for auction. Auction drafts are less popular than snake and linear drafts because they are often extremely long and complicated; however, they do award every manager an opportunity to get any player they want if they choose to spend the money. 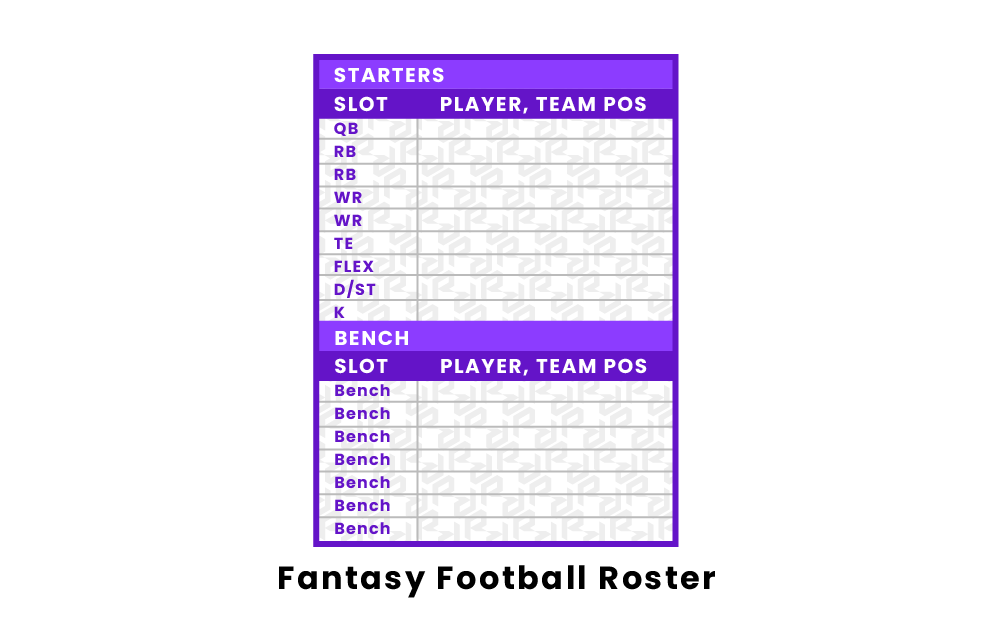 Along with the draft, another important rule in fantasy football is the roster requirements that each team must abide by during the season. In fantasy football, team managers draft whichever NFL player they think will score the most fantasy points, but they must fulfill certain positional requirements. As a result, each fantasy football team will have a specific composition of player positions in their active lineup, as well as a few on their bench.

Players in a team’s active lineup can accumulate points for the owner of their team, while bench players will not add toward this total. In terms of positional requirements, most fantasy football leagues mandate that each active lineup has one quarterback (QB), two running backs (RB), two wide receivers (WR), one tight end (TE), one FLEX (Choice of RB, WR, or TE), one team defense/special teams (D/ST), and one kicker (K).

Most leagues also allow teams six to eight bench slots on each roster, with the exact number depending on the league. Once an NFL player has started their real-life game, the player is locked into the team manager’s roster spot as either a bench player or an active lineup player. League commissioners are allowed to create their league with whatever player position requirements they see fit. This means that some leagues allow four receivers, two tight ends, and even two quarterbacks per team. As a general rule, the system of player positions described above is the standard for most forms of fantasy football.

Waiver claims are submitted on Tuesday morning, and claimed players are awarded to rosters on Wednesday. If multiple managers claim the same player, the team with priority under the fantasy league’s waiver claim rules will get the player. Typically, the team with the worst win-loss record will get priority in the interest of promoting fair competition.

The other method available to fantasy managers for acquiring new players is by trading with their fellow managers. Just like in the NFL, there are no strict rules for trading aside from the timeframe during which they may be performed. Trades do not need to be one-for-one; several minor players are often traded for a single elite one. Remember the trade deadline, which in standard leagues is November 25, sometime around Week 12 of the NFL season. After that date, trading is no longer possible!

Scoring regulations in fantasy football can be somewhat different from league to league, but new players can follow the following format below (referred to as “standard scoring” in fantasy football) in order to gain a fairly accurate estimate:

Other Scoring Methods in Fantasy Football

In addition to standard scoring, fantasy football leagues can employ various other scoring methods that alter the basic formulas above. These other methods include:

The most common scoring systems other than standard scoring are PPR and Half-PPR, which add additional points to receivers based on their number of pass receptions.

Can team managers make trades for players on other teams?

Yes, in almost all fantasy leagues, teams can make trades for players on other teams if both sides agree on the trade before the predetermined trade deadline. In fantasy football, the trade deadline usually occurs around week 12 of the NFL season, meaning that no trades are allowed after this time period.

Can managers switch out players for other players after the draft?

Once the draft has concluded, fantasy managers may add and drop players as they see fit. Because the NFL has plenty of emerging stars, it is common to see fantasy managers pick up players after they have a very productive week. The only limiting factor would be that the manager must drop a player at the same time they pick a different player up in order to not exceed the roster capacity.

How are the fantasy football playoffs formulated?

In standard 10-team leagues, four teams will make the fantasy playoffs, and in 12-team leagues, six teams will make the playoffs. In a 12-team format, the two teams with the most wins will get a bye while the others will compete against each other in a bracket play format. After the bye week and first playoff matchups for the 3-6 seeds, the remaining four teams will compete in two separate matches to determine the winner. While this is standard, fantasy football league commissioners can edit these settings to allow more or less teams in the playoffs.

Pages Related to What are the rules of fantasy football?