What Does ADP Mean In Fantasy Football? 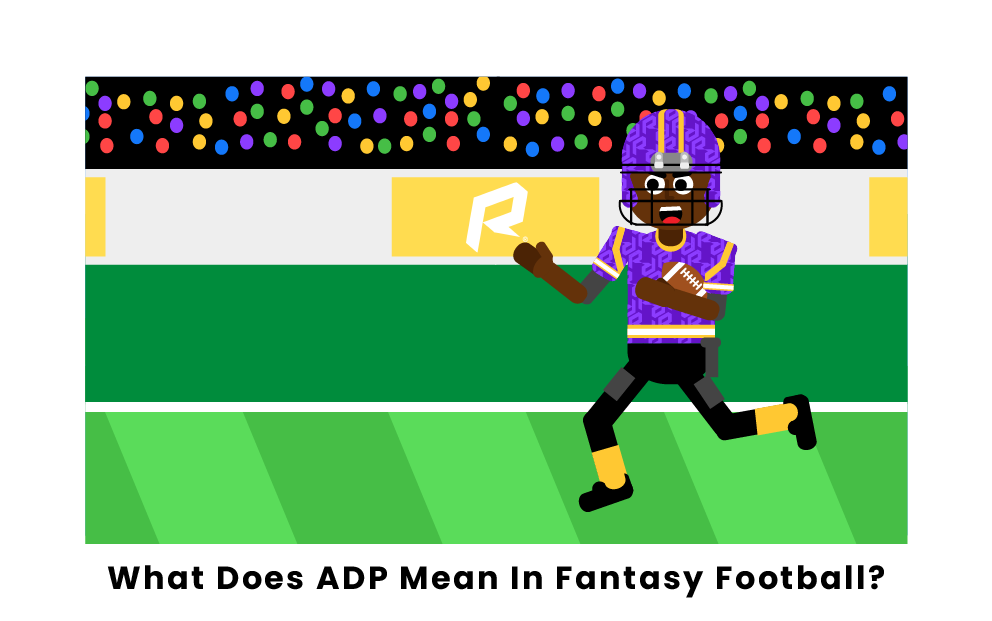 ADP stands for “Average Draft Position” when referring to fantasy football. When drafting a fantasy football team, ADP is a concept that allows benefits for both beginner players and experts of the statistical game.

ADP is the average pick used on a certain player in all fantasy football drafts and mock drafts taken into account for a given service. As more drafts occur, ADP will give a more exact statistic for drafters to believe as the sample size will grow. Luckily, players do not have to calculate this number themselves because it is generally easy to find when using online draft portals.

For novices, ADP can help general managers who may not be very knowledgeable about the game make early and safe draft picks. It can also help beginners decide late round picks from groups of players they may not know about. Statistics like ADP have helped make fantasy football the phenomenon it has become in the United States. By utilizing ADP, any person who wants to play fantasy football can draft a competitive team without knowing everything about the sport.

For more experienced fantasy football players, this concept can help them plan their drafts and try to find sleepers. Many expert players may use a variety of resources to draft a team, but ADP is essential to decipher how other players are valuing players. By utilizing this statistic, drafters can decide whether to draft a player in the fifth round or if that same player might drop to the seventh round where the general manager can find more value.

One disadvantage of using ADP as your only resource when drafting a team is that ADP can be influenced by media hype and trends in fantasy football. Some players, especially first-year running backs, may be valued higher than they should be according to ADP. For example, rookies have yet to step on an NFL field, but because running backs are so valuable in fantasy football, drafters will often take a chance on rookie running backs based on their college performance. In this case, rookie RBs generally pan out to some degree, but if a rookie busts, that is a top-3 pick wasted.

Another drawback of ADP is the fact that it is a statistic that is at least somewhat skewed by the people who draft or create a mock draft first. These drafts, even if the players have no idea what they are doing with fantasy football, set the standard of ADP for the drafts following them. While experienced players can look past this single statistic, this puts novices at a disadvantage.

Finally, ADP may differ between different companies that run fantasy football leagues. Saquon Barkley’s ADP on ESPN Fantasy Football may be 2.4, but his ADP on Yahoo! Fantasy Football could be 4.1. When analyzing top players, these numbers may be very similar, late-round sleepers may differ by many picks. This emphasizes the reasoning behind diversifying the resources used when drafting a fantasy football team.

What does ADP mean in fantasy football?

In fantasy football, ADP stands for Average Draft Position. The average draft position refers to the average pick used on a particular player across all drafts, both mock and actual. By looking at the ADP, you can see an estimation of how valuable other fantasy football owners consider a player in relation to other players in his position.

How accurate is ADP in fantasy football?

As more experts and leagues make mock drafts, ADP becomes more of an accurate representation of where players will be picked in the draft. ADP is generally an accurate measure of where owners will pick players in the draft, especially in the first round. However, as the rounds progress, more players will be picked higher or lower than where they were projected, called outliers. These outliers are usually picked where they are due to personal preference of the owners.

What are some strategies for using ADP in fantasy football?

The best way to use ADP in fantasy football is to take advantage of sleeper players. If a player has a pretty low ADP, you can assume that people generally do not consider them a strong asset to the roster. Adding someone you believe will perform well, such as a talented rookie, that has a low ADP can provide a boost for your team and a surprise for your opponents. ADP is also a great way for new owners to understand basic player popularity.

Pages Related to What Does ADP Mean In Fantasy Football?