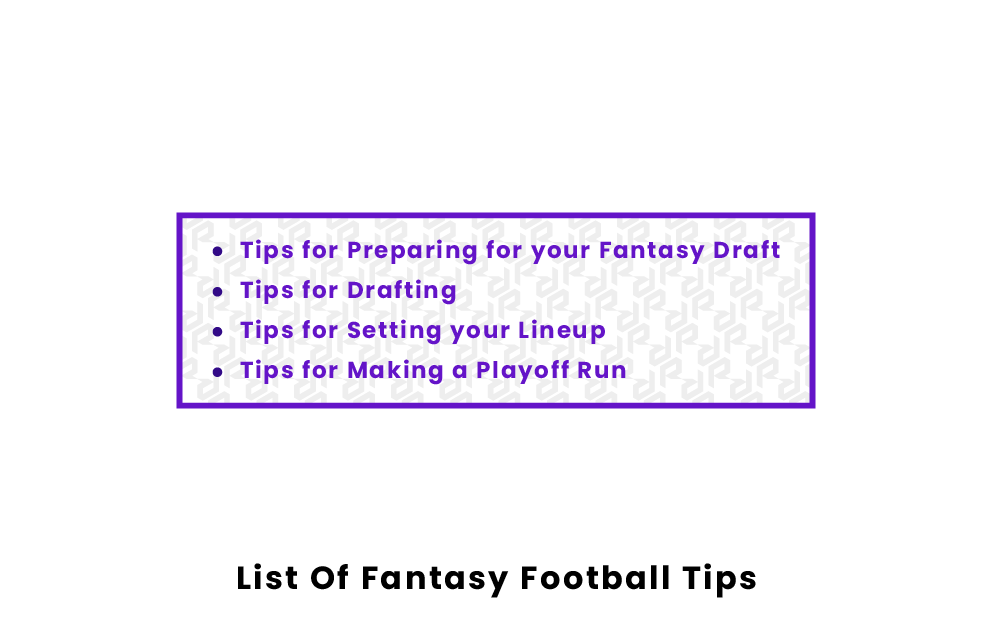 Whether you're new to fantasy football and have no idea where to begin or you're a seasoned veteran looking for an edge over your opponents, you've come to the right place. With these fantasy football tips and just the right amount of luck, you'll be well on your way to winning your league championship.

Tips for Preparing for your Fantasy Draft

Tips for Setting your Lineup

Tips for Making a Playoff Run