How Much of An Advantage Is The First Draft Pick In Fantasy Football? 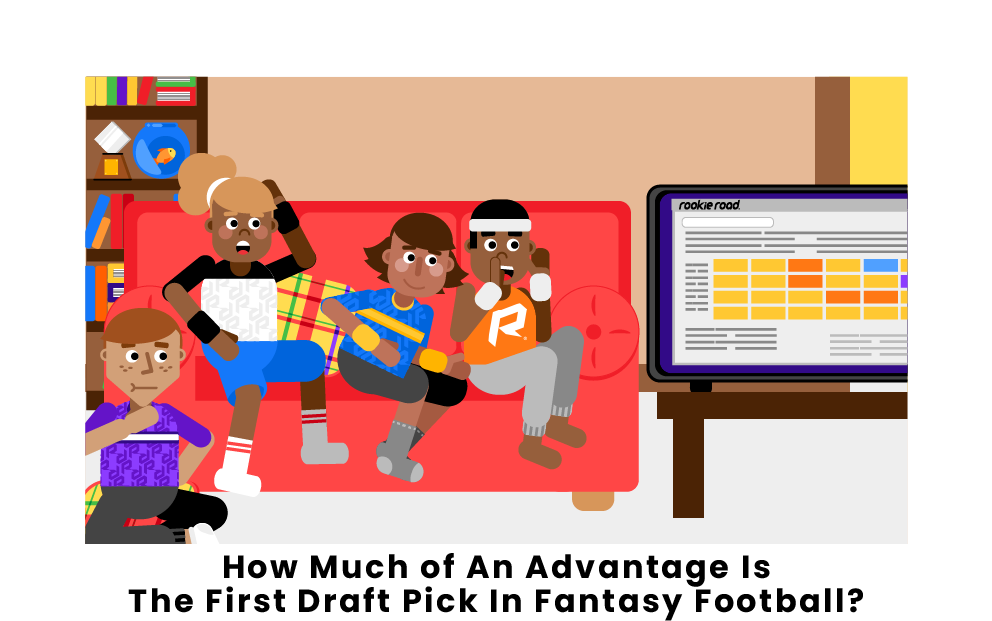 The first overall pick in a fantasy football draft is typically heavily sought-after. However, is it really the best spot to pick from? Depending on the players available each season, the level of advantageousness that comes from having the top pick can fluctuate.

Does the Type of Draft Affect the Advantage of Picking First?

There are two main types of drafts: snake and linear. A snake draft, the most common for fantasy sports, sees the order of picks flip each round. This levels the playing field a bit, so that those who pick early in the first round pick later in the second round, and so on. A linear draft, on the other hand, keeps the same draft order every round. If you have the first overall pick in a linear draft, you have the first pick in every round of the draft.

Linear drafts thus give a much greater advantage to whoever has the first pick. Since they provide such an advantage, linear drafts are considered unfair and are rarely used for fantasy leagues.

Why is it an Advantage to Draft First?

Drafting first gives you an undeniable edge in fantasy football, even if it is a snake draft league. This is because the skill gap between players is the largest around the top of the draft. Thus, it is a big advantage to pick first as opposed to fourth or fifth. Alternatively, in the second round, the players have less noticeable gaps in value between them. Thus, picking at the end of the second round is not that much worse than picking fourth to last in the second round, as you would if you had the fourth pick in the first round.

What is the Best Case Scenario for the First Pick?

Ideally, if you have the first pick, there is a running back who is forecasted to score significantly more fantasy points than anyone else. If this is the case, don’t overthink it: draft him. This is the best scenario for whoever has the first overall pick, as it makes their job very easy.

However, even if there is a player who is clearly projected to be the best fantasy player, they might not live up to their potential. Injuries, and other things out of your control, such as the player’s team struggling to support him, can knock a player down several tiers throughout the course of a season.

What is the Worst Case Scenario for the First Pick?

The years when it is the worst to have the first overall selection are those in which there is not a clear number one. Rather than simply going with the consensus top guy, managers with the top pick in this type of scenario have to make a guess as to who will outshine all the rest. If this is the case, it is actually better to have the second or third selection: you can simply choose whichever top player is not taken first, and you get to pick again sooner.

Even in this situation, it is still advantageous to be able to draft the first player. While there might not be a clear choice to make, it is nice to be able to pick any player you desire. Nobody can steal the person you have your eyes on.

Pages Related to How Much of An Advantage Is The First Draft Pick In Fantasy Football?