How Long Does It Take To Draft A 12 Team Fantasy Football League? 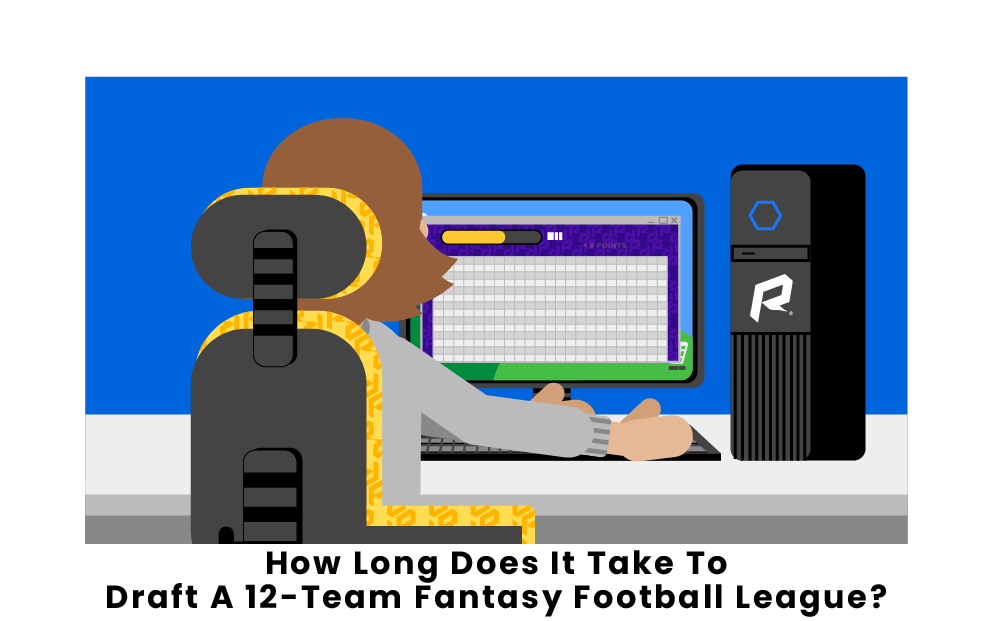 The fantasy football draft is the most exciting part of the season, where everybody comes together to fend for the best players. However, it’s important to know what you are getting into, and how much time you should put aside for it. In this piece, we will discuss how long a 12-person fantasy football draft takes.

How Long is a 12 Team Fantasy Draft?

Since we are discussing 12-man leagues, the league size is 12. The roster size can vary, but the standard ESPN roster has room for 16 players, nine starters and seven bench players. Finally, the league commissioner determines the “seconds-per-pick,” the number of seconds each team owner will have to make a pick in each round. Should a player exceed the time allotted to make a selection, the top player according to pre-draft rankings is automatically selected by that team. Commissioners can choose to make the time-per-pick 30 seconds, 60 seconds, 90 seconds, or 120 seconds.

What is the Maximum Length of a Fantasy Football Draft?

Don’t worry, though: drafts don’t actually take this long unless every player consistently uses the full amount of allotted time to make their selections. In reality, people typically know who they are going to draft before it is even their turn. This helps the draft move faster, as there is less time spent waiting for somebody to make up their mind.

How Does Auto Drafting Impact the Length of a Draft?

Auto drafting occurs when one or more league members are not present for a fantasy draft. Once a member misses a pick, meaning they don’t make a selection in their allotted time, they are put on auto draft. When a player who is on auto draft is up to pick, they instantly take the top-ranked player available. This feature exists so that an MIA league member doesn’t stall the draft.

How long does an eight-team fantasy football draft take?

Eight-team drafts are typically about two-thirds as long as 12-team drafts, since there are two-thirds the number of league members. The maximum length of an eight-team draft, assuming 120 seconds per pick, would be approximately four hours. However, it would rarely actually take that long. Eight-team leagues typically take about 45 minutes, or even shorter if the seconds-per-pick is low.

Pages Related to How Long Does It Take To Draft A 12 Team Fantasy Football League?