How Does The Offense Score In Fantasy Football? 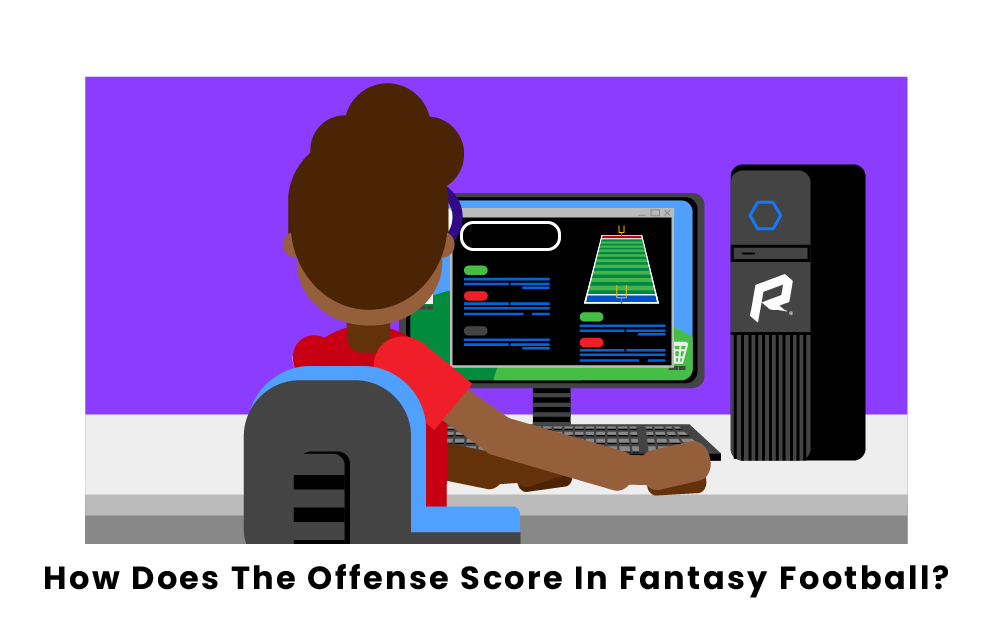 Before getting into the two main fantasy football scoring formats, it’s important to understand what fantasy points actually are. In summary, fantasy points are a representation of the sport itself, no matter what fantasy sport is being played. Players are given fantasy points based on the real-life statistics they record in-game. For example, a touchdown scored by a player in the NFL would translate to six fantasy points. The rule of thumb is the better a player performs in real life, the more fantasy points they will score.

Fantasy team managers will draft a squad of players from different NFL teams, hoping they can score more fantasy points than other managers in their league. In head-to-head leagues, two fantasy teams are pitted against each other, each with a different set of players on their team. Whichever team’s players score more fantasy points wins the matchup. The teams with the best win-loss records from their weekly matchups will make the playoffs to compete for a league championship. The other league format is called “rotisserie,” which is where the team that accumulates the most points over a whole season wins the league.

Regardless of if a league is based on head-to-head matchups or rotisserie formats, the scoring systems for how points are calculated are important to understand. The most popular scoring formats used in fantasy football are standard scoring and PPR scoring. Keep in mind that kickers and defense/special teams units score points differently. 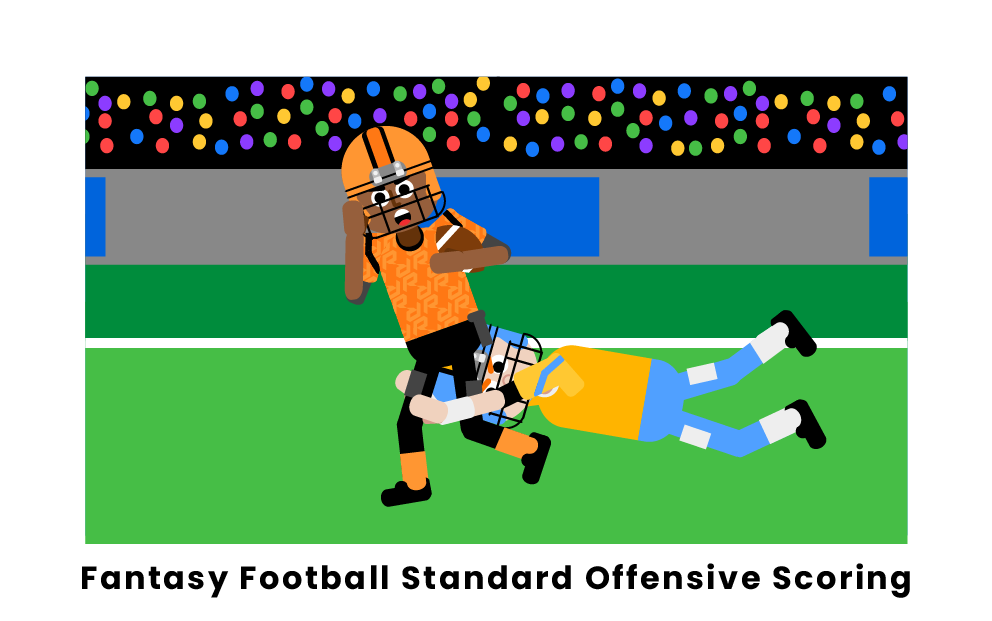 The standard scoring system in fantasy football only rewards a player’s yards, touchdowns, and conversions. As a result, this format places a premium on “volume-type” players. These players handle the football the most during the game, therefore accumulating as many chances for yards and touchdowns as possible. Speaking of touchdowns, they are by far the most important part of standard offensive scoring. In typical settings for running backs, wide receivers, and tight ends, a touchdown is worth six points, whereas a rushing or receiving yard is worth 0.1 points, or one point per ten yards. In standard scoring, all positions are penalized for fumbles lost, losing -2 fantasy points. Standard scoring overall yields fewer fantasy points per game compared to its counterpart of PPR. 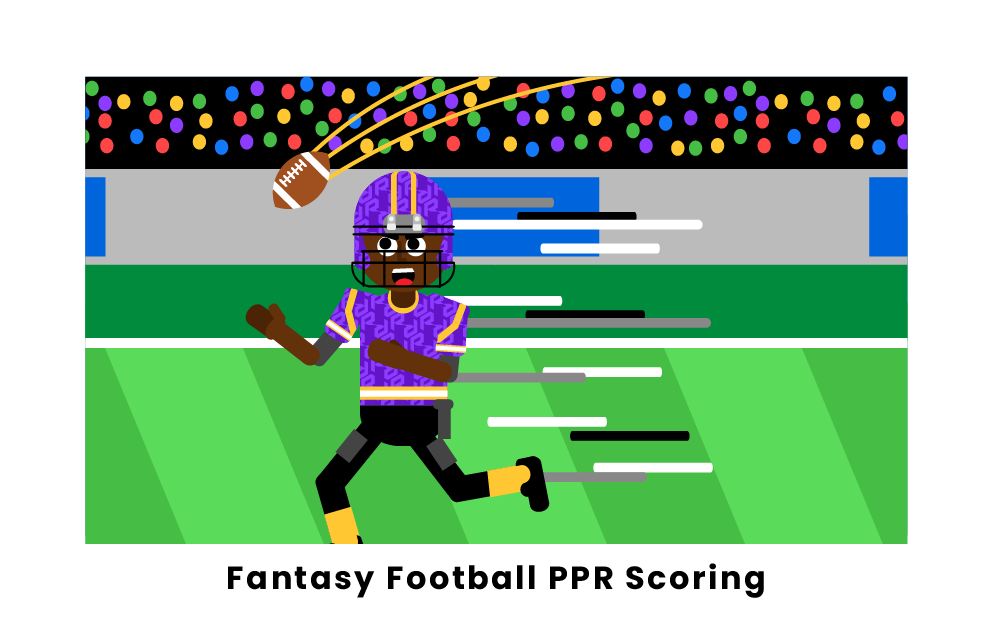 PPR stands for “Points-Per-Reception,” which means a player earns points for a catch made in the game. Awarding a single point for every player reception is the main difference between PPR and standard scoring, as standard scoring does not reward receptions. Usually, players are given one point per catch, but some formats give a half-point per reception instead. Unlike standard scoring, this format values pass-catching running backs heavily. The volume isn’t as important so long as the player receiving touches is catching the ball itself.

A perfect example of a player who excelled much more in PPR compared to standard leagues was James White, a former running back of the New England Patriots. In 2018, White only touched the ball around eleven times per game. However, he finished seventh among all running backs in PPR with over 17 points per game. In a standard format, the running back finished 11th in his position group, averaging less than 12 points per game. This is mainly because White caught 87 passes that season for a total of 87 additional points.

What’s the difference for quarterbacks in standard vs. PPR fantasy leagues?

There’s practically no difference in how quarterbacks are scored in standard and PPR fantasy football leagues. This is because quarterbacks don’t regularly catch passes - although if they catch a pass, they will receive an extra point in PPR. Players that benefit more in PPR leagues include running backs, wide receivers, and tight ends, as they get an extra point every time they catch a pass.

Since PPR rewards points for every reception, the setting produces more fantasy points on average than standard scoring. However, players can finish differently among their position groups depending on the league format. This is because players are used in different ways across the league.

How are turnovers calculated in standard vs. PPR fantasy football scoring?

Turnovers such as fumbles lost or interceptions are worth -2 points in both standard and PPR leagues. Turnovers are counted the same regardless of the scoring format because they’re an independent statistic. However, if a player catches a pass, then fumbles, that player will lose one less point if it were a PPR league. This is because a player receives one point per catch, so with a fumble being negative two points, it equates to a loss of one. In standard scoring, it would be a loss of two points since there is no additional point for catching the pass.

Pages Related to How Does The Offense Score In Fantasy Football?