How Does Scoring Work In Fantasy Football? 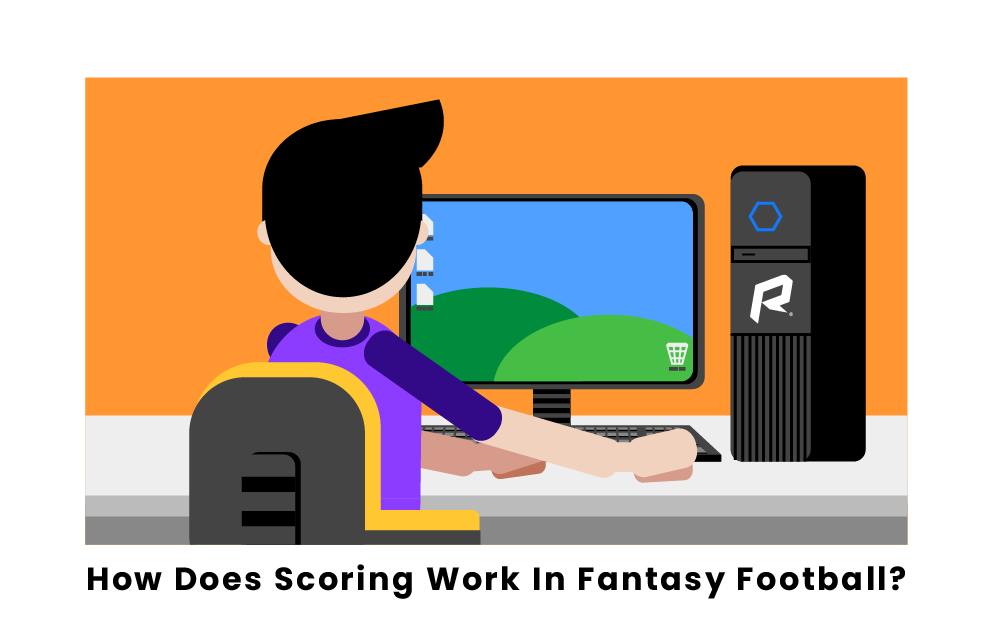 In fantasy football, players get points for how well their chosen team members do during games. They can get points for specific players, or for a group of players, such as the defense for a specific team.

The scoring system in fantasy football is very simple. Players are given points based on performance statistics from that game. For example, a wide receiver would score points based on his statistics for yards, touchdowns, and even fumbles. A common fantasy league involves playing one other opponent to see which person can score the most amount of points total amongst their starting lineup. Starting lineup settings can be changed by the commissioner of the league, but commonly, a starting fantasy lineup will have one quarterback, two wide receivers (WR), two running backs (RB), a tight end (TE), a flex (can be either a WR, RB, or TE), a quarterback (QB), a kicker (K), and a defensive team (DEF). The goal is to pick a lineup that will produce the most stats and therefore more points!

Players can score points in different ways. The table below shows what causes points to be scored or lost and the point values that go with them.

Based on which league you play in the points gained for each of these can be changed, but generally, this is the accepted point spread.

There are so many different variations of how scoring works in fantasy football. The three most popular scoring systems are the standard scoring system, points per reception system (PPR), and the individual defensive player (IDP). All these scoring systems are very similar to each other but have differences that make them unique.

PPR is a scoring system in which completed passes count as a point for the receiver. For example, a receiver in the standard scoring system who catches the ball and runs 10 yards gets one point because (10 yards X 0.1 points per yard). In PPR scoring, the same one point would be scored, but one additional point will be added because they completed the pass, so instead of one point, the receiver would gain 2 fantasy points. The two most popular PPR rules are full point and half-point PPR. The only difference is the number of points the receiver gains from the completion of a pass. In half-point PPR, the receiver is given only half a point for every completion.

How do offensive players score points in fantasy football?

Players earn fantasy points by gaining yards for their team and producing stats. A quarterback can earn points by passing the ball, running the ball, and scoring touchdowns. Wide receivers, tight ends, and running backs both earn points by completing runs, passes, and catches (or sometimes throwing) touchdown passes and runs. Kickers also can score points by scoring extra points and field goals. Players also can lose points by fumbling the ball or throwing interceptions.

How do defensive teams and individual defensive players score points?

Defensive teams score points for your team based on how well the defense played. The defense earns points for sacks, interceptions, fumble recoveries, safeties, defensive touchdowns, kick and punt return touchdowns, and two-point conversions. Not only can a defense provide points for your team, but they can also be detrimental to your fantasy team. Defenses can lose points by letting up points to the other team. If the defense allows more than 28 points (most common settings) then the defense finishes with a score of -1 and would deduct points from your fantasy team.

Defensive teams are a standard on any fantasy lineup, but individual defensive players or known as IDPs are less likely to be used in a fantasy league. This is an option that leagues choose where in addition to drafting a defensive team, you also pick a defensive player. These defensive players get points for solo tackles, assisted tackles, sacks, sack yards, tackles for loss, quarterback hits, passes defended, interceptions, forced fumbles, fumbles recovered, defensive touchdowns, and 2-point conversion returns.

Does the bench get points in fantasy football?

What fantasy football score is considered above average?

There isn't a score that's high enough to secure a win one hundred percent, but there is a point where your odds of winning are much higher. There are many forms of fantasy football, but for the most common; a 10 team standard scoring league; an above-average score is around 110 points. At 110 points, statistically, you have around an 80% chance of winning. Your win percentage with a score of 140 points falls around 95% but after 140 points, any additional points barely affect your win percentage at all.

Pages Related to How Does Scoring Work In Fantasy Football?