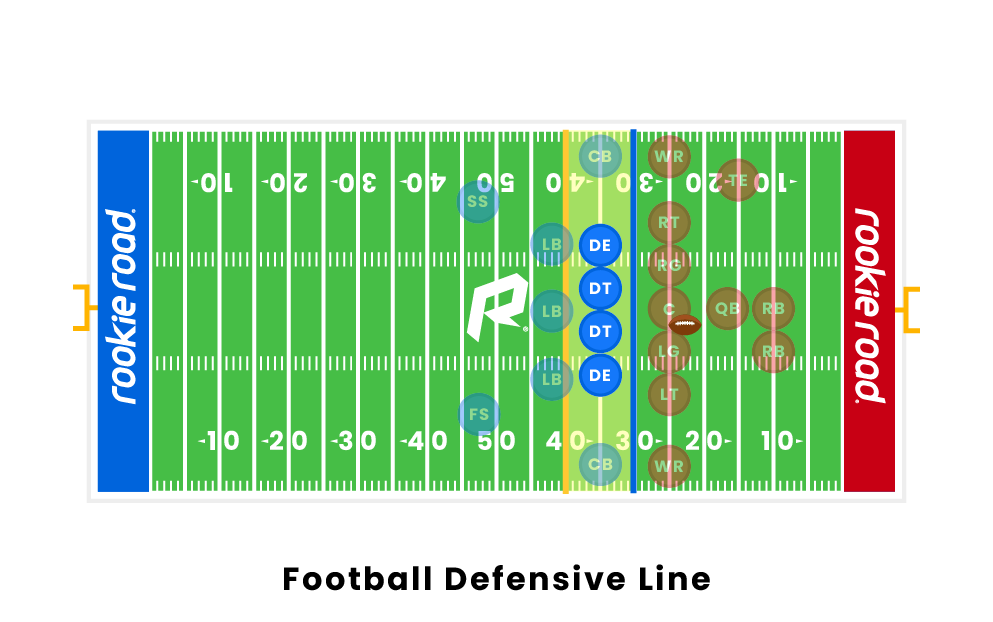 Defensive ends are positioned on the outside on the line of scrimmage and are more geared towards rushing the running back. There is a left and right defensive end, but both are classified as defensive ends in fantasy football. Defensive ends are typically more fast and agile than defensive tackles, as they must quickly close in to the quarterback to prevent excessive time in the pocket.

Neither the end nor the tackle have a particularly high fantasy value when compared to other defensive positions. They do not get a lot of tackles and the majority of their points come from sacks and tackles for a loss, which are few and far in between. Tackles are the most valuable form of scoring in individual defensive player fantasy leagues.

Drafting a defensive linemen in the early rounds of a draft is a risky play. Those rounds are usually better to take stud linebackers. However, if you can get one of the few elite talents, you shouldn’t pass on that opportunity. Guys like Aaron Donald and TJ Watt are superstars that definitely warrant a pick.

All defenders in IDP (individual defensive player) leagues receive the same amount of points for performing the same actions. However, defensive linemen, due to being on the line of scrimmage instead of the secondary, do not usually perform all those actions. Below is a chart showing some common ways defensive linemen earn points as well as how many points each action is worth.

Since tackles are much more common than sacks, they are a more effective means of getting points. Defensive linemen that consistently get more tackles than their counterparts are highly valuable in IDP fantasy leagues. Keep in mind that different leagues or platforms may change the scoring values for the above actions.

What is a defensive lineman (DL) in fantasy football?

Do defensive linemen have a high value in fantasy football?