What is Video Gaming? 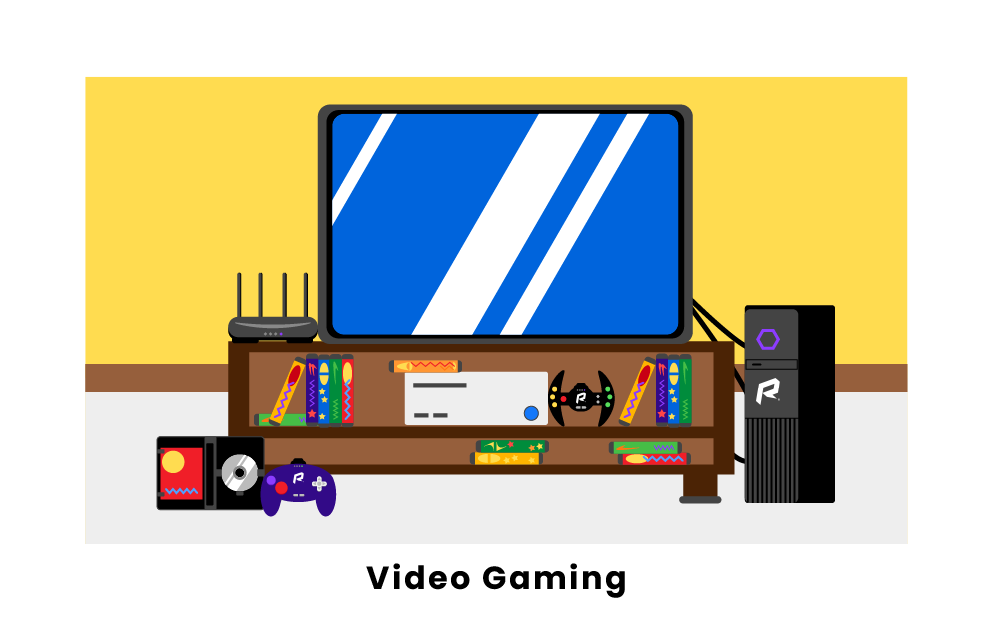 Video gaming, also known as Esports, has become an electronic player in the world of sports over the past years. Players can play alone or become part of a team, with the most popular games being first-person shooters and battle royale games. Tournaments are played both remotely and in-person, with prizes reaching up to millions of dollars. While not an athletic sport, gamers rely on their quick decision making to perform well. 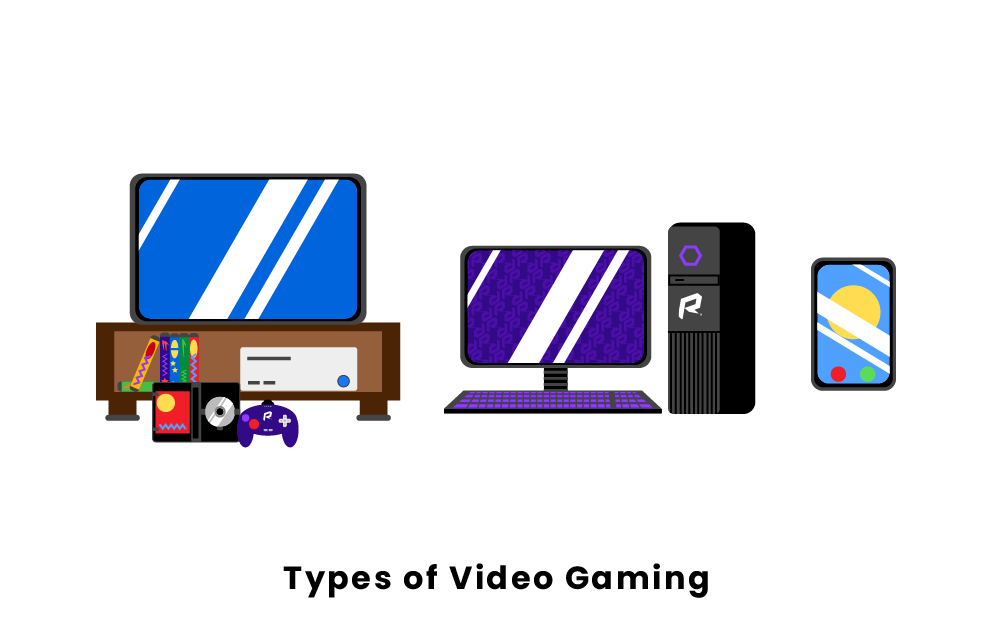 Here are the types of video gaming:

Console Gaming: Console gaming utilizes controllers and a system to play video games. Limited to playing games and viewing content, the main three consoles are Xbox, Playstation and Nintendo. All three brands have exclusive games while also sharing many free to play games. You need a subscription to play online with these consoles. This is the least expensive option for a true gaming experience, but it is still pricey.

PC Gaming: PC gaming is the most popular form of gaming that exists. A gaming computer is costly, ranging in price from $1,000 to $5,000. Computers give you access to all other forms of entertainment via the internet, and the gaming quality on PC is unbeatable. You do not need a subscription to play PC games online, just an internet connection. The main platform to buy games on PC is Steam.

Mobile Gaming: Mobile gaming is a huge part of the industry as almost everyone today has access to a cell phone. These games are available to all, but many are targeted towards children. Most of the games released are free to play, but they offer items in game to purchase. Many popular console and PC games like Fortnite have released mobile versions of the game. Mobile gaming lacks quality but allows you to play anywhere, anytime.

Video games became popular in the 1970s when the first home console was released. First came the Odyssey, created by Ralph Baer, who is known as the father of video games. Towards the beginning of the 80s, Atari released its first console with one of the most popular games ever, Space Invaders. After some down years, companies like Sega and Nintendo provided the foundation of the current surge of gaming. Soon after came the first Xbox and Playstation, setting the standard for modern consoles. 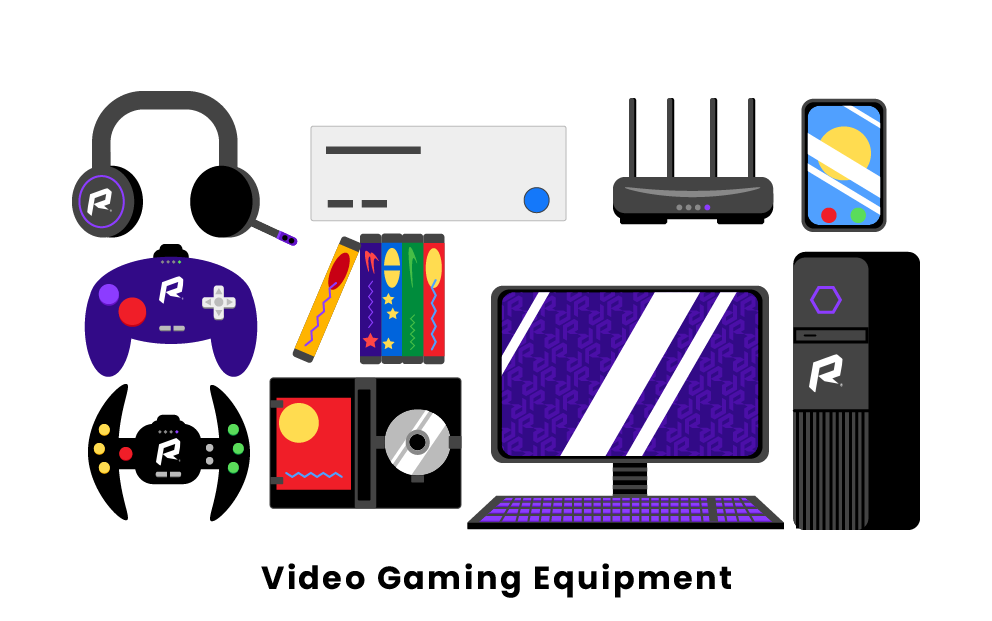 Gaming equipment varies depending on what system you are using. For consoles, a controller and a memory card will be essential for playing and storing games. PC gamers need equipment like a keyboard, mouse, monitor, and mousepad. VR and mobile gaming does not require much equipment besides what is provided. A standard piece of equipment for all types of gaming is a pair of headphones.

Here is the essential video gaming equipment you should have: 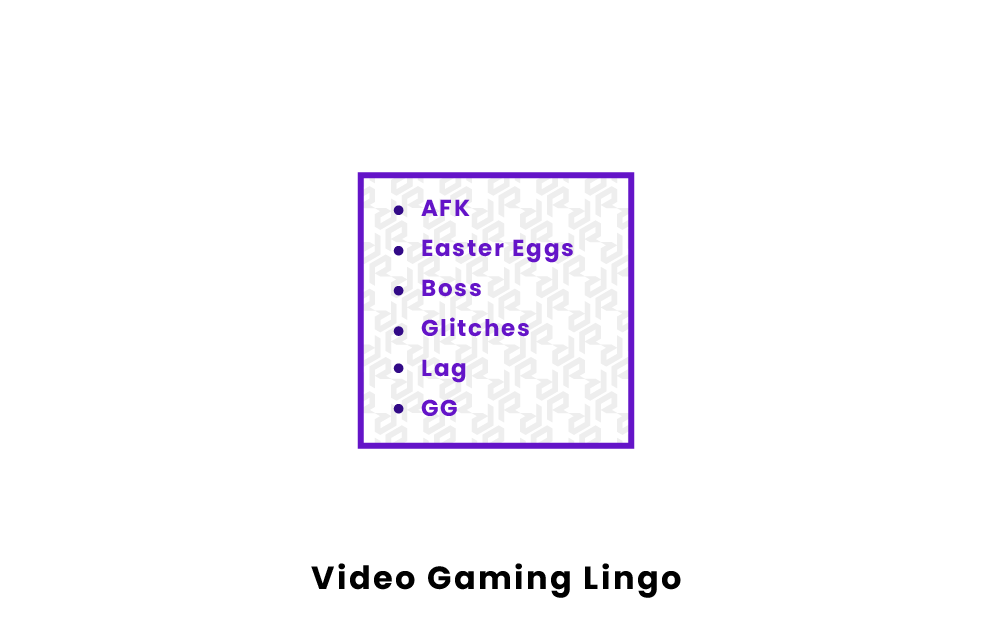 Here is the common terminology and slang in video gaming:

AFK: This term stands for “Away From Keyboard.” This does not only apply to PC gamers. The terminology is used with every type of gaming. Whether the player is in the bathroom or lost connection to the game, AFK is the universal term to let the other players know that they are not currently playing. Try not to be AFK when near enemy teams to not lose the game you are playing.

Easter Eggs: Easter eggs are secret messages or missions placed into certain video games by the developers. Gamers who find these hidden buttons or places often make videos about them and post them online for others to see. Easter eggs can be anything from teasing an upcoming game or unlocking a new part of the current game. It gives players another reason to keep playing.

Boss: A boss in video games if often known as one of the hardest parts of the game to complete. Usually attached to an enemy, the term boss refers to something that is hard to defeat. There may be multiple bosses in one game, and you have to be precise in order to beat them. Never attack a boss without prior preparation.

Glitches: This is when a game does something abnormal. For example, if one of the graphics is messed up or a player finds a way to gain an advantage, they most likely used a glitch. These exploits are often quickly addressed by developers and fixed in updates that are brought to the game.

Lag: Lag is every gamer’s worst nightmare. This has to do with the internet connection more so than the game. Lag is when your game does not run smoothly and sometimes kicks you out of the game due to a disruption in the internet you are connected to. Lag can be frustrating and most of the time is unavoidable.

GG: Known as “Good Game,” this is the term gamers use to show respect to their teammates and opponents after the game has finished. It can be used to get someone mad, but only in certain situations. It is gaming etiquette to say GG to your opponents after each game you play. 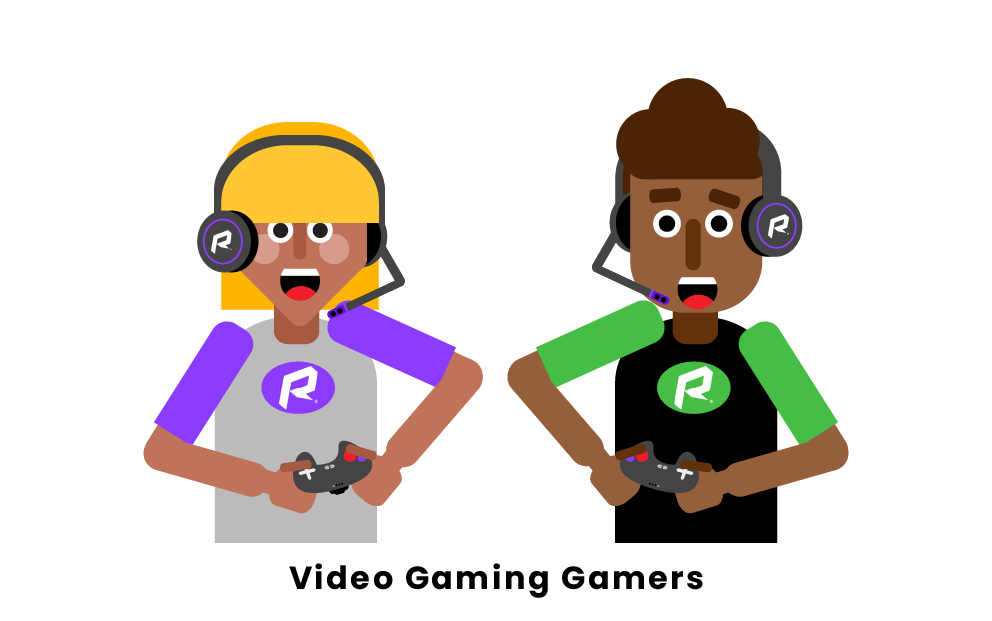 Most of the famous gamers in the industry create content by streaming on websites where their fans can watch them play games in real time. The popular platforms for this are Twitch, YouTube, and Facebook. Successful streamers often stream 8+ hours a day, 6 days a week. From their streams they also create videos and clips to post to their social media channels. The most popular games on streaming platforms are typically battle royale games.

Here are the most famous video gaming players you should know: 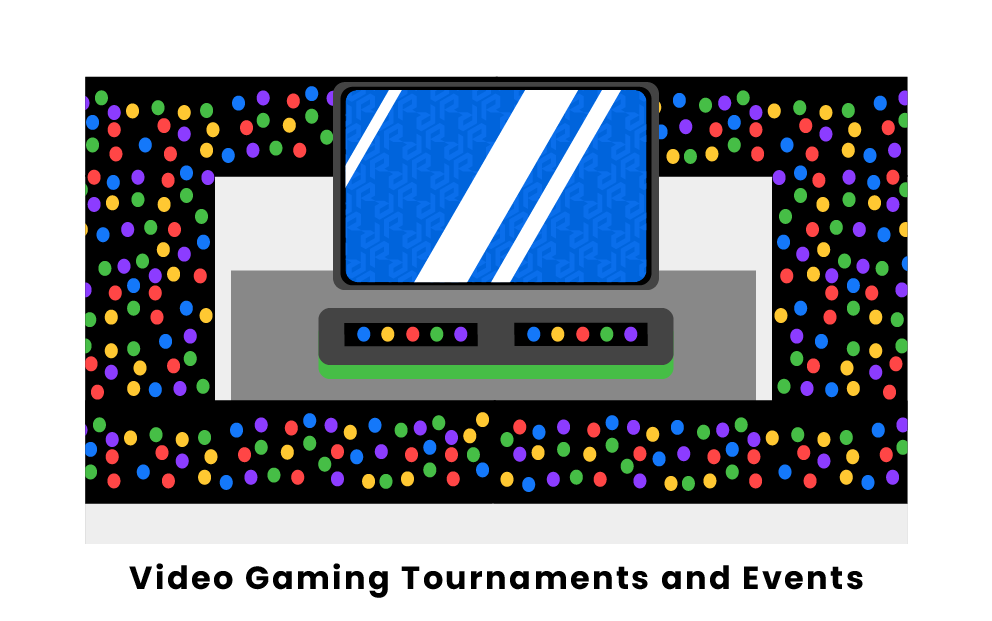 Even before the pandemic, most gaming tournaments and events were held remotely, as gamers have their own personal gaming setups where they live. It is easy and inexpensive to connect people via the internet, and there are many ways to ensure that the game is played fairly. Some games do sponsor in-person tournaments. Some of the big tournaments are for games like League of Legends and Call of Duty. There are different types of tournaments, some include team play and some are for solo players. Most tournaments have some sort of prize money for the last team/person standing.

Here are the most popular tournaments in video gaming:

Call of Duty Championship: Call of Duty tournaments are some of the most popular, and this year’s first place prize is $2.5 million.

Overwatch League Grand Finals: The 2020 Overwatch Grand Finals were nominated for the Best ESports Event award, and their top prize was $2.25 million.

Pages Related to What is Video Gaming?