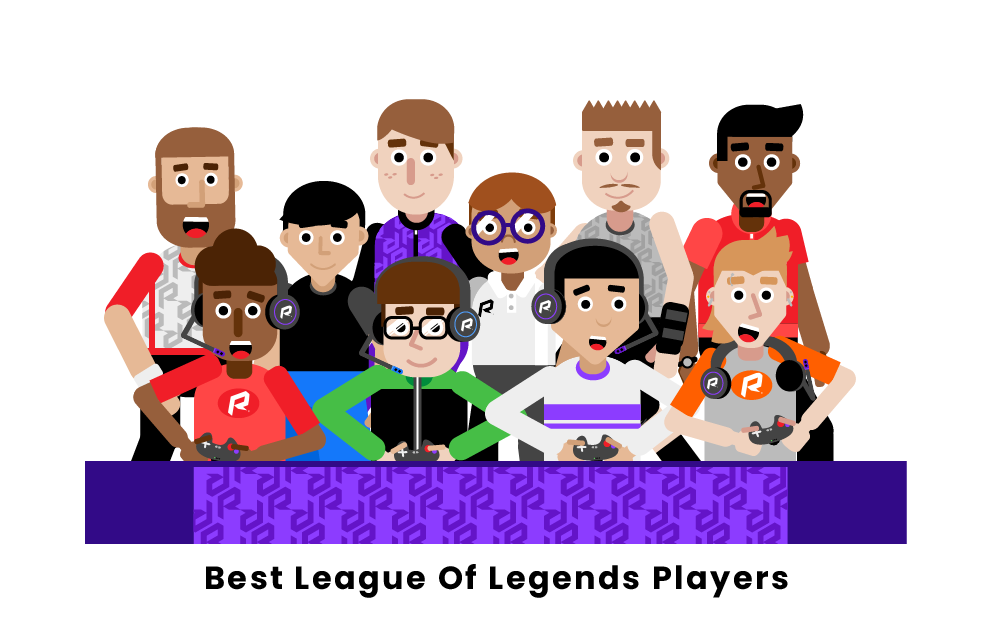 Who are the most popular men’s League Of Legends players?

Since 2013, Faker’s team has consistently been favorites to win global competitions. Faker has lived up to the expectations as his team regularly finishes in the top 5. Faker was the first player in League of Legends Champions Korea (LCK) to reach 1,000 and 2,000 kills respectively. In addition, during the Worlds 2019 competition, Faker reached 100 career international competition wins.

TheShy is a Korean League of Legends player who plays professionally in China. His real name is Kang Seung-lok and he is 20 years old. After being a long-time member of Invictus Gaming, TheShy joined Weibo Gaming in December 2021. TheShy’s position is top laner, and he is regarded as the best in the world at that position. In 2017, TheShy and Invictus Gaming lost in the 2017 Season China Regional Finals to his former team, Team WE.

Song Eui-jin, better known by his gamer name Rookie, is a Korean League of Legends player for China’s Victory Five. Rookie’s position is mid laner and he is considered one of the best at the position, along with Faker. Rookie started his League of Legends career in 2011 as a 14 year old. He is recognized as one of the leaders in growing the League of Legends competitive scene in Korea and internationally.

Uzi is a Chinese League of Legends player who impacted the growth of the Esport greatly. Uzi started his career with the Chinese team Royal Club. In 2016, Uzi joined another Chinese team named Royal Never Give Up where he played for 4 years. Uzi led Royal Never Give Up (RNG) to international prominence. At one point, he was considered to be one of the best in the world at his position of bottom laner.

Injuries began to hinder Uzi and frequently would miss games for his team. Most fans thought Uzi was just resting since each year he would compete in the meaningful tournaments for RNG. However, at only 23 years of age, Uzi retired from professional gaming in 2020 due to hand and shoulder injuries. Nonetheless, Uzi decided to come out of retirement in December 2021 and join Bilibi Gaming.

Uzi is considered a founding father of the top Chinese League of Legends league known as the LPL. Thanks to Uzi’s leadership, Royal Never Give Up has been competitive on the global stage since the beginning of his career.

Luka Perković is a professional League of Legends player from Croatia who is better known by his gamer name Perkz. Perkz plays for the French team Team Vitality. Perkz has previously played the position of mid laner during his career, but switched to bottom laner when he joined  G2 Esports. Perkz joined G2 Esports in the beginning of 2015 when the team was previously known as Gamers2. However, Perkz left G2 in November 2020. He switched back to his role of mid laner during a brief stint with the American team Cloud 9, and remained in that position when he signed with Team Vitality in December 2021.

During Perkz’ tenure with the team, G2 Esports became a top team in Europe and competed extraordinarily well in the international scene. G2 Esports placed 3rd at the World Championships in 2018 and finished 2nd in 2019. Perkz was the leader of G2 Esports, which was only the second European team ever to reach the finals at the World Championships. During the 2020 season, Perkz released shocking news that he will be taking a break from competitive play due to stress related reasons and subsequently left G2.

After only a few days upon his exit from G2, Perkz then signed with Cloud9. His tenure with C9 did not pan out as both sides had envisioned, and Perkz went back to Europe in December 2021 to play for Team Vitality.

Deft, whose real name is Kim Hyuk-kyu, is a professional League of Legends player from Korea. Currently, Deft plays the position of bottom laner for the Korean team DRX. Deft started his professional career in 2013 with the Korean team MVP Blue, which later transformed into Samsung Blue. Deft reached the semi-finals at the World Championships in 2014 with Samsung Blue.

Following the 2014 season, Deft left Korea to join the Chinese team EDward Gaming during the Korean Exodus. Deft became a star in the Chinese Tencent League of Legends Pro League (LPL). In 2016, he was awarded the LPL’s MVP of the Year award.

After 2016, Deft came back home to Korea and has played for the teams KT Rolster and DRX. He joined Hanwha Life for the 2021 season, but rejoined DRX in December of 2021.

Deft has played the position of bottom laner throughout his entire career. Deft reached the 1,000 kill milestone in both the Chinese LPL and the League of Legends Champions Korea league. Interestingly, Deft is the only player in the world to have reached 1,000 kills in two different regions.

Rasmus Winther, better known by the gamer name caPs, is a professional League of Legends player from Denmark. At only 20 years of age, caPs has established himself as one of the best mid laner position players in the game. Between the years 2015 to 2016, caPs played for six different teams before joining the European power team Fnatic.

After finally finding a home, caPs settled in with his new team and guided Fnatic to two League of Legends European Championships (LEC). At the world championships in 2018 caPs helped lead Fnatic to the finals, but they were brutally defeated by Invictus Gaming.

Following the 2018 world competition, G2 Esports convinced caPs to join their team. The super duo of caPs and Perkz led G2 Esports to a LEC championship in 2019 and second place at the world championships.

Rekkles is a professional League of Legends player from Sweden whose real name is Martin Larrson. Rekkles currently plays the position of bottom laner for the French team Karmine Corp. He started playing League of Legends professionally in 2012, where he was one of the youngest players of all time to play in a highly-competitive league. However, his age restricted him from being able to participate in tournaments during the earlier years of his career.

Rekkles first started playing for Fnatic, his longest tenured team, in 2012, but he left to join a variety of different teams before returning in 2013. After leaving again after only a year to join a few other teams, Rekkles rejoined Fnatic in 2015, where he stayed for five years. After leaving Fnatic in 2020, he joined G2 for a year before signing with his current team, Karmine Corp, in 2021.

Interestingly, Rekkles holds the League of Legends European Championship record with the most total kills with 167, and least number of deaths with 27 during an entire split of 28 games. He also boasts an impressive 4 EU MVPs over the course of his career.

Mata, whose real name is Cho Se-hyeong, is a former Korean professional League of Legends player. He was also the head coach for the Chinese team Royal Never Give Up. During his playing career, Mata’s position was support. Many fans consider him to be the greatest player at that position of all time. Mata started his professional playing career in Korea and was part of the Samsung White team that won the 2014 World Championship. Mata was named MVP of the tournament for his incredible performance.

Following the 2014 season, Mata joined the Chinese team Vici Gaming during the Korean Exodus period. In China, Mata also played for Royal Never Give Up for one year before returning home to Korea in 2016. Mata played three years in Korea with KT Rolster and SK Telecom T1 before becoming coach of Royal Never Give Up in 2019.

Doublelift solidified the start of his career and legacy in 2011 with the team Counter Logic Gaming, where he spent four years. Doublelift helped grow the team and the popularity of League of Legends in North America. He spent his entire professional career in the North American league known as the League of Legends Championship Series (LCS). In 2015 Doublelift joined Team SoloMid (TSM), where he led his squad to multiple LCS championships. In 2017, Doublelift decided to switch paths and join Team Liquid, where he led his new team to several LCS championships as well.

In 2020, Doublelift decided to rejoin TSM, where he won his 8th LCS championship. He currently holds the record for most LCS championships by any player. To go along with his team success in LCS championships, he also has an LCS Championships MVP to his name. After once again leaving TSM at the end of 2020, he briefly rejoined in March 2021 as a full-time streamer before becoming independent.

Who is the best League of Legends player?

How much do pro League of Legends players make?

What League of Legends player holds the record for the most championship wins?