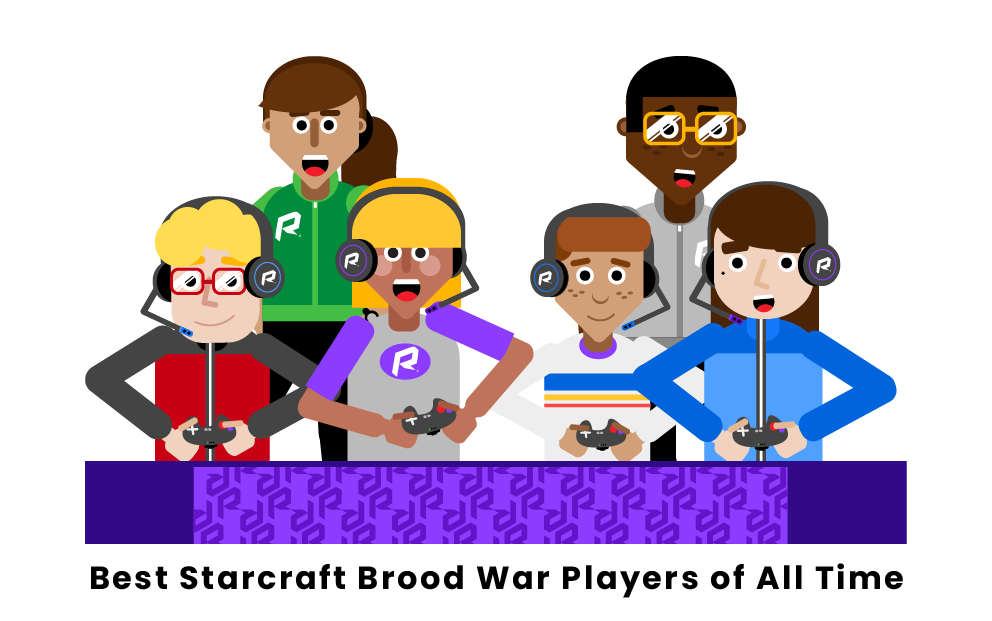 Starcraft Brood Wars is the expansion to the popular competitive game “StarCraft,” and was first released in the United States on November 30, 1998. Since its release, there has been no shortage of talented players in the competitive ranks, and this list will highlight the top six Brood War players of All Time.

Who are the best Starcraft Brood War players of all time?

Lee Young Ho, known as Flash, is a Terran StarCraft player who is widely considered the most outstanding Brood War Player of all time. He is best known for his defensive capabilities, decision-making, and unit control during play, and his 70% win rate backs up his claim to be the best to do it. He broke both BoxeRs and NaDa's record for the longest reign as the #1 ranked KeSPA player and owned the title of most career earnings of any Brood Player of all time, undoubtedly earning him top placement on this list.

Lee Yoon Yeol, commonly known as "NaDa," is a Terran StarCraft Brood War player who also happens to be one of the most successful players of all time. NaDa has had no shortage of success under his belt, and with a $288,493 career total earnings from 50 Tournaments, he has the resume to back this claim up. His winning habits followed him in tournament play with his three MSL and OSL titles that he won, with the latter three titles earning him the prestigious Golden Mouse award.

Lee "Jaedong" Jae Dong is one of the best Zerg players that the Brood War competitive scene ever saw play. He started off running by winning the Korean Esports Rookie of the Year award in 2006 and quickly was seen as the second-best Zerg player. Jaedong expanded his reign in 2007 when he won his first OSL title, best Winning Percentage, Best Zerg, and the Player of the Year Awards. In 2008, he finally claimed the #1 Zerg KeSPA ranking and his first MSL gold.

Lim Yo Hwan, also known as BoxeR, is a South Korean Terran player who is not only one of the most successful and popular StarCraft players but also one of the most influential. Not only did BoxeR manage to bring new Terran strategies that completely changed the way the race was played and viewed, but he also worked to become the first player to achieve 100 OSL wins ever. BoxeR also holds the record for the most WCG Championships; his back-to-back victories in 2001 and 2002 made him the only two-time WCG World Champion. His influence and success professionally more than deserve a place on this list.

Song Byung Goo, who plays under the name Stork in Brood Wars, arguably is one of the best Protoss StarCraft players of all time. He is included as a member of the group nicknamed "Three Neo-Kings," who helped modernize the Protoss style of play to help it become what we know it as today. One of his most impressive feats is that he reached the number one KeSPA player rankings without winning any individual league title. His affinity for coming in second place in major tournaments, occurring eight times, was finally broken in 2007 when he finally won the WCG.

Ma "sAviOr" Jae Yoon is a South Korean Zerg StarCraft Brood War player who lacked the technical skill to fully realize his potential despite his immense natural talent. sAviOr still found success regardless, as he won four MSL and four OSL titles and was ranked number one in KeSPA player rankings nine separate times. Financially, sAviOr was very successful, as reflected in his $338,901 career earnings from 39 Tournaments during his time as a pro. Regretfully, his career was hampered by a match-fixing scandal he was found to be a part of in 2010 that clouded an otherwise awe-inspiring career.

Who is the best Starcraft Brood War player of all time?

There is a long list of respected names when it comes to the best of all time, but Young Ho Lee, also known as Flash, takes the title of the best Starcraft Brood War player of all time. His stats speak for himself, as over his illustrious career, he has total game earnings of over $450,000 in just 43 Tournaments, the most of all time. Flash's most notable achievement was his 2010 World Cyber Games first place victory.

What Starcraft Brood War player has won the most World Cyber Games?

What Starcraft Brood War player has won the most prize money of all time?

Unsurprisingly, the best Starcraft Brood War Players of All Time also happen to be the player that has won the most prize money of all time. Flash has earned the most over his entire career in Brood Wars; his $458,887.84 total earnings from 43 Tournaments firmly places him in first and only amounts to 68.44% of his career Prize Money earned. Flash's 2017 Afreeca Starleague Season first place win was his most lucrative, earning him $17,880.