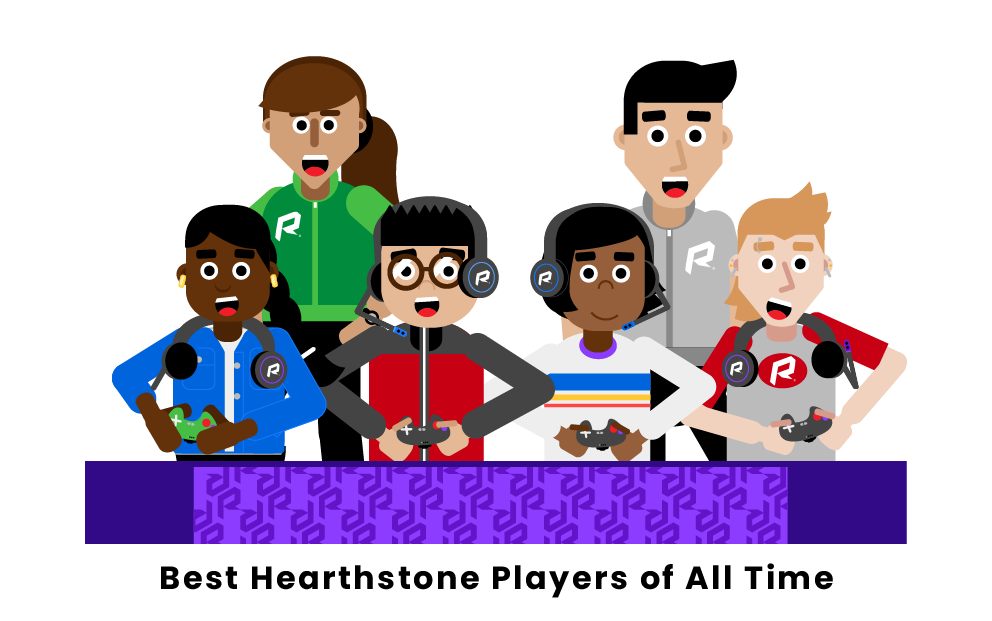 Hearthstone is a free strategy card game that is played online. Players choose different decks to play with. Though anyone can learn to play Hearthstone, it takes a lot of skill to play at the competitive level. Read on to learn about the top six Hearthstone players of all time.

Who are the best Hearthstone players of all time?

Firebat, or James Kostesich, retired from his competitive Hearthstone career via Twitter in October of 2020. He later stated that he no longer had the time to commit to the game to maintain a competitive level. Before he left the competitive world, he won the Hearthstone World Championship in 2014. According to his Twitch, other games he enjoys include Starcraft, Path of Exile, and League of Legends. Though he can no longer be found competing in tournaments, his Twitch is still very popular. You can also find him on Omnistone, the podcast he hosts with Brian Kibler and Dan Chou.

Thijs Molendijk is a Twitch streamer and former competitive Hearthstone player. Over his eight-year competitive career, Thijs amassed over $500,000 in career earnings. Though he retired from the competitive circuit via Twitter in 2021, he went on to be a popular Twitch streamer. His channel has over 700,000 followers and over 100 million views. Before his retirement, Thijs also won the Hearthstone European Championship two times. He said that though he loved his experience being a competitive Hearthstone player and was grateful that he participated for eight years, he felt that retiring was the right decision.

Kolento, also known as Alexander “Kolento” Malsh, is a Ukrainian Hearthstone player ranked number seventeen in Ukraine. Before becoming a professional Hearthstone player, Kolento also played World of Tanks competitively. He does not believe that rivalry should be a part of playing Hearthstone. Instead, he describes the environment in Hearthstone tournaments as tight-knit and supportive, like a sibling relationship. Hearthstone was the first competitive card game that Kolento encountered, and he took to it immediately. His advice to those interested in joining the world of competitive Hearthstone is to constantly think in order to stay several steps ahead of your opponent.

Rdu, or Radu Dima, is a Romanian Hearthstone player and Grandmaster. He established himself as a top player in the Dreamhack Summer 2014 tournament, where he unexpectedly used a Freeze mage deck to win the game against Amaz with an ending score of three-zero. Before winning the Dreamhack Summer 2014 tournament, Rdu participated in the same tournament in 2013; he was unfortunately cut during the quarter-finals. He has a dog named Tokyo, and his hobbies include cooking. He has earned over $150,000 during his career.

Trump, or Jeffery Shih, became the first professional Hearthstone player in the world when he joined Team Razor in 2013. In the Hearthstone Innkeeper’s Invitational of 2013, Trump won against Husky with a final score of three-zero. However, he lost to Artosis in the semi-finals with a final score of one-three. Trump was invited by Blizzard Entertainment to participate in the Innkeeper’s Invitational and was one of only eight people invited by Blizzard. He is also a streamer; he won second place for favorite Hearthstone stream, was a runner up for the highest streaming view on average, and first place winner of the most educational stream.

Lifecoach, or Adrian Koy, is a former competitive Hearthstone player from Germany. Before playing Hearthstone, he was a competitive poker player who earned over $100,000 during his career. He became interested in Hearthstone because of his interest in card games becoming more modern. Lifecoach is known for his hyper analytic style of play, which he teaches to other Hearthstone players on his Twitch stream. His Twitch stream is unique in that he does not profit from it; he believes that Hearthstone should be a supportive community, which is why he does not accept donations or feature ads on his stream.

Who is the best Hearthstone player of all time?

Glory, or Sato Kenta from Japan, is currently the best Hearthstone player in the world. He won the Hearthstone World Championship in 2020 against Jarla with a final score of 3-2. He was a former Pokemon TGI player and started playing Hearthstone after he grew bored of Pokemon TGI. He is a very dependable player, as he typically uses well-performing, reliable decks over new technology. He won two hundred thousand dollars with his World Championship win in 2020.

What player has the most Hearthstone World Championship wins?

What Hearthstone player has won the most prize money of all time?

Thijs Molendijk has won the most prize money of any Hearthstone player. Over his career, he won over $500,000. He began playing in 2014 after growing up playing Mario Kart, FIFA, and Command & Conquer: Red Alert. His first big win was the 2014 Dreamhack Masters in Bucharest. He went on to compete against many top players in 2015, including Lifecoach, Lothar, and Rdu. He was also the Hearthstone European Champion in 2015.

Pages Related to Top 6 Best Hearthstone Players of All Time