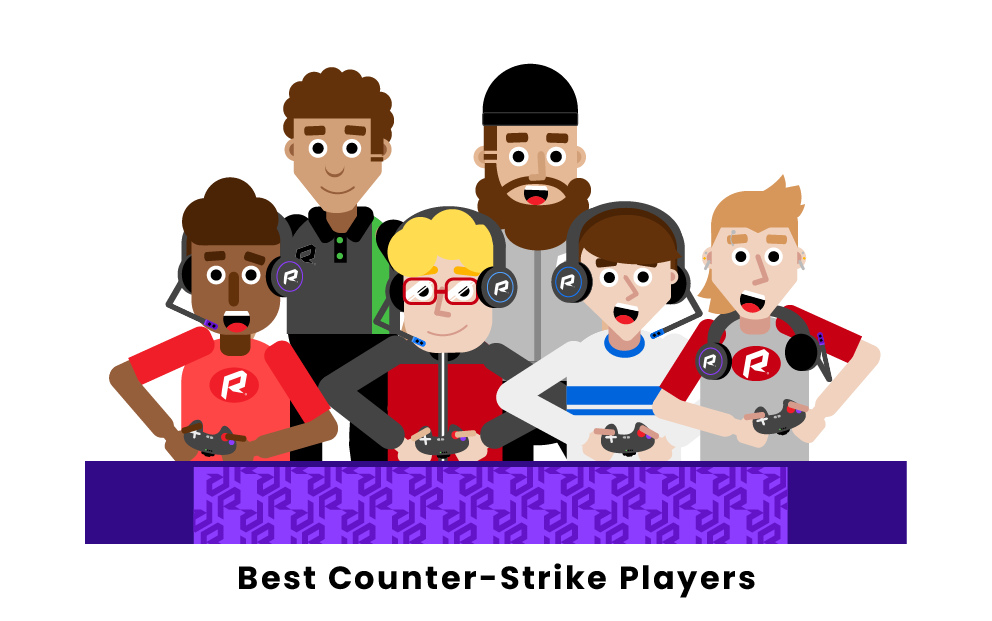 Counter-Strike: Global Offensive (CS:GO) has become one of the most popular Esports games since its release in 2012. Over the years, the game has seen countless players compete online and try to work their way into the competitive scene. However, a few players with incredible skills, mechanics, and a remarkable grasp on the game haven proven to be the best of all time.

Who are the best Counter-Strike players of all time?

Olof “olofmeister” Kajbjer is often considered the best Counter-Strike player of all time. He is known for competing with the powerhouse Esports organization known as Fnatic. Olofmesiter was a member of the team for over three years and was a clear star player. During his time with Fnatic, he won two major titles, including the ESL One: Katowice in 2015 and ESL One: Cologne in 2015. Olofmeister also helped the team win numerous other LAN events, including six consecutive trophies. He continues to compete today, now playing for FaZe, with his sights set on continuing his reputation as one of the best of all time.

Nicolai “dev1ce” Reedtz is another one of the best Counter-Strike players of all time and has a slew of accolades to prove it. Dev1ce competed for Astralis, one of the strongest Counter-Strike teams, before recently switching to Ninjas in Pyjamas (NiP). While he is not known as the best player in any one aspect, his playing style combines various different necessary skills that allow him to propel his team to success. Throughout his career, dev1ce has won an impressive four major titles and 19 MVP awards, tying star player “s1mple” for the most in CS:GO history.

Oleksandr “s1mple” Kostyliev is known as one of the best mechanical Counter-Strike players. He competes for Natus Vincere or “Na’Vi,” a team that has experienced success but has been thought to limit s1mple from his true potential. However, the team has shown promise in the past year, and s1mple was able to accumulate his 19th MVP award, tying dev1ce for the most of all time. Additionally, eight of his MVP awards came in 2021, breaking the record for the most MVP awards in a single year. Aside from this, s1mple has also won numerous player of the year awards and the PGL Major Stockholm title in 2021.

Christopher “GeT_RiGhT” Alesund is not active anymore but is considered to be one of the best Counter-Strike players of all time. He ended his career in January of 2021 and is now a streamer for Dignitas. Throughout his career of over 14 years, GeT_RiGhT saw a majority of his success while playing for Ninjas in Pyjamas, alongside close teammates f0rest and Xizt. During his time with the team, he competed in five consecutive finals and finished first in the ESL One Cologne 2014. He was also ranked #1 and #2 best player for several years and won a total of 10 MVP awards.

Kenny “kennyS” Schrub is a talented professional Counter-Strike player from France. During the earlier years in his career, he made a name for himself from his bold sniping style with the AWP (Arctic Warfare Police) in Global Offensive. While most recently competing for G2 Esports, kennyS experienced much of his success while playing for Team EnVyUs. With EnVyUs, he won a major title at the DreamHack Open Cluj-Napoca in 2015 and also earned the MVP award at the event. On top of this, he was named MVP nine other times for a total of 10 MVP awards.

Marcelo “coldzera” David is one of the most competitive Counter-Strike players who currently competes for 00 Nation, a team from his home country of Brazil. He joined 00 Nation in January 2022 and previously represented teams including Complexity and FaZe. Coldzera experienced most of his success while playing for Luminosity, where he won two major titles and was named MVP in both major events in 2016. In addition to this, he was ranked the best player in both 2016 and 2017 by HLTV. While he was sidelined during the last few months of 2021, Coldzera is determined to help his team of young talent establish themselves in the CS:GO competitive realm.

Who is the best Counter-Strike player of all time?

There has been much debate over who the best Counter-Strike player of all time is. Olofmeister is often considered one of the best in history because of his impressive track record while competing for Fnatic, where he won two major titles and won six consecutive LAN (local area network) events. Another player who may be considered the best of all time is dev1ce. He has the credentials to prove it, with four major titles and 19 MVP awards, tied for the most of all time with s1mple.

What player has the most Counter-Strike: Global Offensive Major Championship wins?

The most Counter-Strike: Global Offensive Major Championship wins by any player is four, with several players achieving this milestone, including dev1ce, gla1ve, Xyp9x, and Dupreeh. All of these players were members of the powerhouse team Astralis and won multiple major championships competing together. A few other CS:GO players have three major championship wins under their belts to date, including Magisk, Flusha, Pronax, and JW.

What Counter-Strike player has won the most prize money of all time?