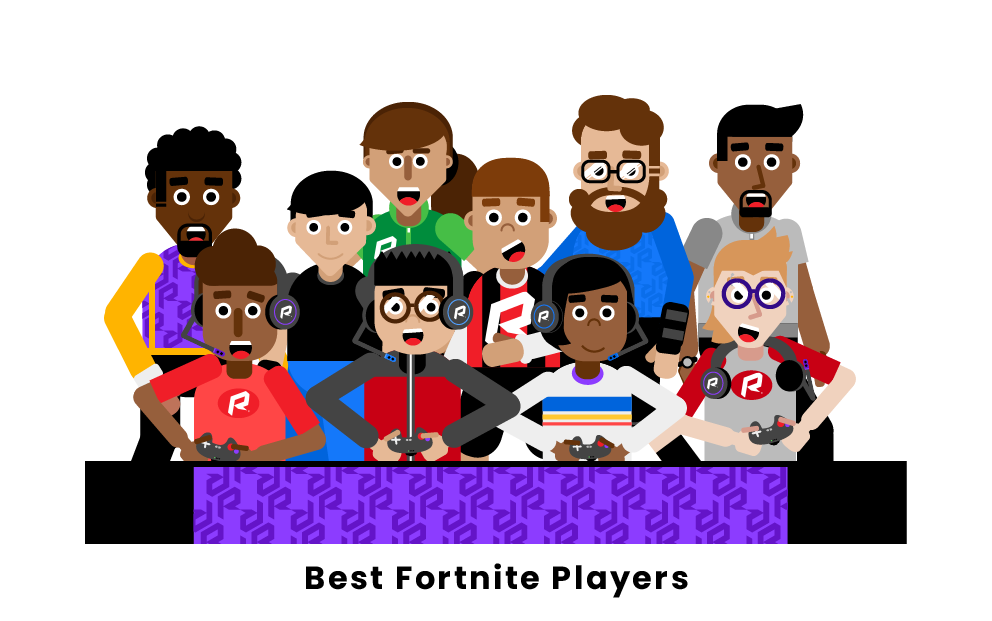 Who are the most popular Fortnite Players?

Kyle “Bugha” Giersdorf is a Fortnite player from the USA known for his success in the 2019 Fortnite World Cup as the first-ever solo champion. Bugha was the first North American player to qualify for the tournament, leading him to the Solo finals and the championship. He scored 55 points, which was substantially higher than all other players in the tournament. His success earned him the final prize of $3 million. This achievement made Bugha a multimillionaire at age 16 and the highest-earning Fortnite player in the world. Following that, Bugha, accepted the Game Award for the Best Esport Player of 2019. Bugha maintains a Youtube channel with over 4.2 million subscribers and a Twitch streaming channel with over five million followers. He is one of the top players in the North American East region and has competed in every FCNS tournament, reaching the top of the charts.

David “Aqua” Wang is best known for his success in duo tournaments with his partner, Nyhrox. The duo ranked first in the 2019 Fortnite World Cup Duo Finals, giving them a prize of $3 million. This prize instantly made him the third highest-earning Fortnite player in the world, following Psalm. Based in Austria, Aqua is the top European player on the list, soaring high in championships and earnings. He is a player for COOLER Esport, a European eSport organization, where he began his partnership with Nyhrox. After Nyhrox left the team, Aqua continued to play for the team.

Following the Fortnite World Cup, Aqua continued his success, winning multiple other tournaments in FNCS trios, squads, and duos. Aqua came in second place in Squads for the Amar Trios Cup. He also streams on Twitch while playing Fortnite, where he has over 450k followers.

Emil “Nyhrox” Pedersen, the partner of Fortnite player Aqua, has had strong success and high earnings. Coming in 4th in overall earnings, Nyhrox made a name for himself in the 2019 Fortnite World Cup duo match by coming in first place with his partner, Aqua. Based in Norway, Nyhrox and Aqua are the top-ranked European Fortnite players in earnings and tournaments. After their success in the World Cup, the two decided to split up since Nyhrox was leaving the COOLER Esport team, where they both played together.

Shane “EpikWhale” Cotton ranked third in the 2019 Fortnite World Cup, earning him the third-highest prize and recognition from the Solo finals. This success makes him ranked fifth in the world for highest-earning Fortnite players. Aside from being a solo player, EpikWhale ranked in 12th place as a duo with partner Storm. EpikWhale is one of the greatest players in the North America West region and is a player for NRG esports North America, along with fellow top Fortnite player, Zayt. In the FNCS tournaments, EpikWhale continues his success by placing fourth in recent trios and squads finals. Although not as popular on social media, EpikWhale uploads videos on Youtube and Twitch, where he maintains a substantial following of fans.

Harrison “Psalm” Chang, ranked second in the 2019 Fortnite World Cup solo match, where he came runner up to Bugha with 33 points. His success in the tournament earned him $1,800,000 in prize money, making him the second highest-earning Fortnite player in the world. Psalm was a player for Counter Logic Region and is recognized as one of the greatest players in the North American West region. While he continued to play tournaments after the World Cup, in April of 2020, Psalm announced that he is retiring from his Fortnite career and moving to a new gaming platform. With 130k+ followers on his Twitch streaming account, Psalm switched from Fortnite to now playing Valorant competitively and on his streaming platforms.

Turner “Tfue” Tenney makes the list as one of the most well-known Fortnite players in the world. In his early career, Tfue was very successful in competitions and was the highest-earning player. After not performing as well in the 2019 Fortnite World Cup and FNCS series, he maintained his following through streaming. Tfue averages 28k daily Fortnite streams on Twitch, with around 11 million followers. This makes him the second most-followed channel on the platform, trailing behind Fortnite competitor Ninja.

Aside from Twitch, Tfue continues his fan following on his Youtube channel, where he has over 11.9 million subscribers and posts weekly videos of him playing Fortnite. This Youtube channel includes other Vlogs, which make him one of the most popular eSports players, and contribute to his overall success. Tfue was an active player for FaZe Clan esports team until May 2019, when lawsuits between the player and the team emerged.

Richard “Ninja” Blevins is considered the most popular name in the Esports world for his Twitch streaming and Youtube videos playing Fortnite. Ninja has over 17.5 million followers on Twitch and over 500 million views on his streams. His Twitch channel is the most followed channel on the streaming platform. Aside from Twitch, Ninja also maintains his following on his Youtube channel, which has over 23.9 million subscribers. Some of his best videos playing Fortnite have reached over seven million views. He began his gaming career in 2009 playing Halo 3 professionally and became increasingly popular in 2017 when Fortnite gained popularity. As one of the most well-known players in the world, his fame contributes to the fame and rising popularity of Fortnite. While his success competitively may not be seen through the Fortnite World Cup or FCNS series, his gaming ability and internet personality make him one of the greatest players in the world.

Williams “Zayt” Aubin is a Canadian Fortnite player and has proved to be one of the best players in North America. Well known for his duo with Saf, Zayt has a strong presence in the Fortnite community and in competitions. In the 2019 Fortnite World Cup, Saf and Zayt were in the lead until the very end. The duo ended up finishing in fourth place, earning them just over $1 million. Zayt continued on to play in the Solo competition of the World Cup and ended up in 36th place. In all major competitions, Zayt is on the top of the leaderboards. Zayt is a player for NRG esports North America and continues to play tournaments as Squads and Duos with Saf.

Rocco “Saf” Morales, duo partner of Zayt, is known for being a part of one of the greatest duos in the game. Saf and Zayt together have placed in the top five of every major duo tournament, placing fourth in the 2019 Fortnite World Cup. This earned them just over one million dollars. This, along with the other competitions, has made him the 11th highest earning Fortnite player. From the United States, Saf is one of the top players in the North American East region. After spending two years with Ghost Gaming, Saf left the organization in 2020. In 2022, Saf announced his retirement from professional gaming.

Kyle “Mongraal” Jackson can be considered the greatest player from the UK to have success in competitive tournaments, Youtube, and Twitch. With over 4.5 million subscribers, Mongraal has become the internet gaming star of Europe. His Twitch profile has over five million followers, with daily broadcasts reaching 37k viewers. On Youtube, his videos average a million views, with popular ones having six million views. While his earnings from competitive tournaments make him the 18th highest-earning player, he also profits from Youtube sponsorships and merchandise.

Who is the best Fortnite player?

Who is the best Fortnite streamer?

The best Fortnite streamer in the world is Richard “Ninja” Blevins. Ninja has over 17.5 million followers on Twitch and over 23.9 million subscribers on Youtube. His success competitively and on these platforms has resulted in him having his own skin of himself in the game. Ninja was acquired by Mixer in 2019, signing a contract for millions of dollars to use their streaming platform over Twitch. However, after Mixer shut down for good, Ninja returned to Twitch, where he remains the most followed streamer on the platform.

What are the biggest tournaments that the best Fortnite players play in?

Who was the best Fortnite player in the world in 2019?