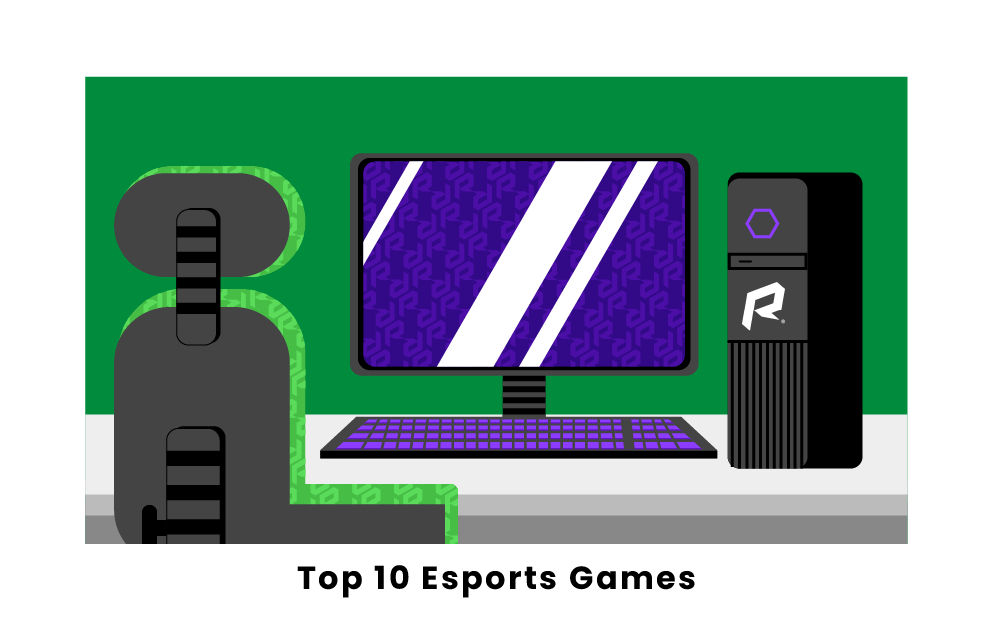 What are the most popular Esports games?

League of Legends is called a multiplayer online battle arena, or MOBA, game that was released by Riot Games in 2009. In the game, there are two teams of five players that compete to make it across the game map to destroy the opposing team’s Nexus, or homebase. In addition, each team must defend their own Nexus from being attacked. The game is most commonly played on a PC.

In the eSports arena, League of Legends has more players and viewers than any other game. The game currently has over 100 million players and it set a world viewing record at League of Legends Worlds in 2019 with 3.9 million viewers. On average in 2019, the game received anywhere from 170,000 to 250,000 viewers during competitions. The current 2020 prize pool for League of Legends is around $9 million.

Counter-Strike: Global Offensive (CSGO) is a first-person shooter game that was released by Valve in 2012. The game is made up of two teams of five players: one team is the terrorists while the other team is the counter-terrorists. The objective of the terrorist group is to plant bombs on one of the bomb sites while the counter-terrorists try to find and defuse the bomb within 40 seconds after it is planted.

CSGO has built up a very loyal fanbase, as the original Counter-Strike was released in 2000 and was the first eSport game in history. During the pro league, the game receives an average of more than 100k daily viewers. In 2019, the daily viewers averaged out to be 200k. During the IEM Katowice tournament in 2019, the game reached its highest number of viewers at 1.2 million. So far, the game’s projected prize pool for 2020 is $20 million.

Fortnite is a battle royale style game that was released in 2017 by Epic Games. To begin a match, 100 players drop out of flying buses to land at different locations around the map. After landing, players harvest materials for building and search for additional weapons/equipment. The goal is to eliminate all the other players and be the last one standing.

After becoming a competitive game in the summer of 2018, Epic Games has hosted several tournaments such as the Summer and Fall Skirmish and a World Cup in 2019. In 2019, the average daily viewers ranged from 150k-200k with the most viewers during the 2019 Fortnite World Cup at 2.3 million. Out of all the eSports games, Fortnite has the highest number of players and largest prize pools. The game’s prize pool for 2020 is currently $7 million.

Dota 2 is a real-time strategy action game that was released by Valve Corporation in 2013. In the game, players, or “heroes, ” are split into two teams of five with the objective to take down the enemy Ancient structure. Throughout the game, heroes level up and acquire gold through different experiences such as battling opposing heroes, creeps, and buildings. This gold can be used to purchase items that help the hero level up and improve its capabilities.

Dota has a successful eSports following and even has its own professional league called the Dota Pro Circuit. The goal of most teams is to earn a spot in Dota’s annual tournament called The International. In 2019, the prize pool for the tournament was the largest in eSports history, totaling $34 million. The average viewers for Dota 2 ranges from 70k-100k with the highest reaching 328k during the Hearthstone World Championship in 2016.

Hearthstone is a card based game that was released by Blizzard Entertainment in 2014. In the game, players assemble a deck of 30 cards from their collection to battle against the other players in the match. Throughout the match, players take turns playing their cards with the objective to decrease the health of the other players and eliminate them. With each turn, players acquire Mana crystals that give them power to play cards and use hero powers.

Call of Duty is a first person shooting game developed by Activision and initially released in 2003. The game began with an emphasis on a single player campaign but eventually introduced many popular multiplayer modes. The original COD games were centered around a World War II theme where players would play as soldiers and fight against opposing armies. The increasing popularity of multiplayer combat eventually led to the development of Major League Gaming and the Major League Championship.

Since first becoming competitive in 2010, COD has continued to introduce new versions of the game. In 2013, the game held the first Call of Duty World Championship that boasted a prize pool of $1 million. Today, the average viewers of a Call of Duty League event can range from 40k to 100k with the largest at 189k during the 2019 Call of Duty Championship. The 2020 prize pool is currently at $6 million.

Overwatch is a multiplayer shooting game that was released by Blizzard Entertainment in 2016. In the game, players can choose from 32 different heroes to play as, all equipped with different skill sets and specialties. Heroes can take one of three roles including Tank, Damage, or Support and compete on teams of six in various combat game modes. The game modes include practice range, play/practice vs A.I., quick play, arcade, competitive play, and custom game.

The Overwatch League was established in 2018 and made up of 20 teams divided into two conferences. The league’s initial prize pool was an impressive $3.5 million. Today, the average viewers for a regular-season match is around 30k while the highest viewership was at 1.1 million viewers during the 2018 Overwatch League Grand Finals. The current 2020 prize pool is at $5 million.

Rainbow Six Siege is a first-person shooting game released by Ubisoft in 2015. Players in the game are placed on two opposing teams of five: one team is the attackers or “counter-terrorists” while the other is the defenders or “terrorists.” The objective of the terrorist team is to defend their territory, usually containing either a hostage or bomb, from the counter-terrorists whose goal is to penetrate the enemy territory to dismantle the bomb or save the hostage.

The Rainbow Six Pro League was established in 2016 and is made up of seven different global regions. While initial tournament rounds do not have as many viewers, the later rounds average between 40-50k viewers and can often hit 100k during the final round. The game’s greatest viewership occurred during The Six Invitational in February 2020. During the Invitational, the largest number of viewers was 303k and the prize pool was $3 million.

Rocket League is a game developed by Psyonix that was released in 2015. In the game, players control special cars to essentially play a game of soccer. Like soccer, the objective of the game is to advance the ball downfield with your team of cars and score the most goals on the opposing team. However, the cars are rocket powered, meaning that they can drive very fast or “boost” and they can also fly through the air.

NBA 2K is a competitive sports game that was first released in 1999 by Sega and taken over by 2K Sports in 2005. In the regular game mode, players choose an NBA team to compete in a traditional 5v5 basketball game. Each year, a new version of the game is released with updated players, rosters, graphics, and game modes.

The NBA 2K League was first introduced in 2018 and has a partnership with the NBA. There are a total of 23 teams in the 2K League that are all owned by the respective NBA teams. The regular season in the league lasts for 15 weeks, with eight teams earning a spot in the postseason. The prize pool for the playoffs totals at $900,000, with the champion being awarded $420,000. During the 2019 2K League Finals, the game reached its largest number of viewers at 61.8k.

What are the most popular games in eSports?

A few of the most popular games in eSports include:

What games are played in eSports?

What is the number 1 eSport Team?

The best eSport team in the world is Team Liquid. This team has over 60 players who compete at a very high level. One of the team’s best victories was when it beat team Astralis in the ESL One Cologne tournament as the best Counter-Strike team. Aside from this victory, Team Liquid has many other achievements including winning the Intel Grand Slam and the Clash Royale League World Finals.

What's the most competitive game in eSports?

One way to measure the competitiveness of an eSport game is by the size of its prize pools. With a larger prize pool, there are likely to be more teams competing in the tournaments. In 2019, Fortnite had the largest total prize pool at $64.4 million. In July of 2019, Epic Games held a four day Fortnite tournament event that offered a total of $30 million in prize money.