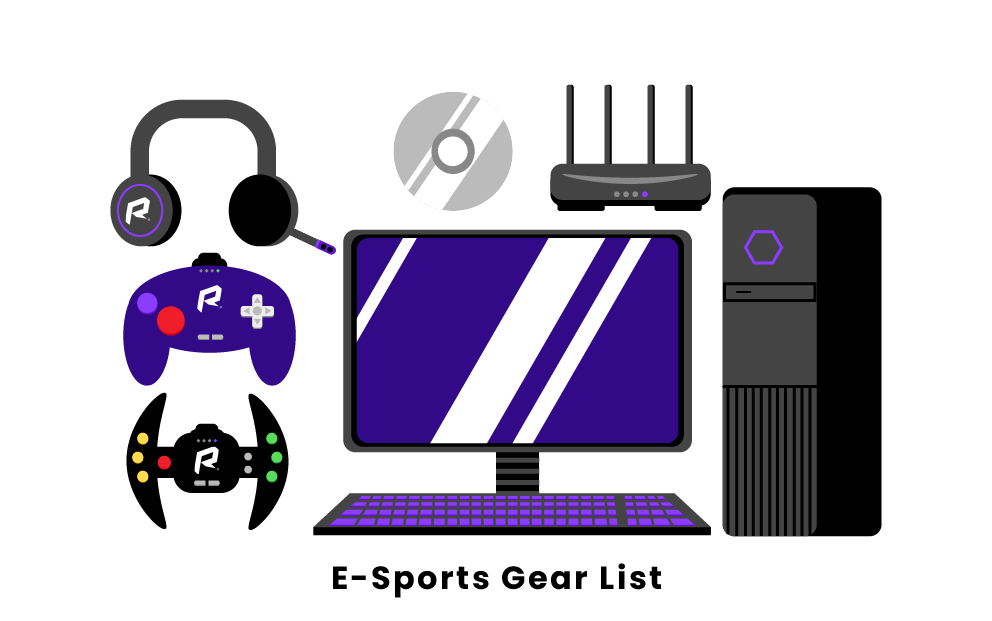 Esports refers to organized video game competitions. Players may compete against each other in a variety of games. Esports emerged in the 2000s as demand for live competitions increased through streaming platforms. Video games are competitive in nature, but putting the best players in the world in the same competition and offering monetary incentives for winners brought the sport into mainstream gaming culture.

Esports competitions may take place remotely (with all players streaming at the same time) or in person, depending on the competition. Although having players gather to the same physical place to play may seem counterintuitive, these matchups are made into massive events that thousands of people can gather to watch.

While some claim esports as not being sports at all, there is an undeniably high level of skill required to be competitive in esports. Each game requires a different skill set, but reaction time and motor function are good general skills.

What Gear Do You Need To Play Esports?

Playing esports requires owning the game and having the equipment to play it correctly. This includes having the proper console and controller. Players will also need to connect their console to a monitor. If playing remotely, it’s also important to have a source of internet connection, usually a router. Having a headset for communication and gaming chair for comfort are also common accessories.

For computer games, players will need a computer with the proper hardware and software for gaming. Hardware refers to the physical parts of a computer, such as a motherboard or graphics card, while software is installed without additional hardware. Gaming software includes programs used to run games.

Esports gear is unique to the world of gaming. None of the gear required to play esports can be used for other sports effectively. Esports in itself is different from other sports because it is played virtually instead of physically. Like other sports, a lot of esports equipment is used for recreational games or other purposes. For example, computers and monitors are important tools that are often used for activities other than gaming.

Most Important Esports Gear To Buy

The most important pieces of esports gear are the game, console, controller, and monitor. It is impossible to play esports without these four pieces of gear. Depending on the game, a computer with a keyboard and mouse may also be needed. Online games will require connection to the internet, as well. This is usually achieved via a wireless or ethernet connection to a router. In some collaborative games, teammates communicate through headsets. While not always required, these are often critical to competing at a high level.

Esports can be an expensive hobby if some parts are not yet owned. The games themselves range from free to over $100. Consoles and controllers come bundled for about $200-400, depending on the age and quality of the console. Quality gaming headphones are about $30-40, while gaming chairs can be anywhere from under $20 to over $350. A fully-customized gaming personal computer or laptop can be $500-1000. A nice gaming-specific computer keyboard and mouse are at least $20 each, while a mousepad is $10 or less.