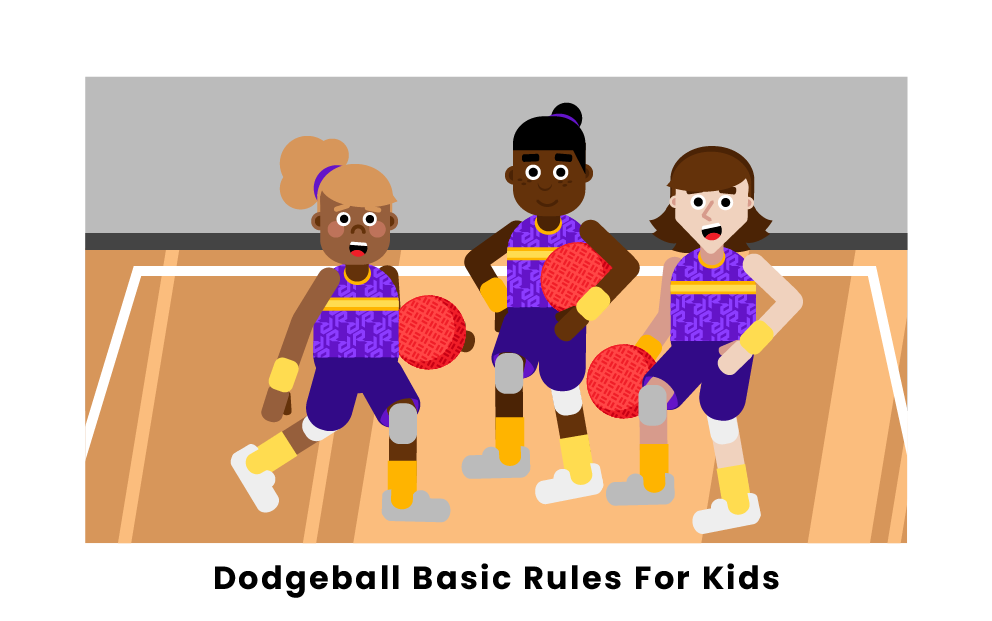 There are a total of two teams in dodgeball.

Each team is on a different side of the room, with a line dividing them.

To start the game, the balls will be on the line.

When the game starts, each player will race to try and grab a ball on the line.

The player’s that have a ball will touch the wall on their side with the ball.

Players are then able to throw the ball at the players on the other team.

To get a player out, a player is hit with a ball by the other team. A player can catch the ball an opponent throws, which means the opponent who threw the ball is out.

A referee will call out players who get hit with a ball, or if a ball they throw is caught by the opponent.

If someone catches a ball, a player on their team that is out can come back into the game.

The team that has the last person standing wins.