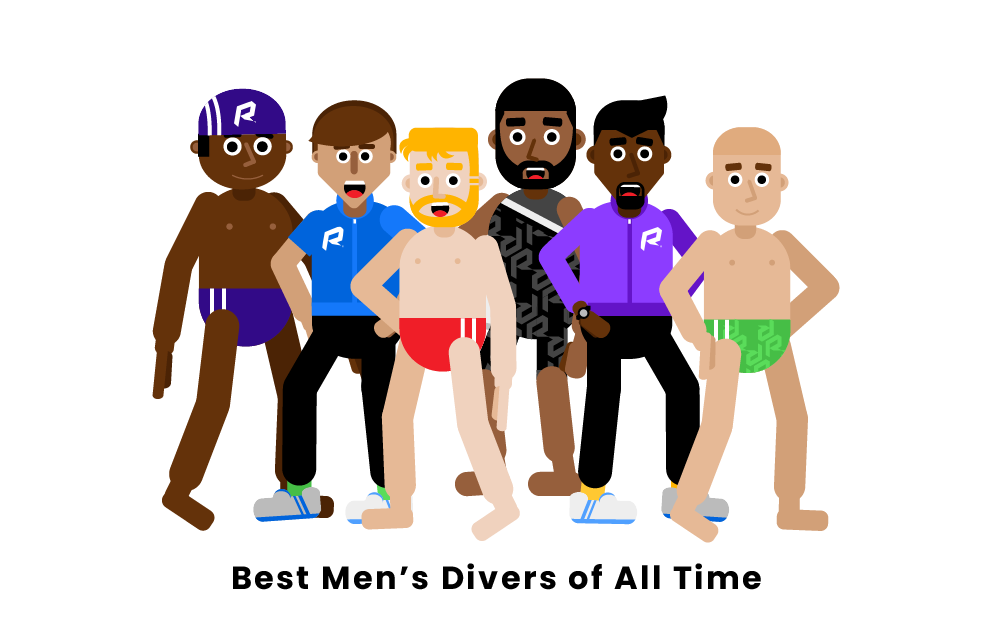 Professional diving is one of the most precise and difficult sports in history. Here is a look at the six men who have mastered the sport and are regarded as being the best men’s divers of all time.

Who are the best men’s divers of all time?

Greg Louganis was born in San Diego, California, on January 29, 1960. He is considered the greatest diver in history. He was adopted as an infant and started dancing, tumbling, and acrobatics at a very young age. He won his first Olympic silver medal at the age of 16 and went on to win four additional Olympic gold medals. In 1982, Louganis was the first diver to earn a perfect score from all judges at the World Aquatic Championships. He then went on to set the 3-meter springboard record with a 99-point dive and a 755.49-point total in 1983. He retired after the 1988 Olympic games, having won 47 national and 13 world championships.

Klaus Dibiasi is a former Italian diver born in Austria on October 6, 1947. He was the first Italian to win a gold medal in a swimming or diving event. Throughout the late 1960s to early 1970s, he dominated the platform event. Dibiasi’s father was his coach, and he followed a tedious training program, where he practiced 130-150 dives, six days a week. He won his first Olympic silver medal in 1964 and his first gold medal in 1968 in the platform category at the Olympic Games in Mexico City. He was inducted into the International Swimming Hall of Fame in 1981.

Xiong Ni started diving as a hobby at the Hunan Spare-time Sports School and was chosen by the Hunan provincial team in 1982. In 1986, he joined the Chinese national team for intensified training. In 1989, he was named best diver by the US magazine Swimming World. He started studying at the Business College of Hunan University in 1993 for foreign industrial trade. After he retired, he became the deputy director of the Hunan provincial sports team in 1997. He returned to the sport in 1998 but ultimately retired in 2001.

Qin Kai was born on January 31, 1986, in Xi’an, China. He won the gold medal at the 2001 World Junior Championships for the 3-meter springboard and the silver medal on the platform. He became the Olympic Champion in the 3-meter synchronized springboard in the 2008 Olympics. That same year, he won the bronze medal in the men’s 3-meter individual springboard. In 2011, Kai was named one of the top ten athletes of Shanxi province, and the following year, he was awarded the May 1st Labor Medal in China. He retired from diving after the 2016 Olympics. In 2017, he proposed to fellow diver He Zi after she won the silver medal at the Rio Olympics.

Dmitri Sautin was born in Voronezh, Russia. When he was seven years old, he did not know how to swim, and arrived at the Voronezh Children’s Sports School. He started training and was very strong and fearless, but inflexible. However, the school’s diving coach saw his potential and made him into one of the greatest divers of all time. At the European Championship in 1991, Sautin won the silver medal for the 10-meter platform event at the age of 17. This launched his international diving career. Later that year, he was brutally stabbed and almost bled out, but his determination persevered and he won the bronze medal at the 1992 Olympic Games on the 3-meter springboard. The highlight of his diving career was during the 2000 Olympic Games when Synchronized Diving was added. During these games, Sautin won medals in all four diving events.

Sammy Lee was born in Fresno, California, in 1920. He was the first Asian-American diver to win an Olympic gold medal and the first diver to win consecutive gold medals in the Olympic platform event. Growing up, Lee was only allowed to use his community's public pool one day a week due to racial prejudice. Non-white children were only allowed to use the pool once a week, after which the pool would be drained and cleaned for the white children to use for the rest of the week. When Lee was a student at Occidental College, he won the AAU Championships in two different events. Since he is only 5 foot 1, Lee can tick tighter and turn faster than his opponents. He briefly retired from diving to go to Medical School but returned to the sport in 1946. He ultimately retired from competing in 1953, but went on to coach some of the best divers in the world.

Who is the best men’s diver of all time?

What men’s diver has won the most Olympic gold medals of all time?

What men’s diver has won the most World Aquatics Championships gold medals of all time?

Dmitri Sautin, Greg Louganis, and He Chong have all won five gold medals at the World Aquatics Championships. Dmitri Sautin has won the most total medals out of all of them; he has won five gold, one silver, and three bronze, while Louganis has won five total, and Chong has won seven total.

Pages Related to Top 6 Best Men's Divers of All Time