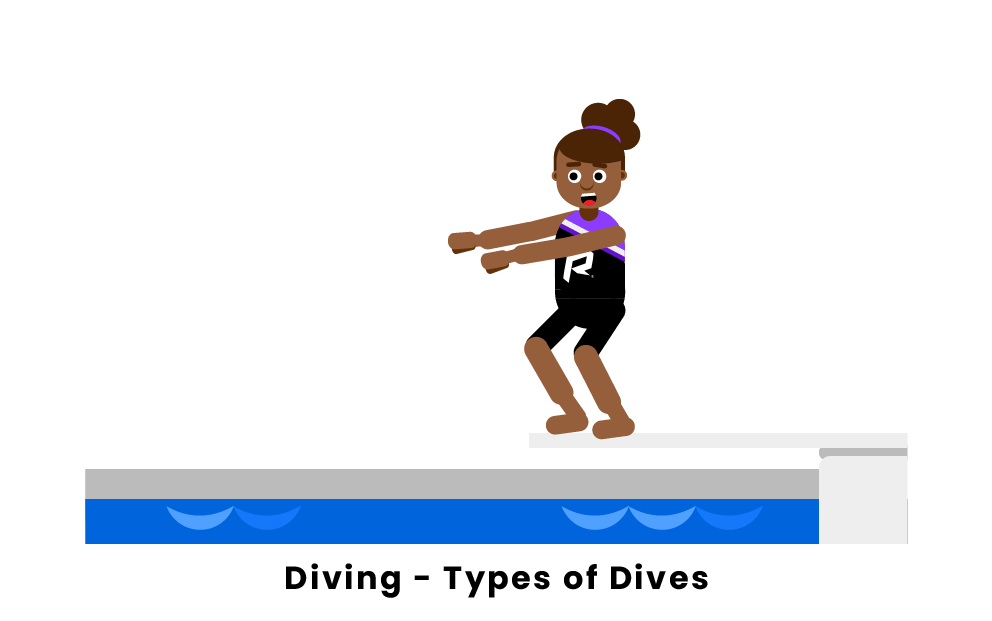 In the sport of diving, there are only six different types of dives that are used in practices and competitions. These dives may appear different or require different forms when performed on a platform instead of a springboard, and vice versa.

reverse 4 and a half somersault

Any kind of dive off of a high platform or springboard will be difficult and intimidating for someone who has never done one before. However, the dive that is truly considered the hardest to complete is the reverse 4 and a half somersault in the pike position. The diver must begin facing forward on the board, jump off, and complete 4.5 somersaults in the air, while bent at the waist with the legs straight and toes pointed. Because divers receive more points for attempting dives that are considered to be more difficult, many divers attempt this dive. As athletes become more physically capable of doing difficult dives, newer and harder dives will keep being invented, and this one will lose its title. 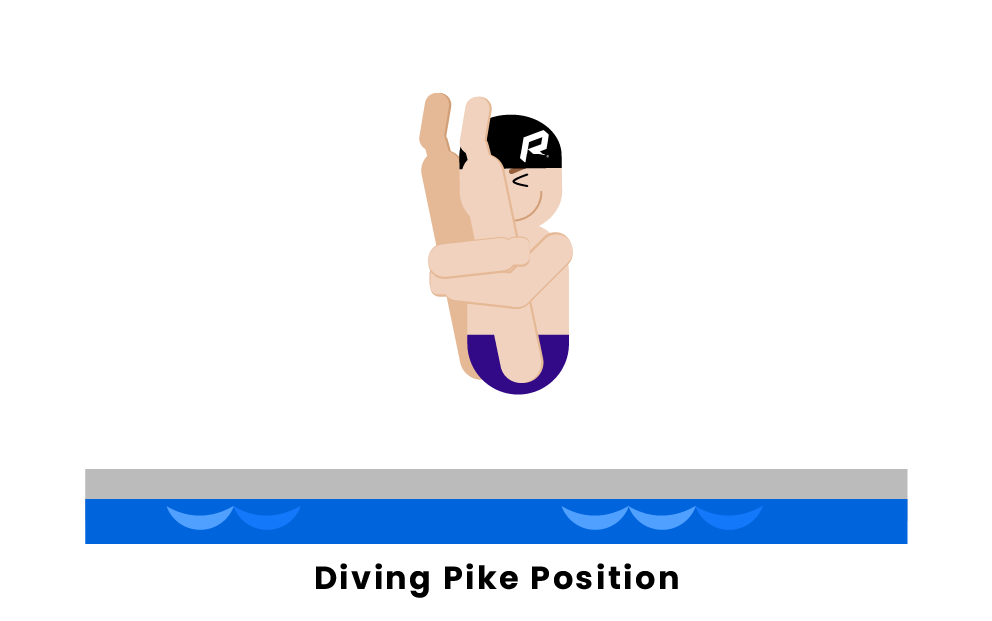 The pike position is one of four basic diving positions, along with straight position, tuck position, and free position. In the pike position, a diver will have to bend his or her body forward, after jumping off of the board, bending at the waist. They must keep their legs straight and toes pointed in order to obtain as many points as possible for a dive in pike position.

There are two different styles of pikes, open and closed, which are differentiated by the positioning of the arms. In an open pike, the diver stretches out his or her arms to form a 'T'. In a closed pike, the arms are placed around the legs to pull them closer to the body, with the palms facing away from the legs.

We gave you a quick rundown on the inward dive earlier, but there is still more to learn. During an inward dive, the diver will leave the platform facing backward, meaning he or she will be looking away from the pool. Once the jump off of the board, they will be rotating toward the board, just like in a reverse dive. Since the diver is facing backward, they will need to use their arms to gain power to jump and start spinning toward the board, without hitting the board on the jump.

Combining the inward dive with a tuck position makes it easier for the diver and is a good way to begin learning the technique. The tuck helps make the jump off of the board move more quickly! 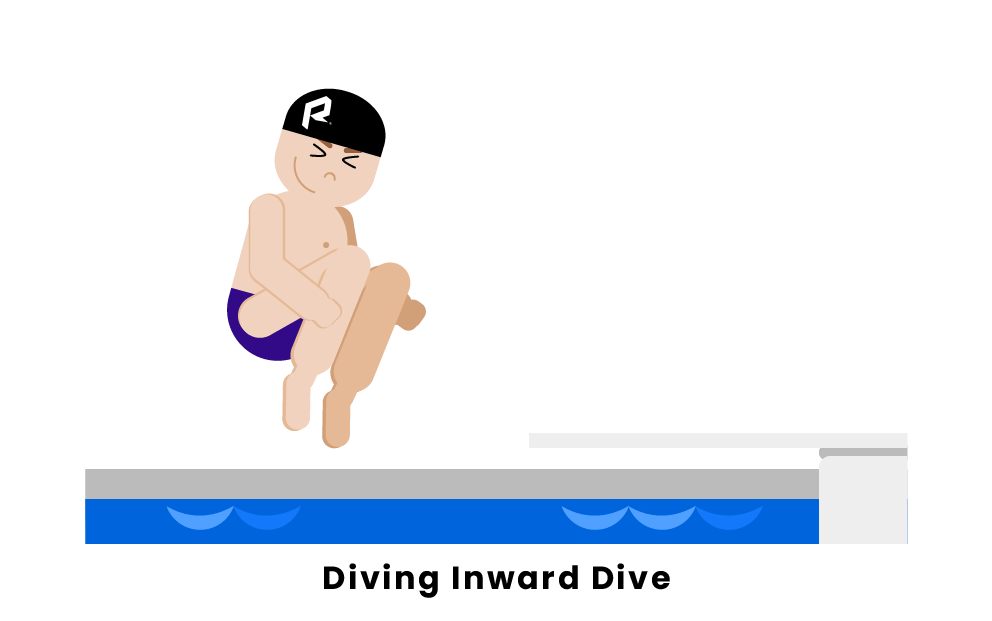 As you just read, the tuck position is another one of the four basic diving positions. In a tuck dive, the diver is bending his or her knees toward his or her body. He or she then pulls the knees and thighs closer to the chest and moves the feet as close to their backside as possible. The head should be down so that the diver is looking at his or her knees, and the body is as balled up as possible.

The tuck position is the easiest for divers to complete during a dive and is typically used when the diver is attempting to do somersaults as part of the dive, since the body rotates so quickly and easily. The diver should never end on a tuck position when they hit the water, since it will create a large splash that will take points away from the dive's overall score! 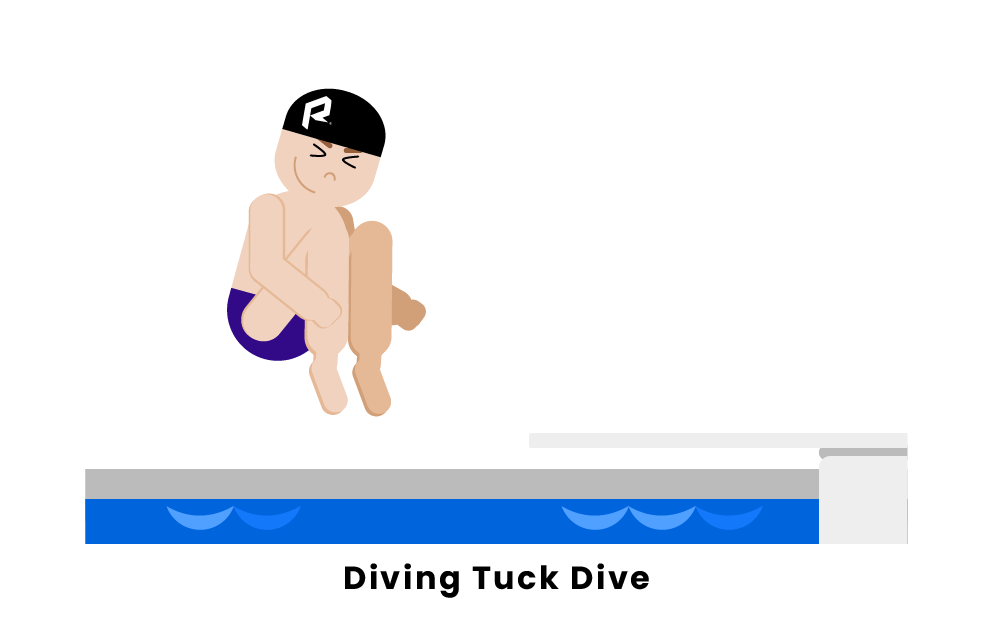 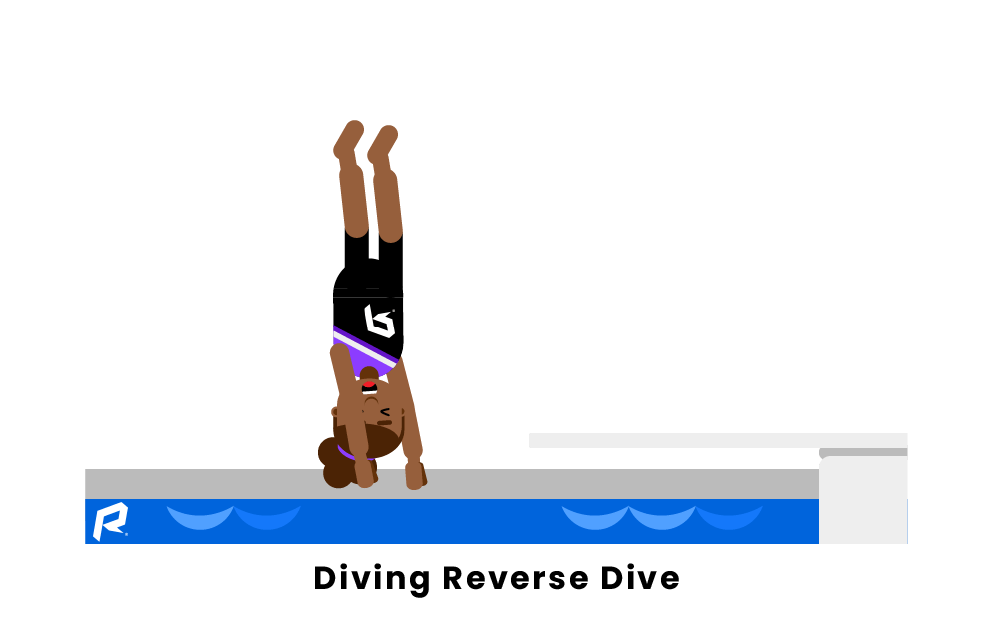 Due to the diver needing to jump off but then rotate toward the board, the diver will have to have proper head and body alignment, as well as use of the arms in order to successfully complete a reverse dive. Reverse dives can be very difficult to complete, so definitely do not attempt one without a lot of training and practice beforehand, as well as someone to monitor your dive.