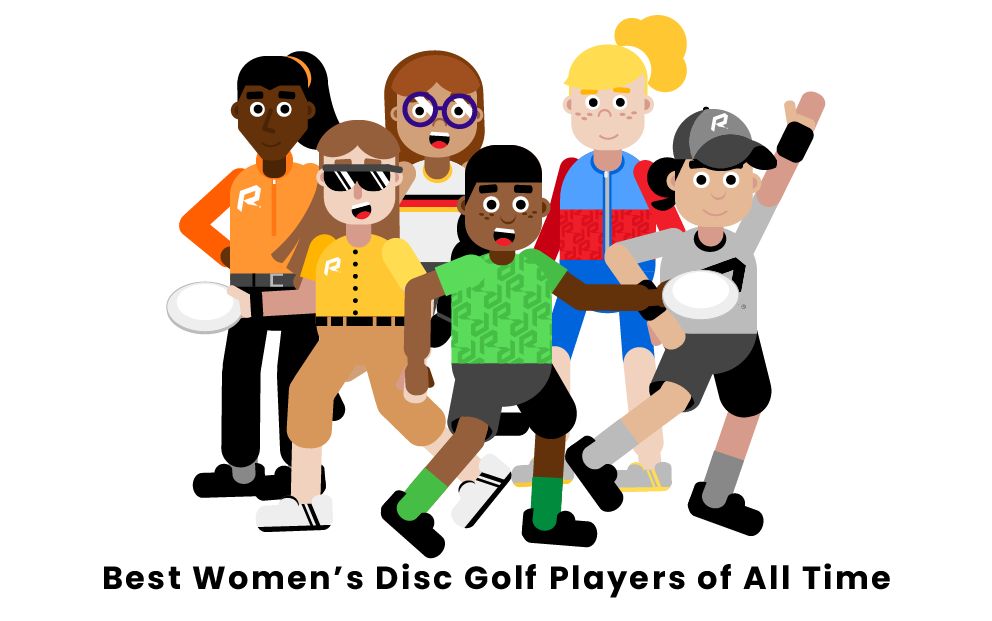 Disc golf is one of the most difficult sports in the world, and the skill and technique required to play it are often overlooked. The sport also doesn’t pay highly or receive a lot of national attention, so many of the world’s best players receive little acknowledgment for their outstanding accolades. Beginning with Paige Pierce, who dominates her sport like very few athletes ever have, here’s a list of the six best women’s disc golf players of all time.

Who are the best women’s disc golf players of all time?

Paige Pierce got an abnormally early introduction to the sport of disc golf, which is likely a huge reason why she has become so dominant in the sport. Paige’s father would take her to the course basically as soon as she was old enough to participate in the sport. She began participating in competitions at the young age of eight before she found her way to the highest levels of the sport in 2010. In 2010, Pierce would join the PDGA Tour, sign a sponsorship deal with Discraft, and go on to win PDGA Rookie of the Year. She won her first World Championship in just her second year on the pro tour. Paige would go on to collect four more World Championships and 991 total career victories, more than any other player in tour history with 148 PDGA victories.

Juliana Korver was born in 1971, and she grew up in Orange County, Iowa. Korver had what some would call a meteoric rise, as she picked up disc golf competitively in 1992 and would go on to join the PDGA Tour in 1993. She dominated the PDGA in the late 1990s and early 2000s, as she would go on to win four straight World Championships from 1998 to 2001. She produced one of the most dominant seasons that any athlete in any sport has ever posted, as she won 29 of the 30 matches she participated in during the 1999 season. Her 11 total World Championships would come in three different styles of disc golf: PDGA (5), freestyle (2), and flying disc (4). Korver also made history in 2001 by becoming the first and only woman to ever cash in at the USDGC tournament. In total, Karver ended her career with 226 victories out of the 318 events she competed in over the years.

Elaine King was born in 1961 and grew up in Durham, North Carolina. She discovered disc golf for the first time while out with her husband in the summer of 1983. Within two years of discovering the sport, King would join the PDGA tour and go on to win five World Championships while also finishing as the runner-up five times. King’s impact on the sport goes far beyond her scores, as she served a brief stint as PDGA commissioner. She was the commissioner from 1993 to 1994, which was a tumultuous time for the PDGA, and her leadership is a huge reason that the league is as successful as it is today.

Des Reading was born in 1972 in Woodward, Iowa. She was first introduced to disc golf during her time at the University of Northern Iowa. She originally attended UNI to be a pitcher for the softball team, which she would later give up for disc golf. It appears as though Reading made the right decision, as she joined the PDGA Tour in 1999 and would go on to have a remarkable career that included over 200 PDGA victories with 30 national tour wins and 12 major wins. That wasn’t all Reading did, though, as she would also win the World Championship four times and be awarded Player of the Year four times.

Valarie Jenkins was born in 1983 and grew up in Bend, Oregon. She grew up in a family that was all about disc golf, so it was no surprise when she had major success in the sport. Jenkins started playing at a young age and grew up seeing her brother win a World Championship, while her mother managed to win three World Championships during her lifetime. Jenkins finally joined the professional scene herself in 2000 and amassed 119 PDGA victories over the course of her career. Jenkins’ contributions to disc golf go far beyond her impressive statistics, as she created the Women’s Global Event. This event was supposed to help generate more exposure for the PDGA, specifically among women. She accomplished exactly that, as the number of PDGA competitors that returned the following year was twice as high as the usual rate.

South Carolina native Vanessa Chambers was born in 1958, and originally she got her start in disc golf by picking it up as a hobby. She just woke up one day and decided that she wanted to dedicate herself to playing frisbee and disc sports. Eventually, that hobby grew into a profession as she joined the PDGA Tour in 1983. Chambers tallied 59 career victories out of the 143 career events she played in, giving her a career 41.26 win percentage. She was also a member of the inaugural Disc Golf Hall of Fame class in 1993.

Who is the best women’s disc golf player of all time?

The title of best women’s disc golf player depends on the criteria for best, but Paige Pierce has nearly all of the qualifications. Pierce won Rookie of the Year in her first year on the PDGA Tour and followed that up with an even better performance as she won her first World Championship in just her second year on tour. She’s also tied for the most PDGA titles and Player of the Year awards of all time, all while remaining one of the most active players on tour.

What women’s disc golf player has the most PDGA titles of all time?

There are currently three women who all share the title of the most PDGA titles of all time: Paige Pierce, Elaine King, and Juliana Korver. Each golfer has won five PDGA titles, and all three are currently still active in the sport. However, Pierce has been the most frequent winner of the three in recent years, as her victories came in 2011, 2013, 2015, 2017, and 2019. In addition, to her five victories, Elaine King has finished as the runner-up on five separate occasions, meaning she was just strokes away from ten potential titles.

What women’s disc golf player has earned the most J&P Cup distinctions?

The J&P Cup is awarded to the Female Player of the Year on the PDGA Tour. There are four players that have each won the J&P Cup on five different occasions. Paige Pierce, Juliana Korver, Valarie Jenkins, and Catrina Allen have been named Female Player of the Year five times, with Allen and Pierce co-sharing that distinction in 2019 for the first time in PDGA history. Allen and Pierce have actually combined to win every single J&P Cup since 2013.