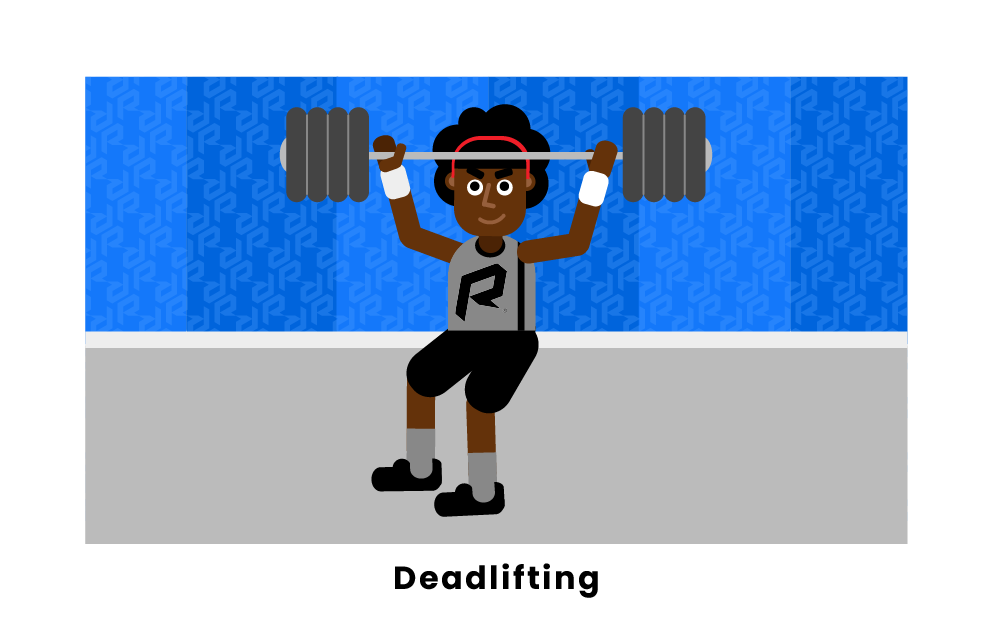 Deadlifting is a sport and also a lift where a deadlift will attempt to lift a large amount of weight from the ground into the air just above the knees. The deadlift is incorporated into sports like bodybuilding, crossfit, powerlifting, and Strongman. Below we will cover the basics of deadlifting and how to get involved with the sport. 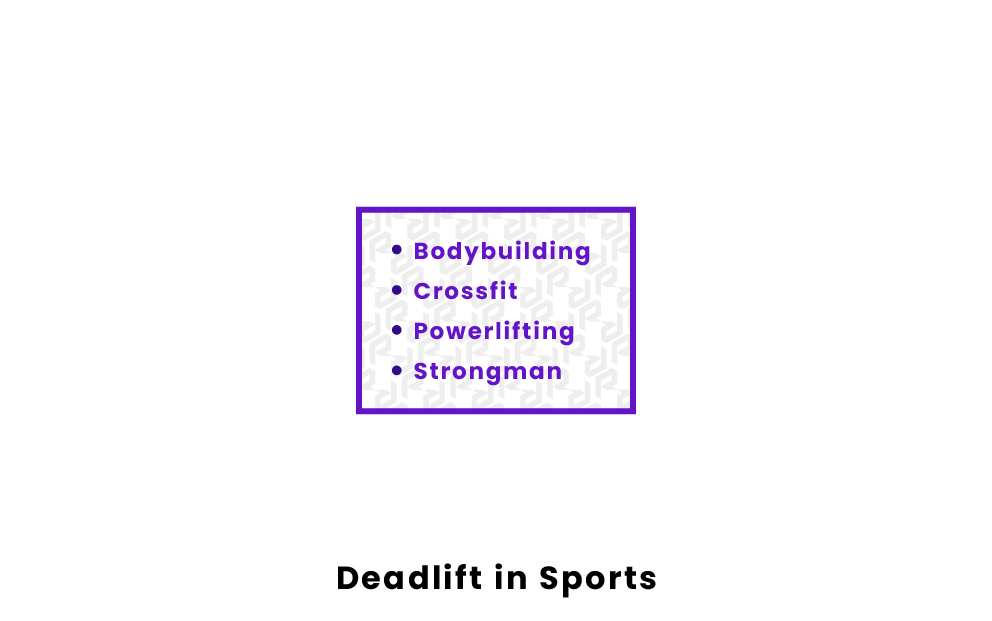 Crossfit: Crossfit competitions are often feats of endurance and strength both. The exercises are done for time, and they are typically a high number of reps at certain weights. Deadlift during the crossfit games is a one station exercise at a specified weight for men and women.

Powerlifting: Powerlifting is the most commonly thought of type of competition when it comes to deadlift. The deadlift is integral to the competition, as there are only three lifts that are tested during competition. Powerlifting has multiple federations that make age groups and weight classes differ, but the rules stay the same across all of the federations.

Strongman: Strongman is an unconventional competition of testing the strength of its competitors. Competitors are asked to lift cars for as many reps as possible, or to deadlift with massive tires instead of plates, or even to drag a car as fast as they can. Strongman competitions involve the same principles as deadlift, but are done with different variations of the exercise. 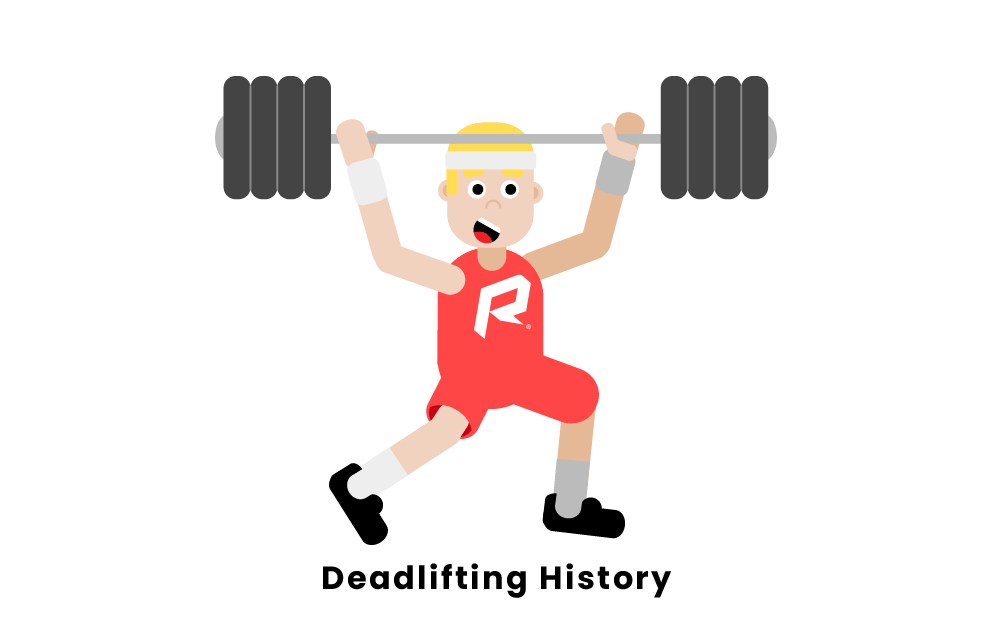 Deadlifting finds its origins in the strongman competitions that date back to the 1800’s. Strongman competitions got their start from unconventional lifts, such as lifting cars or barrels. For original deadlifts,strongmen would lift two barrels connected by a bar and filled with heavy silver pieces. This evolved into the deadlift we know today, with the bar being loaded with weight plates on either side. 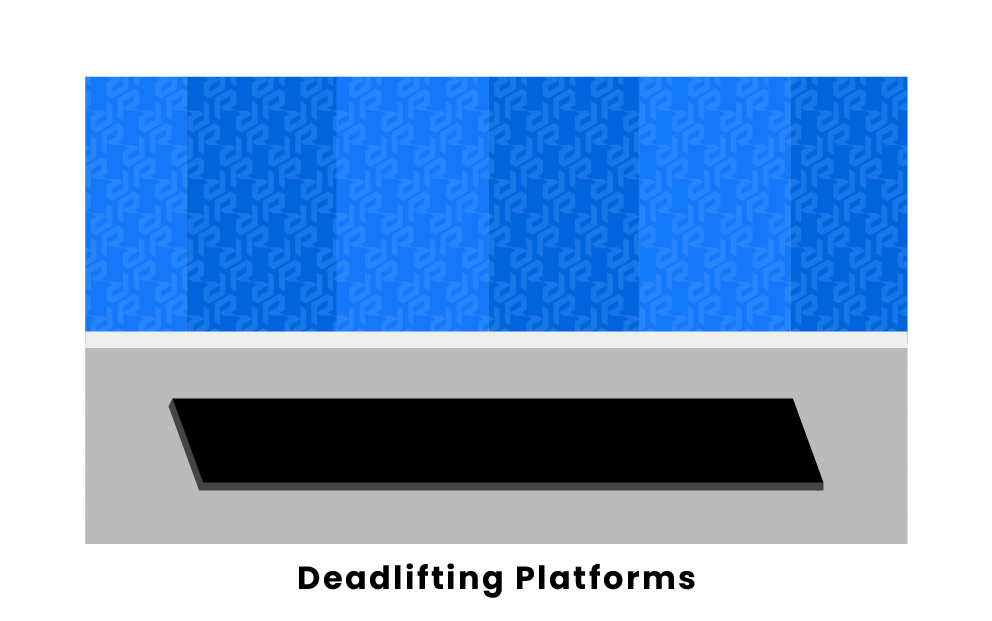 The platform for deadlifting is the ground in which the weights are placed. In commercial gyms this is often a platform that has a hard surface in the center (such as wood) and padding on the slides where the weights are rested. The purpose of the platform is to have a hard surface that will not absorb the force of your weight that is  pushing down while lifting and maximizing your strength. 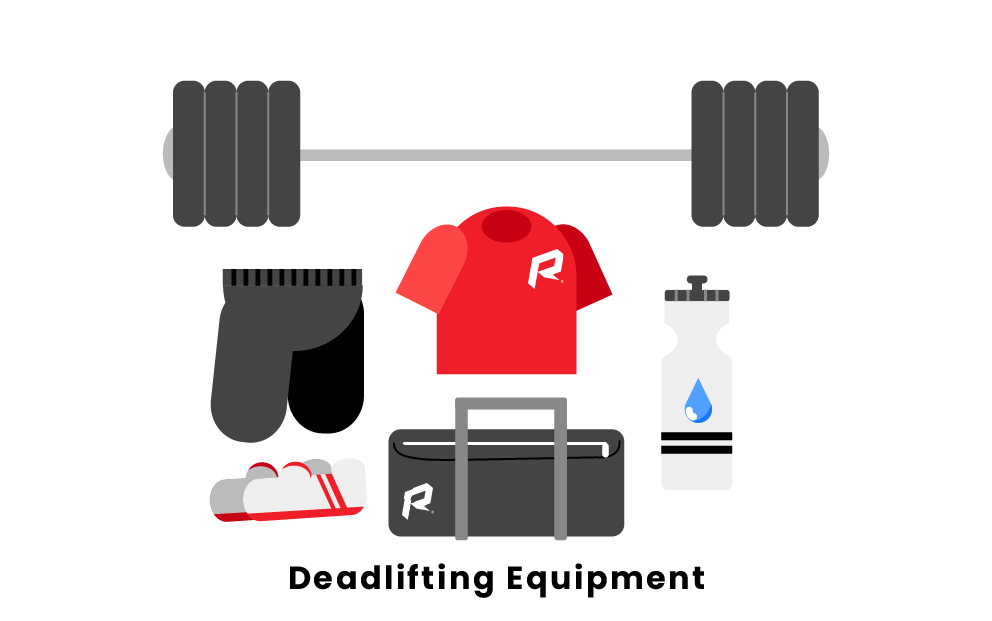 Equipment used in deadlifting is meant to protect the body or make the lift easier. Items such as wrist wraps will make the lift easier by negating any deficits in grip strength! A belt will help support the lower back and core, and knee sleeves will protect the legs against abrasion. An added benefit of knee sleeves they can help support the knees and rebound the legs into a standing position. Lastly, many deadlifters have shoes with very thin soles to prevent the padding in the shoe itself from impacting the lift.

Here is the essential deadlifting equipment you should have:

Deadlifting for exercise or for fitness has a different structure than deadlifting during a competition. During training, the objective is to build strength. This is accomplished through a program that is structured to be sub-maximal exercise. How much weight is lifted depends on the program. Some programs are based on RPE, or Rating of Perceived Exertion. Other programs are based on percentages of the 1-RP, or one rep maximum. The goal of both is to build strength in the legs and low back. The objective of deadlifting competitions is to outperform the competitors. Proper form must be observed, and a competitor will get three attempts to lift their maximum weight. 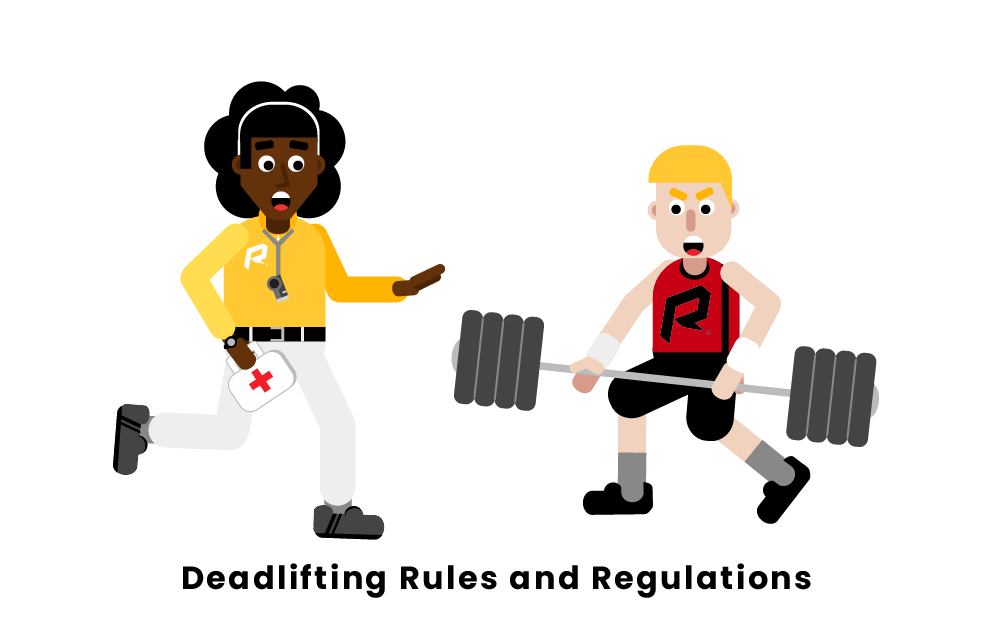 The rules and regulations of deadlifting are determined by the governing body of the competition. The rules for proper deadlift form stay the same, but the difference comes in how class structures are laid out. For details on classes and the governing bodies of powerlifting check out “How to pick your powerlifting federation” from powerlifting to win. There are also un-equipped (no equipment besides a belt) or equipped deadlifts.

Here are the most important deadlifting rules you should know:

Deadlifting is a sport where technique is everything. If technique is not followed appropriately, injury can occur. Some techniques are geared towards safety, such as preventing the rounding of the back. Other techniques are meant to improve a deadlift. Using wrist wraps or mixing the grip can be good techniques.

Here are the most important deadlifting techniques you should know:

Flat Back: Having a flat back while deadlifting is important to equally balance the weight and prevent injuries. Most lower back injuries from deadlifting are caused by having a rounded back while lifting.

Squat Form: Aside from conventional deadlift form of keeping your feet close to shoulder-width apart, another form is sumo deadlift. This is a wider stance, similar to a squat, which allows the lifter to work out their lower body as well.

Grip: An overhand grip is the classic way to hold the barbell and known as the safest and easiest for beginners. Some lifters may find themselves limited to the amount of weight they can lift with an overhand grip, and decide to switch to a mixed grip. A lifter will position his hands on the bar to have one overhand and one underhand, which can help them increase weight.

Equipment: An unequipped deadlift means there is no sort of extra equipment used to help lift the weight. Equipped lifting features some sort of equipment, such as weightlifting belts, knee sleeves, or special shoes. The equipment allowed to use in competitions varies.

Here is the common lingo and slang in deadlifting:

Deadlifting has evolved as a sport over the years. Between different disciplines and inter-federation differences, the best athletes have almost never done the same type of deadlift.

Two direct competitors that make this list are Eddie Hall and Hathor Bjornsson, who have been in competition since Bjornsson broke Hall’s record by one kg. Other competitors on this list have made or broken world records in some way, and are all the top in their subclass of deadlift.

Here are the most famous deadlifting athletes you should know:

Lamar Gant: Gant is best known for having deadlifted five times his own body weight, lifting 634lbs at a weight of only 123lbs.

Eddie Hall: Eddie Hall is a world renowned deadlifter, who became the first person to deadlift over 500kg. This equates to over 1,100lbs and netted him the World Record.

Hathor Bjornsson: Hathor is best known for his role as “The Mountain” in Game of Thrones, however he is also a world famous strongman. Bjornsson secured the deadlift World Record in 2020, surpassing Eddie Hall by lifting 1,104lbs.

Ed Coan: Ed Coan is a legendary powerlifter with dozens of records to his name, earning him the distinction of being “the greatest powerlifter of all time” in the eyes of countless powerlifting fans.

What muscles does a deadlift work?

The main muscle groups that deadlifts work are: quadriceps, glutes, hamstrings, lower and mid-back muscles, calf muscles, abdomen, traps, and the adductor magnus muscle (inner thigh). Deadlifts work a lot of muscle groups at once, which makes them extremely beneficial for individuals looking to burn fat and build muscle quickly.

How often should I deadlift?

Beginner deadlifters may choose to lift 1 or 2 times a week as they get used to the intensity of the workout. More advanced deadlifters often train 1 to 3 times per week on a set schedule.

Is deadlifting bad for your back?

When executed properly, deadlifting is actually a phenomenal exercise for your hips and lower back. That being said, improper technique could absolutely result in a back injury so pay attention to your form whenever you deadlift.

Pages Related to What is Deadlifting?