How Long Is A Darts Game? 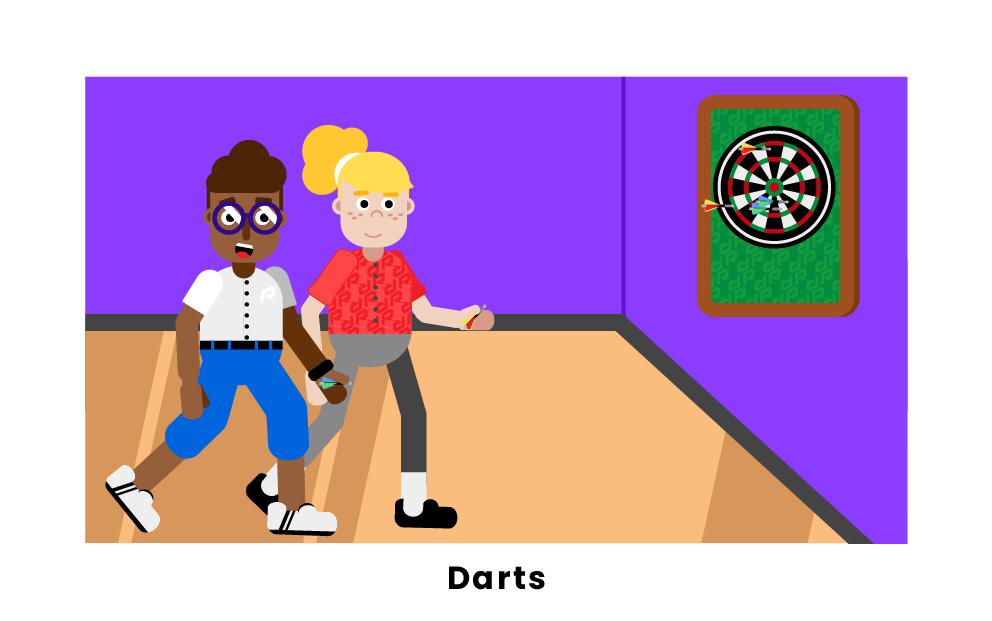 The amount of time that it takes to play darts is variable. For professionals, earlier championship rounds last 20-40 minutes, while the final last 40-80 minutes. For normal players who usually only play one set in a best of five formats, matches usually last only 15-20 minutes. Many other factors can affect this time, including the number of legs and sets, the length of turns, and if you take breaks. Below is a detailed look at how long professional dart matches last and how legs affect that time.

The length of a darts game is determined by how many legs and sets are needed to win. A leg is won once a player gets to zero point, and professionals usually win a leg in 5-7 minutes. Also, a set is earned when you win the majority of the legs; so, if a professional were to play three sets total, their game would take 15-21 minutes. When it comes to professional dart players, the number of sets played in a competition varies, making the length of the games vary. However, when it is just recreational play, the number of sets is up to the players and how much time they have. Hence, the more sets played, the longer the game will be.

The length of a darts game also depends on how long a player decides to take their turn.

A turn is when a player has thrown three darts. For professionals, a turn takes about 10-12 seconds. The limit for how long a turn can take is three minutes, but fifteen seconds is usually the maximum time a turn takes.

The number of turns taken also affects the length of the game. Turns are ways to measure how well-matched the opponents are, and the more significant the difference in skill, the shorter the game will be. So, the more total turns taken, the longer the game is.

Breaks are sometimes taken in a darts game, whether just for fun or professionally; these breaks add to the game’s length. Professionals take breaks after sets 1, 2, and 4 in best of 5 matches. In best of 7 games, a break is taken after set 5. In recreational matches, this is up to the players.

Professional dart matches last 40-80 minutes in the finals and 20-40 minutes in the earlier rounds. These statistics usually prove to be the case. For example, six of the seven championship matches in the table below fall between 40-80 minutes. However, the one exception to this average is the longest darts match ever played, which was the 2018 PDC World Matchplay Final. Gary Anderson and Mensur Sulijovic played for 40 legs, making it so that the finals lasted 85 minutes.

Professional darts matches make it clear that the number of legs played contributes to the length of the game. Each match in the table above also backs up this fact. The most extreme example of this is when the Premier League of Darts Playoff Final in 2019 had Michael van Gerwen and Rob Cross playing for only 16 legs in 40 minutes compared to the 40 legs in 85 minutes played in the 2018 PDC World Matchplay Final.

The data becomes even more convincing when comparing the finals that took the same amount of time. For example, the PDC World Matchplay Final 2017 took 26 legs, the PDC Grand Slam Semi-Final 2019 took 28 legs, and both took 50 minutes. So, with only a difference of two legs, both matches resulted in the same amount of time spent.

Length of a Darts Game

In conclusion, it is clear that the length of a darts game is variable. However, there are some contributing factors, including the number of sets and legs played, how long turns take, and whether or not you take breaks. A normal player will most likely play fewer legs and sets than professionals, which usually makes their games shorter. So, when playing for fun, a darts game will likely last 15-20 minutes, but, for professionals, games last 20-40 minutes in earlier competition rounds and 40-80 minutes in final rounds.

Pages Related to How Long Is A Darts Game?