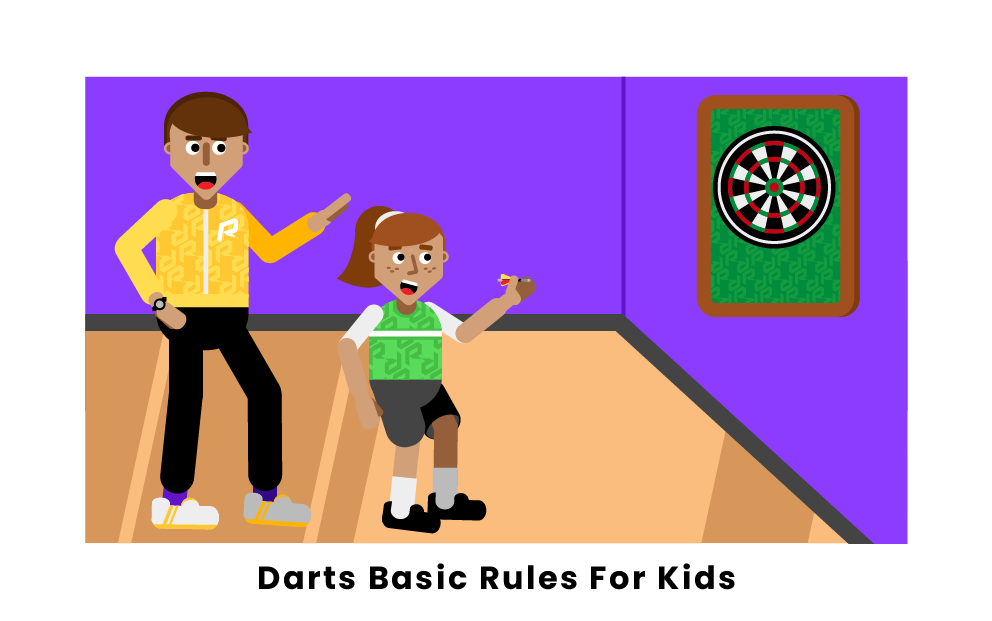 Darts is played by throwing darts at a circular board.

The goal is to be the first player to reduce their score to exactly zero.

Players take turns throwing a set of three darts at the dartboard.

The dartboard is divided into 20 numbered segments and a bullseye.

Players are awarded a certain amount of points for the segment of the board where they throw their dart.

The inner ring of the bullseye scores 50 points and the outer ring scores 25 points.

The double and treble rings count as double or treble the segment score.

The score for each turn is deducted from the player's total.

The first player to reduce their score to zero wins the game, but the last dart thrown has to land in either a double ring or the bullseye.