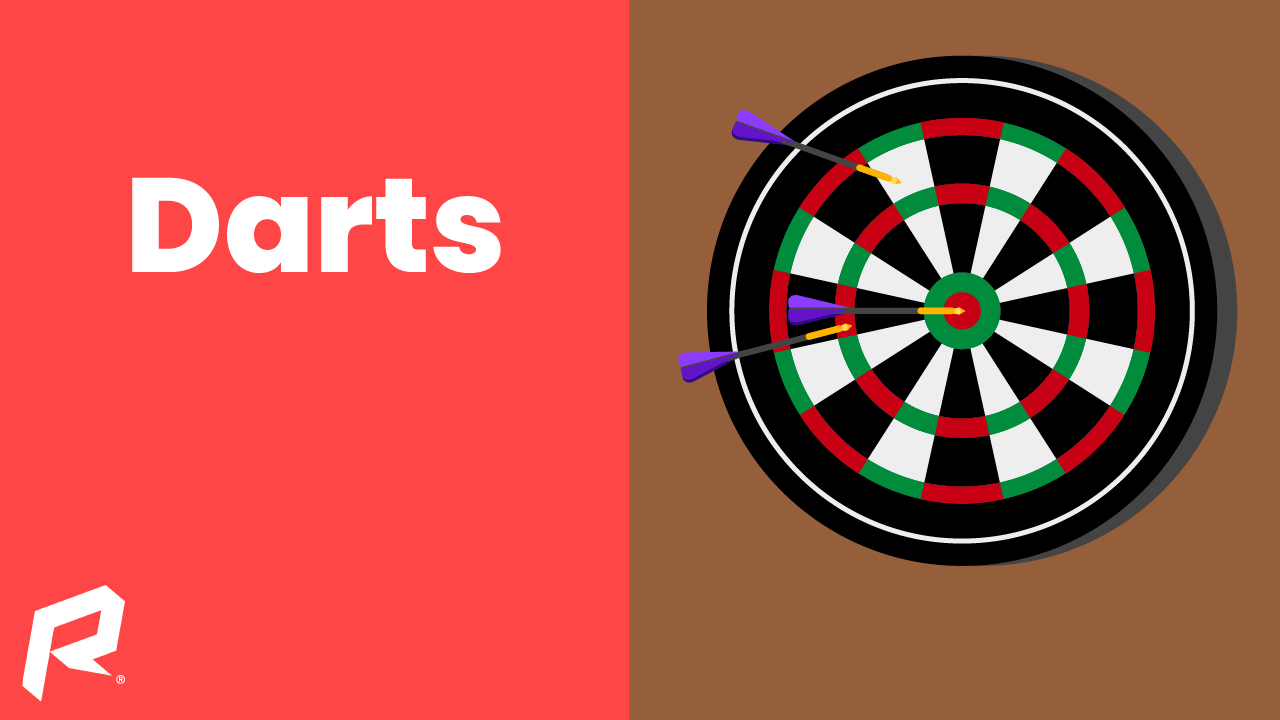 What is the sport of darts?

Darts is a popular sports bar and pub sport where players aim small missiles, also known as darts, on to a circular board. The board is divided into 20 sections with a red circle in the middle called a bullseye. The game is played by accurately and precisely shoot the darts so the player can win a total of zero points.

Most people who play darts are mostly likely playing the 501 points version. They take a turn throwing three darts on the board and deduct points that they earn accordingly. The bullseye is 50 points and the outside rings are 25 points. A dart that lands in the double or triple rings on the outside count as double the segment score.

The goal is to finish with exactly zero points, but the challenge arises when you have to finish the game by landing the dart in a bullseye or the double.

Darts requires a lot of hand eye coordination and great aim. It can be played among people of all ages. Darts sets can be brought home and played, too, so it is a very versatile game. There are different versions of the game with different rules of points, so there is a game for everyone.