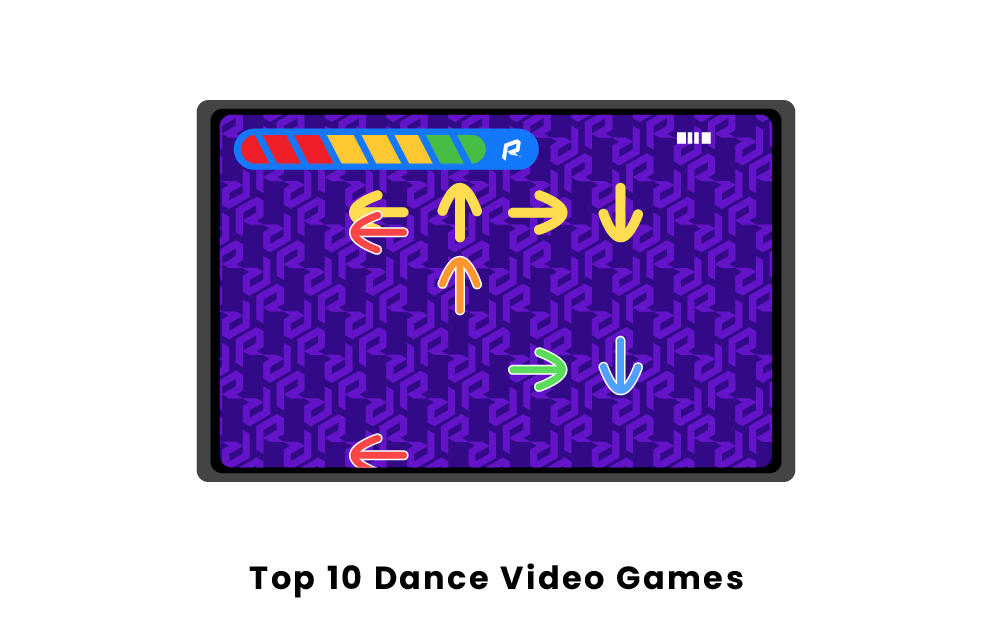 What are the most popular dance video games?

Dance Dance Revolution is the first major dancing game to rise to popularity and has remained a favorite throughout the years. The game was released in Japan in 1998 and the US in 2000. It was first released in arcades and eventually in people’s homes with the PS1.

In the years after its original release there have been many different versions of the game. There was even a Mario version of the classic game. However, the original has remained the fan favorite. Dance Dance Revolution is forever remembered due to its interactive nature and engaging experience to play with friends.

The Ubisoft game Just Dance has been another unforgettable dance game since it’s original release in the US in 2009. The game first came out for the Wii where users would hold the remote while they matched the moves. Eventually, the game was extended to be released on the Kinect  where user’s no longer needed to hold a remote while they dance.

Unbisoft has continued releasing new versions with newer songs regularly. With each release there are also new controls, bonus packs, and fun backgrounds. No matter what, the game is consistently fun to play with friends and get a decent workout done.

Following up on the dancing video game trend, Dance Central came out in 2010. The game was released for the Kinect on Xbox 360. It has great full body sensors that allow the game to pick up on the player’s real time movement. It’s even been nominated for gaming awards for its incredible technology.

The game has a lot of modern songs that players can follow along with to choreographed dances. Also, players can play against their friends in a multiplayer mode. Since its original release, there have been three more versions of Dance Central, the most recent being Dance Central Spotlight.

One of the more unique dancing games in this list is Space Channel 5. The game was initially released for the Dreamcast, but eventually was adapted for the PS2 and Game Boy Advance. In the game, players are a futuristic reporter who has to beat aliens by dancing.

The game uses only a few buttons which makes it simple to use. However, the abstract premise keeps the game exciting and unique. A favorite aspect of players is after a successful dance sequence, the reporter zaps the aliens who let out a small cute chirp.

5. Dancing with the Stars

In 2007 the Dancing with the Stars franchise expanded into the gaming scene. They released an at home version of the TV show for fans to play on the Wii and PlayStation 2. The original version included appearances by nine past contestants and their partners. The judges and announcer all make appearances in the game version as well.

Players can dance to 36 songs of different genres in the first version. The game also had a sequel in the year after as well as a mobile game ten years later for fans to play on their phones.

Another unique game to make it on this list is Bust a Groove. The 1998 game is considered a PlayStation classic for its originality and trend setting design. It was originally produced for Japan but eventually brought to the US.

The game is a unique mix of fighting and dancing. The game and its sequels are all about dancers from arounds the galaxy fighting to be named the best dancer. Players would hit controls in order to dance as well as use some attack controls to beat their opponent. The game has its own unique tracks that fit the fun, 70’s dancing vibe.

Coming in at number seven is StepManiaX. This game is a more modern version of Dance Dance Revolution. It is meant to be played in arcades or installed in serious dance gamers’ homes. It has the same simple four arrows that DDR had and similar fun songs to dance either individually or with a friend.

StepManiaX has a mobile component as well for users that want to track their steps and monitor their fitness progress. Overall, StepManiaX isn’t an original dance game but it has updated a classic to exist in the modern world we know today.

The company that made Dance Dance Revolution decided to try and recreate their success with Dance Evolution as it is known in Japan or Dance Masters as it is known in the US. This game is a similar arcade structured concept except it was released additionally for the Kinect.

Since it uses full body sensors, Dance Evolution also scores dancers based on how their arm movement matches the choreography. Players can also compete against friends in a multiplayer mode. In this mode, the competitors all share the screen so that dancers can easily focus on their own progress.

Dance Collider is one of the most modern games to make it on this list. This dancing game is a virtual reality game meant for the PlayStation VR. It has a very futuristic design that will transport players to another world.

Dance Collider is a little different than the other dancing games. In the game dancers pick one of nine players to dance as. Then they will choose from three levels depending on their experience. Once in the game, players will try to hit certain color blocks with their hands to move to the rhythm.

Last on our list is another game that comes from a popular brand. In 2010 Zumba gave its fans an in home option to their fitness classes. Zumba Fitness is a video game for the Wii, PlayStations, and Kinect.

The game features different styles of dancing from hip-hop to salsa and even the mambo. The dance routines are created by the actual Zumba creator and some are actually exclusive to the video game. Players can dance in different locations and compete against up to eight players online to get the highest workout score.