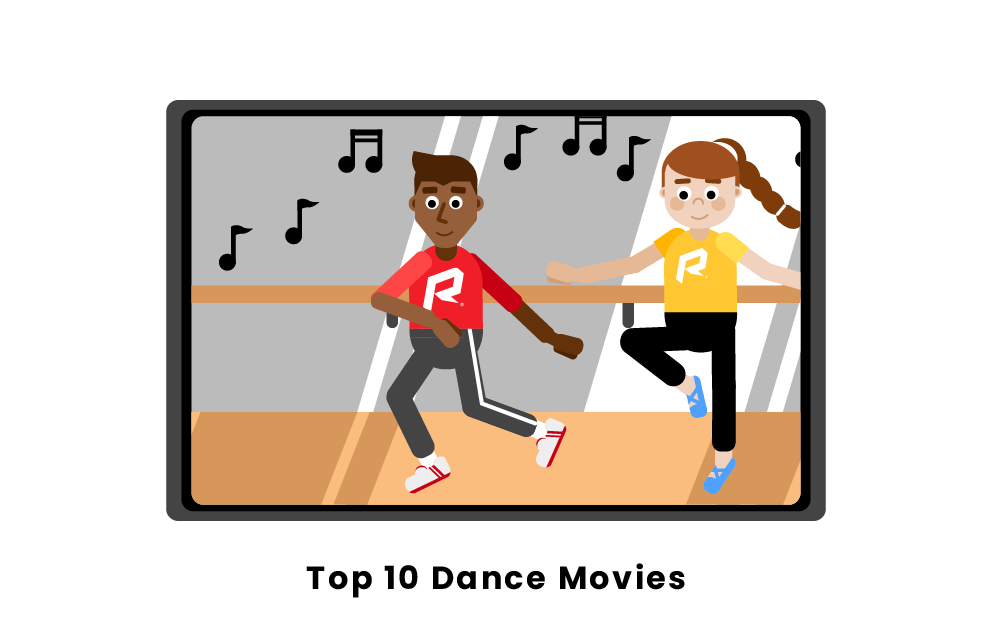 What are the most popular dance movies?

First on our list for the best dancing movie is West Side Story. This 1961 musical is a more modern interpretation of the iconic Romeo and Juliet. Instead of two kids from rival families falling in love, it's Tony and Maria from rival New York City gangs. The two try to meet in secret and run away, but the gang's feud grows stronger. Tony tries to make peace between the two but they are set on fighting in order to establish territory.

The film won ten Oscars including best picture and best supporting actors by both Rita Moreno and George Chakris. Of course, the two leads, Natalie Wood and Richard Beymer, also made their roles iconic.

As great as the films plot and characters are, it's the music and choreography that ultimately make it such a timeless film.

The next best dancing movie is Center Stage. This drama from 2000 follows 12 very different teenage ballet dancers after they are accepted into the prestigious American Ballet Academy. They all have to train hard in order to be invited to dance with the company. In addition to the stress of their dance career, there are additional tensions at the academy as they deal with different backgrounds, personal struggles, and past drama.

What makes the movie so special though is the incredible dancing scenes. A lot of the actors have professional dancing experience like Amanda Schull, Zoe Saldana, Sascha Redetsky, and more. Their experience helps make the dancing sequences look so realistic.

Overall, the movie is a classic, predictable teen drama but the dancing scenes are what make this film so perfect in dancing fans eyes. It's an engaging and fun film to watch because of these scenes.

Dirty Dancing is the first 80s movie to make this list and it deserves a top spot. The 1987 film takes place in the 60s as a family visits a camp in the summer. The youngest daughter, Baby, is a naive daddy's girl who has lived a privileged life. At the camp, she falls for an edgy dance instructor named Johnny while training to fill in as his dance partner for a gig.

Patrick Swayze and Jennifer Grey deliver powerful performances and great chemistry throughout the film that helps make it so lighthearted. Swayze also delivers one of the most iconic lines in film history with "Nobody puts Baby in a corner."

What fans love most about the film though is the fun and romantic dances throughout the film. Of course, none of these top the film's final dance which has been recreated at countless weddings since the film's 1987 release.

Singin' in the Rain is another wonderful musical movie with incredible dancing. The 1952 romantic comedy takes place in the late 20s as a silent film company faces the difficult transition to sound. Two of the company's main stars from the silent film era, Don and Lina, have been a great romantic pair in many films. When they transition to musical films, Don finds that he has more chemistry with the young rising actress, Kathy, who was brought in as a result of Lina's terrible voice.

This film stars Gene Kelly, Donald O'Connor, and Debbie Reynolds. Together, this ensemble helps the audience get lost in the songs and choreography that make the film so special.

Singin' in the Rain is a perfect blend of romance, comedy, and incredible performances. It's a movie that is fun to watch for the whole family and will keep all ages engaged.

Billy Elliot is a 2000 drama that has remained a favorite of many dancers. The story is all about an eleven year old boy named Billy Elliot. It occurs in the 80s while the Elliots are struggling after the loss of their mom. Billy's father and brother work in the mines while Billy takes care of his grandmother or goes to boxing lessons. However, Billy discovers he's more passionate about ballet than boxing and struggles with his family accepting this.

The cast does an incredible job of pulling at viewers' heartstrings. The main characters are played by Jamie Bell, Jean Heywood, Jamie Draven, and Gary Lewis.

Billy Elliot is an emotional and inspirational story that makes it unique from the other films on this list. This is a great movie for viewers who love dance and a heartwarming story.

6. An American in Paris

An American In Paris is another older musical that has remained a classic. The 1951 drama is all about three friends living in Paris and struggling to find work in their creative fields. Everything gets even more complicated as characters begin having feelings for each other. Two friends fall in love with the same girl to form one of cinema's most iconic love triangles.

The film addresses the complicated issue of choosing between a career and love in a stunning way. Gene Kelly, Leslie Caron, and Oscar Levant all help make the story lively and engaging for audiences.

The choreography and cinematography help make this musical one to remember. An American in Paris even won Best Picture at the Oscars in 1952. Fans who love quality stories and beautiful dancing sequences will certainly fall in love with this magical musical.

Next on our list is Step Up. Step Up is a little more modern than some of the other movies listed with it being released in 2006. This drama follows a troubled young adult in Baltimore. After getting caught vandalising, he has to complete community service by cleaning a local arts school. While hip-hop dancing on the job, a ballet dance spots him and asks him to step in for her partner.

The film features some great chemistry between Channing Tatum and Jenna Dewan who actually got married after this film. They are also both great dancers which helps make the film more exciting to watch.

Step Up is a great romance drama story that will keep viewers intrigued throughout the film. Additionally, those that love dance will appreciate the beautifully choreographed dancing sequences spread throughout the movie. This combination of an interesting story and great dancing makes it a fun movie for anyone to watch.

Black Swan is a psychological thriller by the famous director Darren Aronofsky. The 2010 film is about a professional ballerina, Nina, whose life revolves around dance. She is picked to play the lead role in Swan Lake. The lead role must play the part of both the innocent white swan and the cunning black swan. Nina perfectly embodies the white swan but she struggles to capture the essence of the black swan. She faces competition when another dancer embodies the black swan.

The Black Swan wouldn't be as captivating without the incredible cast. The cast features Natalie Portman, Mila Kunis, and Winona Ryder who all help make the film feel so tense. Natalie Portman even won an Oscar for her performance as Nina.

The actors went through great training to be able to perform the complicated choreography and it shows in the scenes. This movie definitely captured the beauty of dance as well as the competitive nature.

Another 80s classic movie is Flashdance. The 1983 drama is about Alex, a girl from Pittsburgh working two jobs as a welder and a nightclub dancer. She is a self taught dancer but is passionate about the sport. Alex decides that she wants to take her passion and turn it into her profession. She needs to get professional training though so she'll have to try out to become a student at the Pittsburgh Conservatory of Dance and Repertory.

Flashdance stars Jennifer Beals as the main character and Michael Nouri as her love interest. As great as their performances are, the best part is the incredible music of the film. The movie features many of the best 80s songs.

The fun premise and great music will have any viewer dancing along to the movie and rooting for Alex to achieve her dreams. It also has a great final dancing scene to look forward to!

Last on our list is an iconic movie that most people have heard of: Footloose. Footloose came out in 1984 and is about a teenager who moves to a town where rock music and dancing have been banned. Although he tries to fit in, he struggles to accept the rules. He has even more troubles when he falls for the daughter of the minister making the rules. The rebellious teenager decides he needs to show the town the joys of dancing to great music.

Footloose has some great stars in it including Kevin Bacon, Lori Singer, and John Lithgow. Bacon especially makes the film enjoyable with his fun dance moves and suave nature.

The film is a classic that has remained popular for a reason. It's a fun story with even better music and dances throughout it. It's a lighthearted teen drama film that's definitely worth experiencing at least once in your life.