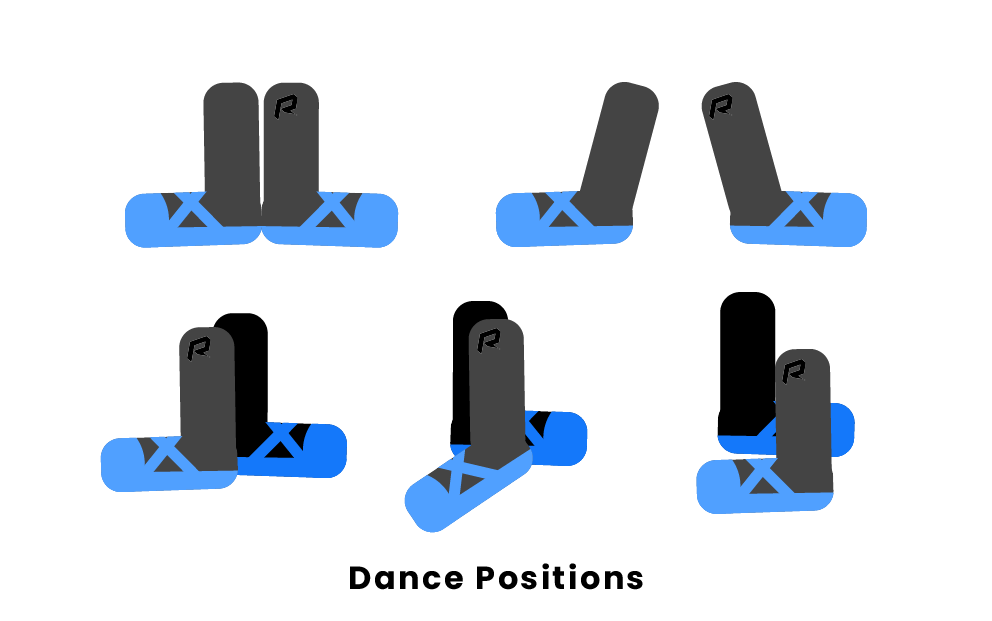 Like almost every other sport, dance has positions that each dancer must be aware of. However, unlike sports like basketball or football, positions in dance do not refer to where a player is playing on the field or court, and a dancer is not limited to one position during a dance routine.

What are the positions of dance?

The basic positions in dance specify how dancers should position their feet and arms and are mainly applied to ballet, one of the most popular styles of dance. There are five basic dance positions, but only four are utilized regularly. Third position, which is not used often, looks too similar to fifth position, so most dance instructors do not put emphasis on it.

As you just learned, there are five basic dance positions that are learned in ballet. Ballerinas will learn the positions in beginner-level dance classes, and they will learn them in number order. Generally, the higher the number of the position, the harder the position will be for the dancer. In the first position, the dancer stands with their ankles together, toes pointed outward, with their arms in front of them, hands not touching, and holding a pretend ball. In the second position, the ballerina's feet are hip-width apart, toes still pointed outward, and arms extended out with the hands pointing downward. Second position looks like the first position, but extended outward. In the third position, the heel of one foot will be placed against the in-step of the other, with toes facing outward in different directions. One arm is in first position while the other is in second. In the fourth position, the ballerina should just begin in third position and move the front foot about a foot's length forward.

What is first position in dance? 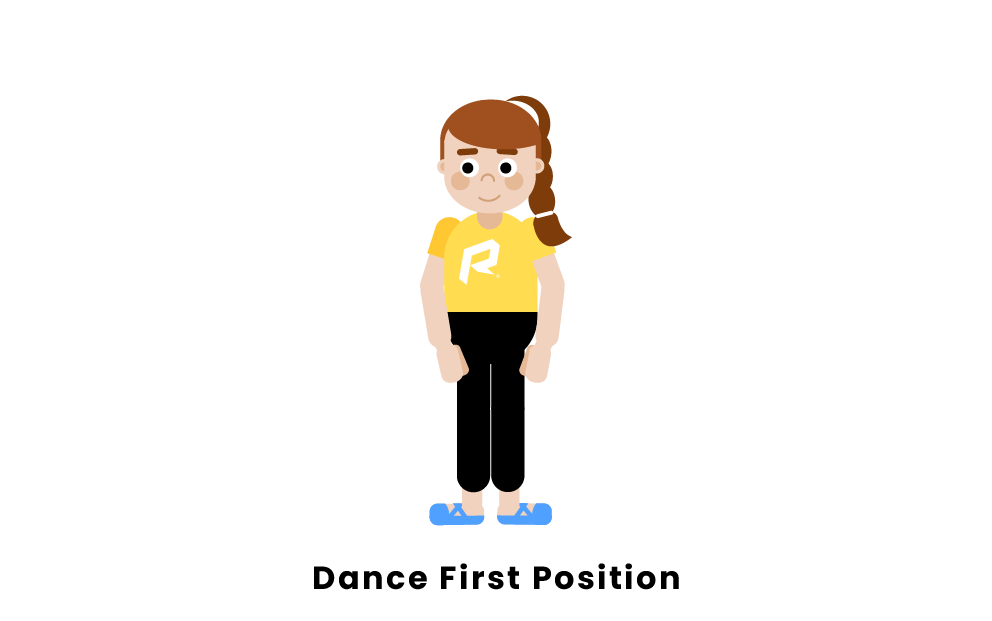 The first position is the simplest, but you cannot learn the other positions without learning the first. A dancer in first position should have their heels just slightly touching and their toes facing outward. The feet should be pointed outward at the same angle and the dancer should try to get the feet pointed as far out as possible. The arms will be placed into the side of the body with the hands and wrists placed slightly in front of the body. Dancers can imagine they are holding an invisible beach ball in front of them to get the distance right.

Most dance classes have dancers begin in first position, so make sure you know how to do it properly.

What are the Movements in Ballet? 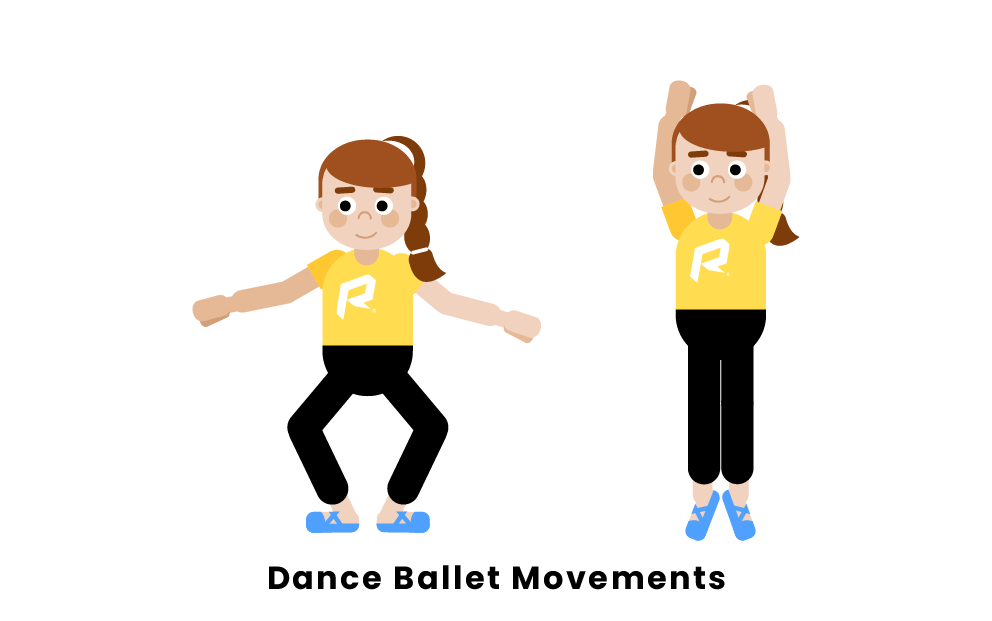 There are many different dance moves and skills that can be performed during a routine. However, there are seven main movements in ballet that are mainly recognized by Italian and English styles of ballet.

Those seven movements are:

These are the movements that ballet moves and choreography are built off of. Plier, relever, and sauter are the moves most beginners learn first, since they are the simplest and lead to the most basic dance moves. In a plie, the dancer will keep both feet on the floor and bend their knees directly over those feet. In a releve, the dancer will go on their toes, with one foot directly in front of the other, and raise their arms above their head. In a saute, the dancer will begin in a plie and then jump straight up, leaving the floor and landing on it with both feet at the same moment.

What is the hardest ballet move? 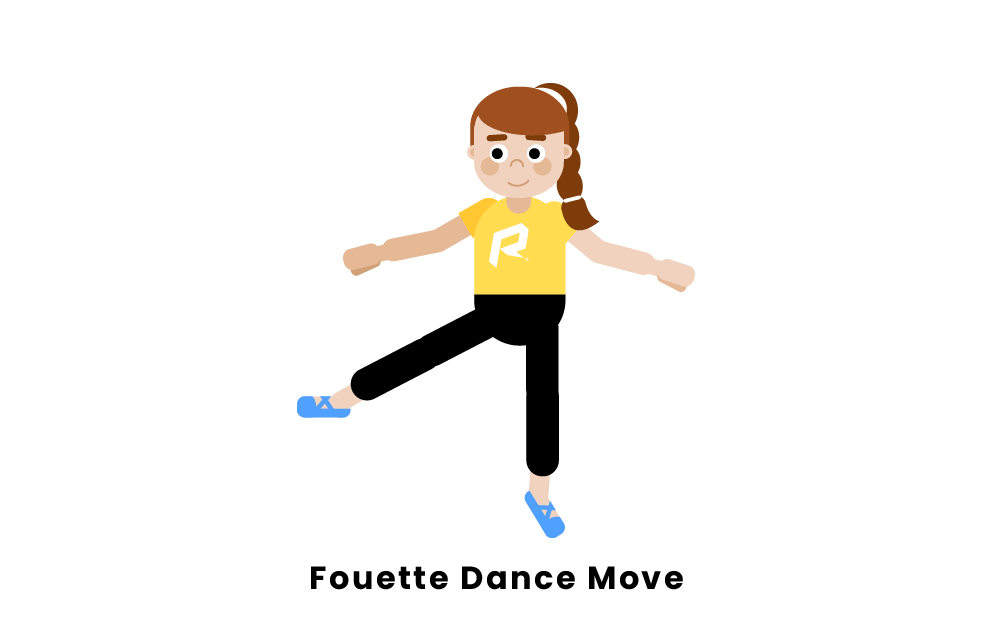 Though some may debate what the hardest ballet move is to perform, most people will agree that it is the fouette, which builds off of the releve's basic movement. The fouette happens when a dancer is performing a pirouette, which is a turn on one leg when in the releve position. The dancer must move their leg in a whipping movement while turning, as well as opening and closing their arms, in order to keep them spinning for longer. The move requires incredible balance, leg strength, and stamina to keep spinning as long as possible. In Swan Lake, one of the most famous ballets in the world, the dancer must perform 32 fouettes in one pirouette, which is the absolute hardest move in dance.

What are the fundamental positions in dancing?

As you've learned by now, there are many different fundamental movements and positions in dance that you will learn as you keep improving your skills. The fundamental positions for you to learn are first position (which you should know a lot about by now!), second position, fourth position, and fifth position. Third position is not as important for you to know, since it resembles fifth position too closely. When standing in these positions, remember that your posture is very important- you should always be standing up straight, with your chin held high and your shoulders set back. Your legs should be straight in these positions and your legs and feet should always be pointed out equally.

Once you master these fundamental positions, you will be on your way to high-level ballet!

At this point in our lesson, you have learned many ballet terms that could be useful for your future as a ballet fan or dancer! Let's dive deeper into some of the most important ballet terms to know.

History Of DanceWhat are the rules of dance?Dance 101
List of Dance SkillsDance Terms ListList Of Dance Facts
PreviousNext