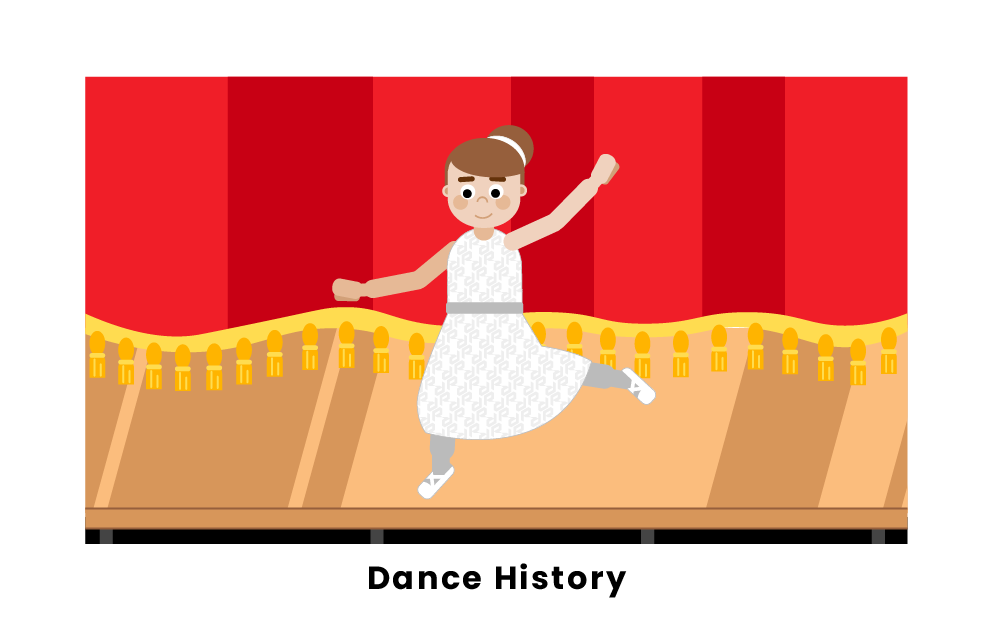 Dance is an art form that involves the rhythmic movement of the human body, often accompanied by music. Dancing was created thousands of years ago and has existed almost as long as human civilization has existed. Dance serves as a way to bring people together, as many dances are cultural, religious, and entertaining in nature, designed to help people express themselves and their cultures with their bodies.

There are many different styles of dance throughout the world, each requiring its own movements, clothes, or positions. There are no generic, standardized rules that apply to dancing, but there are many different rules applying to etiquette for dance classes or competitions. Dancers should be wearing the proper shoes for the style of dance they are performing (like tap shoes for tap dancing, ballet shoes for ballet dance, etc.), as well as an outfit appropriate to the dance and competition. Dancers should also not steal routines from other dancers without asking for permission since dance is an original form of art.

No singular country can definitively be credited with inventing dance, but historians have traced some ancient dances from 9,000 years ago back to modern-day India. Cave paintings exist in India depicting people dancing with others who are playing instruments, indicating that dance has been around for thousands of years and likely in cultures across the globe. Some traditional dances of today can still be traced back to Ancient India, Greece, Rome, and China, where civilizations and art flourished. Dance was a way to celebrate during festivals, a source of entertainment, and a religious ceremony for many of these civilizations.

Specific ancient and newer dances have more particular beginnings, like the salsa, which was invented in Cuba during the late 19th century. The tango, meanwhile, was created in Argentina and has African and European influences.

Dance has been popular since civilizations have existed, but dance became a profession in the mid-1400s when dancers began performing for wealthy Europeans during the Late Middle Ages. By the mid-1600s, the first ballet company and ballet theater were established by King Louis XIV in Paris, with one founded in Russia soon after. Ballet soon became a major source of entertainment around the world and became less reliant on wealthy donors to support it. Ballet dancers were exclusively male at first, but in time, female ballerinas took over the sport, and have sustained it to this day.

Even modern dances performed today are difficult to credit to a single person since they have become so widespread and changed over the course of time. Typically, we attribute styles of dance to certain countries, states, or cities in which they became popularized. We know breakdancing, for example, originated in Brooklyn in the 1970s and that the can-can began in Paris in the 1830s, but we cannot firmly state who created these dances. In fact, most dances are created over time, with multiple people contributing aspects of a dance that gradually coalesce into the final version.

Dance has been popular since its invention due to its many uses during festivals and ceremonies. However, during the European Renaissance (c. 1300-1600 AD), many new styles of dance became popular and more widespread. Choreographed dances to both slow and fast music were popularized by the wealthy class. Later, as the world became more globalized, new styles of dances were influenced by African and South American cultures.

Dance is popular everywhere in the world! We dance to celebrate at weddings or parties, dance to entertain others, or simply dance when we are happy. Here are some countries where we see professional dancers more often than in others:

No single person or group of people invented dance. Dance originated in different places around the globe, in areas that are now modern-day India, China, Greece, and Italy, as early as 9,000 years ago. Inventors can be identified for certain disciplines of dance, such as ballet. The Italian-French violinist and composer Balthasar de Beaujoyeux invented ballet when his dance company first performed the Ballet Comique de la Reine in 1581.

When was dancing invented?

What is the oldest known dance?

There is much debate about the identity of the oldest known dance, and there is very little key evidence to suggest which dance originated first. Archaeological evidence suggests that the oldest known form of dancing originated in India, and many modern dances can be traced back to these early dances.

Pages Related to History Of Dance