Track Cycling - An Overview And Guide 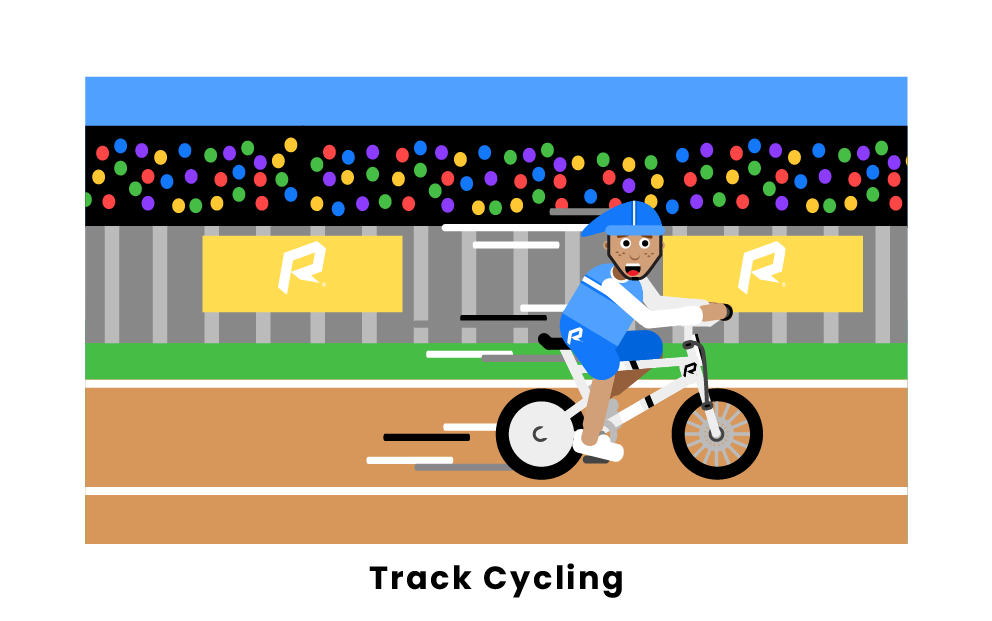 Track cycling has been a mainstay in sports history since 1870, when the first original outdoor wooden track was constructed in England. Today most indoor cycling tracks and competitions are held in unique arenas known as velodromes. Track cycling consists of competitors racing around the velodrome track with two long straightaways and two slightly banked turns. The races have anywhere from two to six participants on the track at one time, depending on the type of race being held.

Some everyday track cycling events include the Madison, named for the race originating in Madison Square Garden, individual pursuit, and time trials. The type of event depends on the competition, and currently, the sport is featured in five different Olympic events. These events include sprint, omnium, keirin, Madison, and pursuit. Each event offers a division for both men and women.

What is track cycling?

Track cycling is a variation of cycling that typically occurs indoors at stadiums, referred to as a velodrome. The races usually fall under the categories of keirin, Madison, omnium, sprint, and pursuit. The objectives and number of participants vary based on each event, but all take place inside the track and focus on speed, control, and power. Races are commissioned by the Union Cycliste Internationale (UCI) and are on display in various events within the Summer Olympic Games.

How fast can track cyclists move?

Track cyclists are known to reach dizzying speeds, with competitors racing at speeds that can top out at nearly 43.5 miles per hour while racing around an 820 ft long track. The current world record for fastest maintained speed during an hour of competition for the sport is held by Chris Boardman, who reached a speed of 35.03 miles per hour and kept his pace for an entire hour.

What are the disciplines of track cycling?

Track cycling has various disciplines that the competitors participate in. The Olympic committee recognizes the following events: sprint, keirin, Madison, omnium, sprint, and pursuit. These disciplines vary in nature with events such as the team pursuit, where the racers ride single file, known as a “paceline,” and take turns leading the team around the track. Meanwhile, other events, such as the sprint races, feature two or three riders pitted against each other over three laps of the track. Omnium is a form of track cycling that can feature a variety of races, sometimes held over multiple days. According to the UCI, omnium consists of four races: the scratch race, tempo race, elimination race, and points race.

Pages Related to Track Cycling - An Overview And Guide