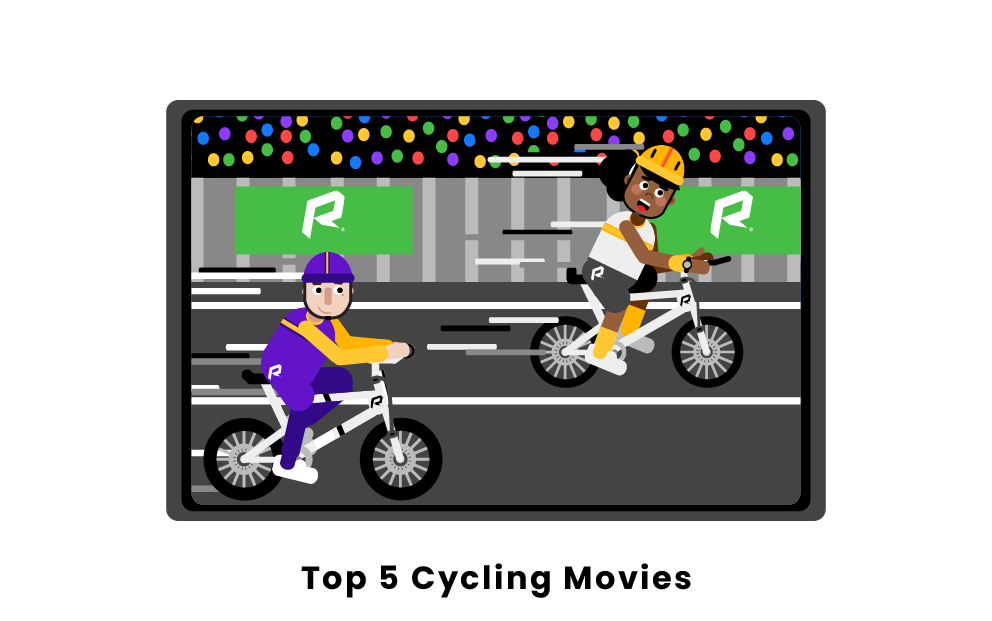 What are the most popular cycling movies?

Breaking Away is considered one of the most classic cycling films in history. Released in 1979, this film follows Dave Stohler and his friends. Dave is not Italian, nor a professional cyclist, but he idolizes the Italian cycling team so much, he takes up the language and pretends to be Italian. Living in Bloomington, Indiana, he is the furthest thing from a professional, but strives to one day race against them. One day, the group finds out that Team Cinzano will be racing near their hometown. This is a heartwarming story of a relentless kid who believes he can do anything. This film is a classic, not only for the wholesome story, but for how comical they make it. This is a treat to watch from the beginning to end. This deserves the top spot because this is a classic that sets the tone for cycling movies to come.

Another pure classic, American Flyers is a movie that deserves a spot on this list. Starring Kevin Costner and Produced by John Badham, this film follows Marcus Sommers, a cyclist who gets his brother to race with him in a race in the Rocky Mountains. Little does he know that his brother has a brain aneurysm and is in danger every moment of his life. The two, plus some friends all relentlessly train, but the race may be out of their reach.

This classic film deserves to be on this list, because just like Breaking Away, it is a classic film that set the tone for cycling. Released in 1985, this film also stars stars of the time such as Rae Dawn Chong and Luca Bercovici. This film is an American classic and deserves to be considered one of the most influential and popular cycling movies of all time.

This 2017 documentary follows after the alleged cycling scandals and Olympic scandals of doping. One famous household name, Lance Armstrong, was scrutinized and suspected of doping. This inspired the filmmaker, Bryan Fogel, an avid cyclist, to try to demonstrate how easy it would have been to get away with doping. From this, he met Grigory Rodchenkov, one of the heads of the Russian anti-doping laboratories. The information he gained from Grigory has led the documentary in a whole new direction and has become the most revealing documentary on Russian doping in the world.

This harrowing documentary follows the sandal of the former cycling legend Lance Armstrong. The Tour De France is the most prestigious race in the world and he has won seven times. This documentary reveals the reason he was able to dominate the sport for seven consecutive years. The answer is doping. This documentary looks into the scandal that plagued the cycling community and made Lance Armstrong from a household name to one who is considered an embarrassment to the sport.

This documentary is one of the best because of the implications of what this means for the community. Released in 2013, this accurately chronicles the fall of a once great cyclist. Not only does this chronicle his story, they interview Lance for his take and it gives the film a finality to it. This is a highly recommended film to understand the context of road cycling and the issues with training and drugs.

This 2014 documentary chronicles why women cyclists should get what they deserve. It shows the passion, drive, and dedication that these women have, despite being looked down on as less than. This documentary sheds a light on the passion of women's cycling and is an amazing film to watch.