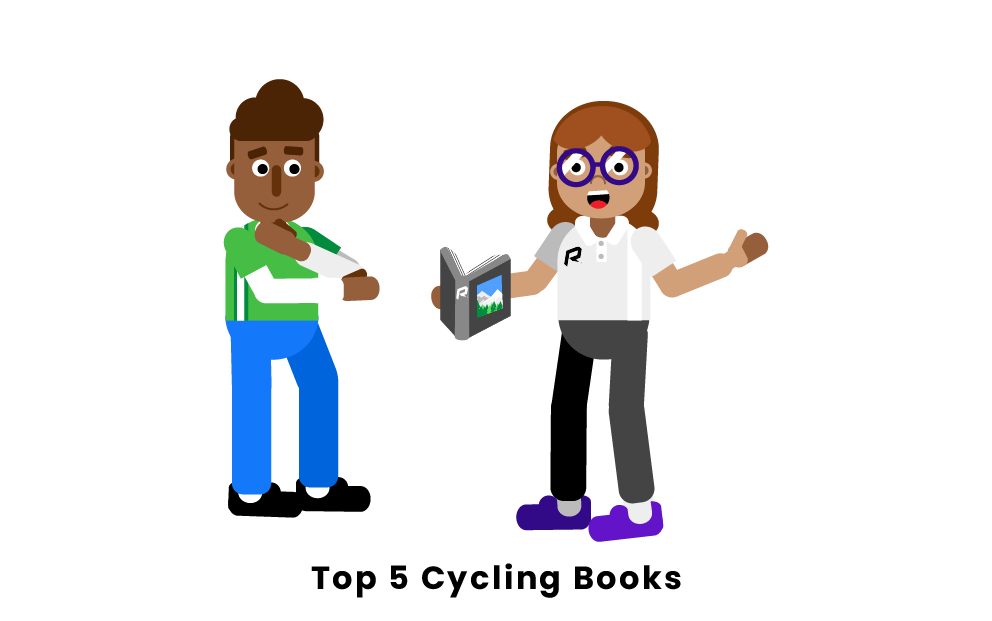 What are the most popular cycling books?

This Road I Ride is an incredibly touching story and deserves the top spot on this list. This self written book, written by Juliana Buhring, follows her life after the tragic death of the person who she loved. In an effort to honor his memory, her and a friend wanted to ride across Canada together. Despite the sentiment from her friend, she decided to not only ride across the world, but she was going to do it alone. This book is touching and introspective into the life of a person who was not a cyclist, but did this to honor a loved one. This deserves the top of this list because not only has this book received countless amazing reviews, but the story has the chance to inspire and motivate all of us.

Sunday in Hell may sound like a familiar title. If it is, you may have seen the 1976 film Sunday in Hell. This book looks at this legendary film and analyzes what makes it the best cycling documentary of all time. This book looks at how influential this movie was for the way we view cycling now. Not only did it have revolutionary camera and sound techniques, but the film also follows some of the best cyclists to ever live. The book observes the method and places behind this legendary film and praises the creativity of the producers and filmmakers that worked on the fim. This book earns a spot among the best cycling books as it looks into the making of one of the best cycling documentaries of all time.

Mind is the Ride is widely considered one of the best cycling books of all time. The author, Jet McDonald, uses his cycling adventures in India and the lessons he learned while doing this, to explore areas of philosophy. For fans of cycling and philosophy, this is the best mix of both worlds. While this may be a book for philosophy fans over cycling fans, the combination of his personal experiences paired with philosophical reasoning makes this an incredible read for the introspective reader. This book is perfect for anyone interested in either of these categories.

The Tour De France has been the most significant cycling event in history ever since its inception in 1903. Ever since, one race stands out as the most influential and one of the most exciting. This race was the 1986 Tour. This book follows the story of Greg LeMond and his incredible win over the long time champion, Bernard Hinault or "The Badger" as many would call him. In the 1985 tour, LeMond came in a close second to The Badger, but in the next year, The Badger vowed to help LeMond win the race. While the sentiment was good, can The Badger really be trusted? This incredible book follows the nerve wrenching story of treachery and victory in what is considered the best Tour De France in history.

Team Sky is considered a very recognizable team in not only the Tour De France, but other categories of racing such as the Olympics and other regional tours. Their inception is very interesting. Following a dominant performance in the 2008 Beijing Olympics, they were invited to race in the Tour De France, the most demanding professional ride in the world. This incredible book looks at the logistics, struggles, and victories that come with producing a new cycling team from scratch and their impressive 2012 Tour Victory. This book is highly recommended for cycling fans and for history buffs who are interested in the history of the inception of a new professional team.