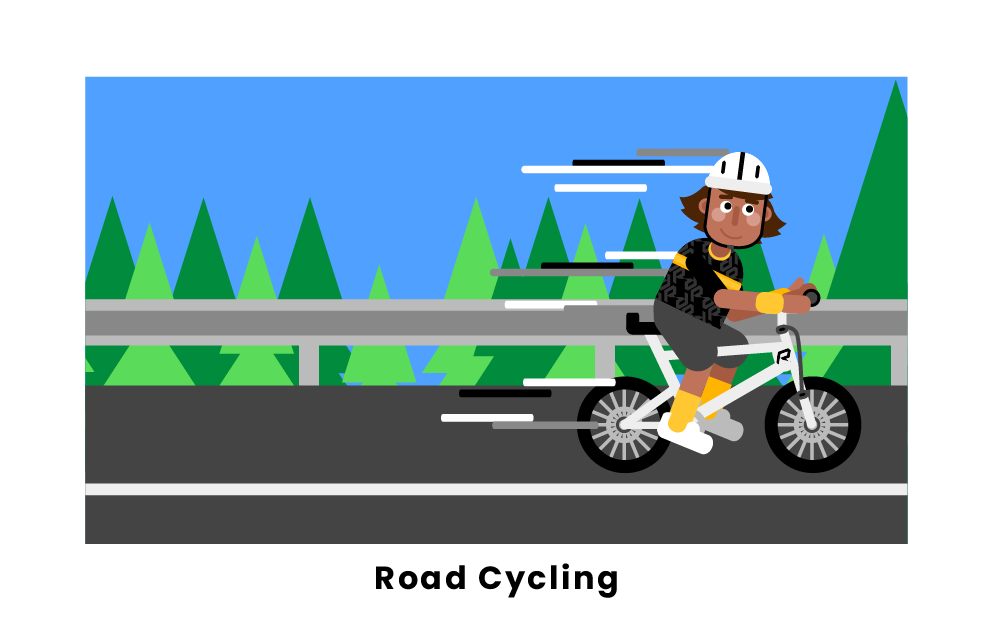 What is Road Cycling?

Road cycling is the most widespread and popular form of cycling. From professionals with multi-million dollar contracts, to avid amateurs partaking in local races, to young children riding around the park with their parents, road cycling is a popular sport at all ages and all levels of expertise. Over a billion bicycles are used in some form every day across the globe. Continue reading for more information on this discipline in the cycling world. 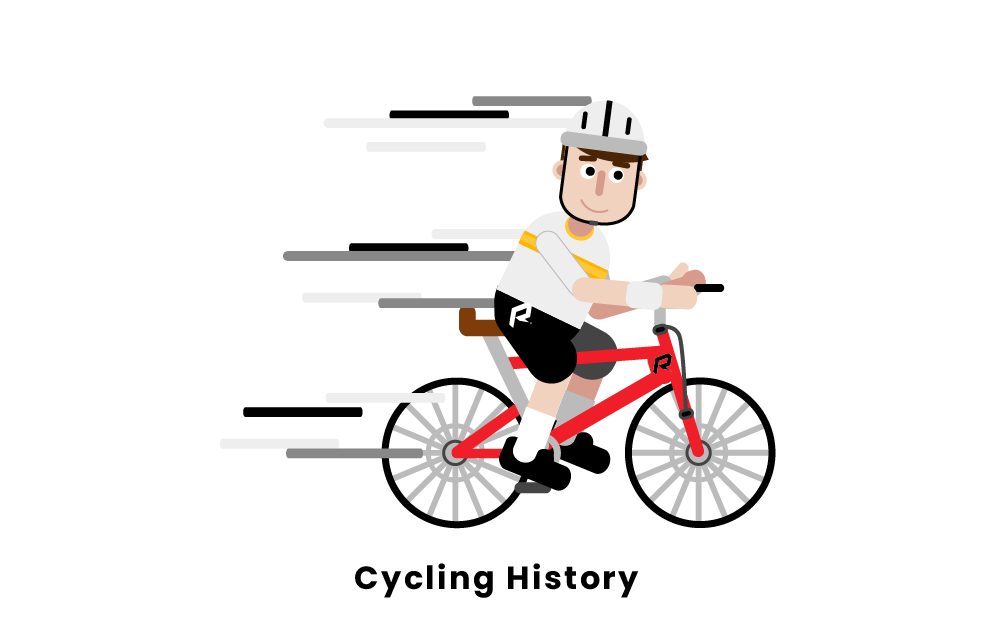 The history of road cycling is closely linked to the origins of cycling as a whole. The very first bicycle was constructed in 1817, and the first modern bicycle was invented in 1880. The sport of racing on bicycles made huge progress when the first chain-and-gear system was built in 1885, allowing cyclists to raise and lower their gears when climbing tough hills or coasting on easy flats. The first Tour de France happened 1903, and road cycling was part of the very first Olympic Games. Since then, the sport has gradually enjoyed increased popularity, experiencing an explosion of admiration in the 1990s and early 2000s as American champions Greg Lemond and Lance Armstrong became more well known. 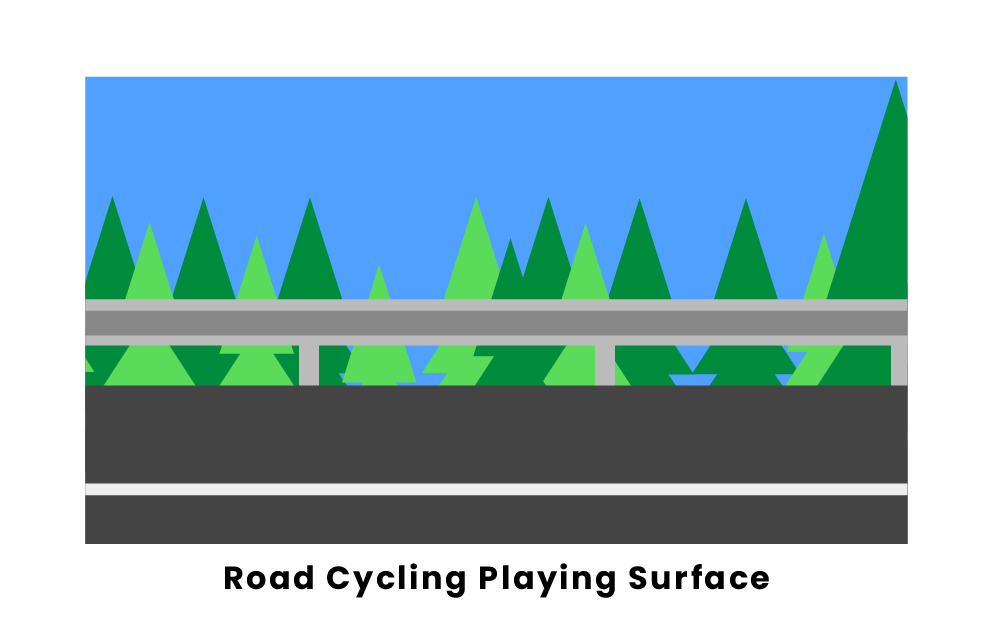 Road cycling takes place, of course, on the roads! Most races go through a combination of city streets, country roads, and even mountains. The most famous road race of all, the Tour de France, takes place on a course that traverses the entire country and has stages on winding mountain roads, the iconic Champs Elysee, and through traffic-controlled cities.

Some races go through the rougher terrain of gravel and cobblestones, though much to the chagrin of the world's top cyclists. Tour de France winner Bernard Hinault famously called cobblestone races "nonsense." Since most top cyclists dislike such uneven surfaces, these races have gradually fallen out of favor today. 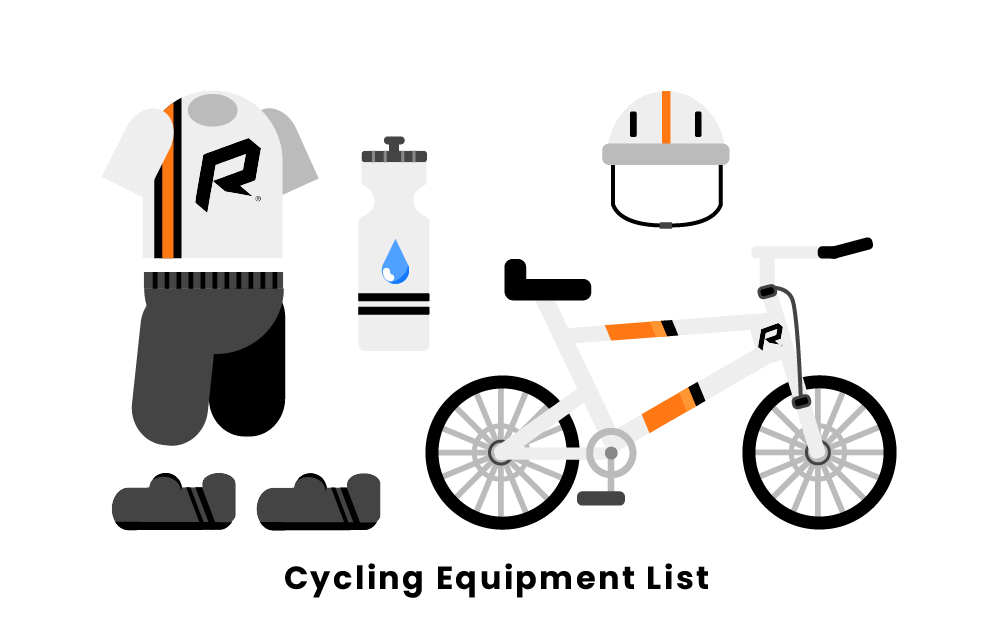 Road cycling requires relatively few pieces of equipment, but they can be quite expensive. All riders should have the following:

A high quality bicycle alone can cost upwards of $10,000, and you certainly don't want to skimp on a helmet that could be the only thing protecting your head in a serious crash! There are of course added accessories like heart rate monitors, sunglasses, and watt-reading devices that an avid cyclist may want to purchase, and those too can cost hundreds of dollars each! 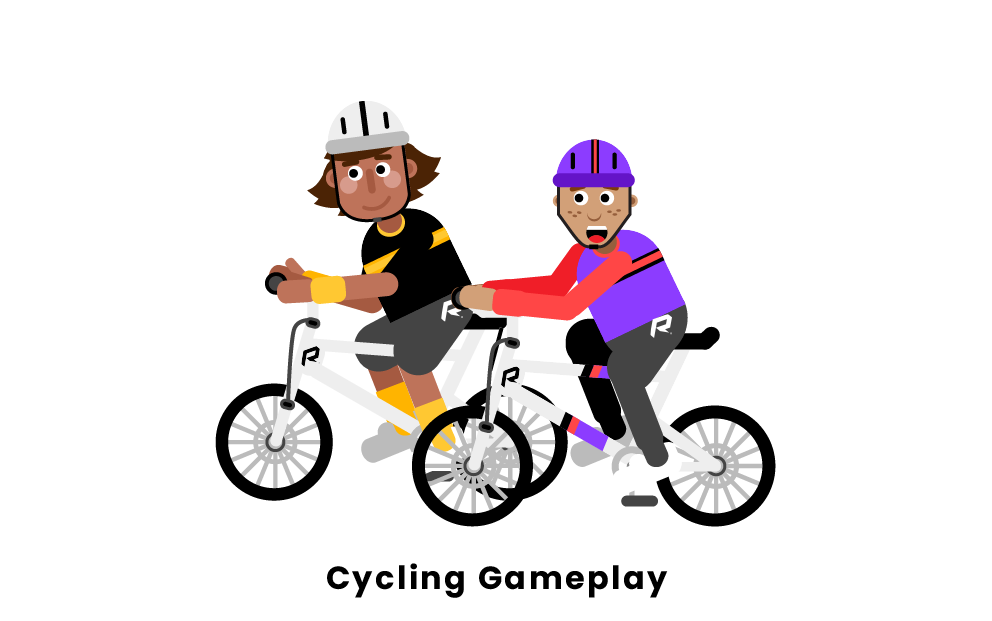 Professional road races are a wonder to behold. Cyclists sprint to get out into good positions early, then try and get behind other riders to conserve their energy. Major breaks in the "peloton" (or the main pack) happen up tough climbs and down epic descents, and many races come down to insane sprints in the final miles.

While the pros might partake in month-long stage races, beginners will do well to find races lasting around 30-60 minutes, and most amateur races are single-day races. 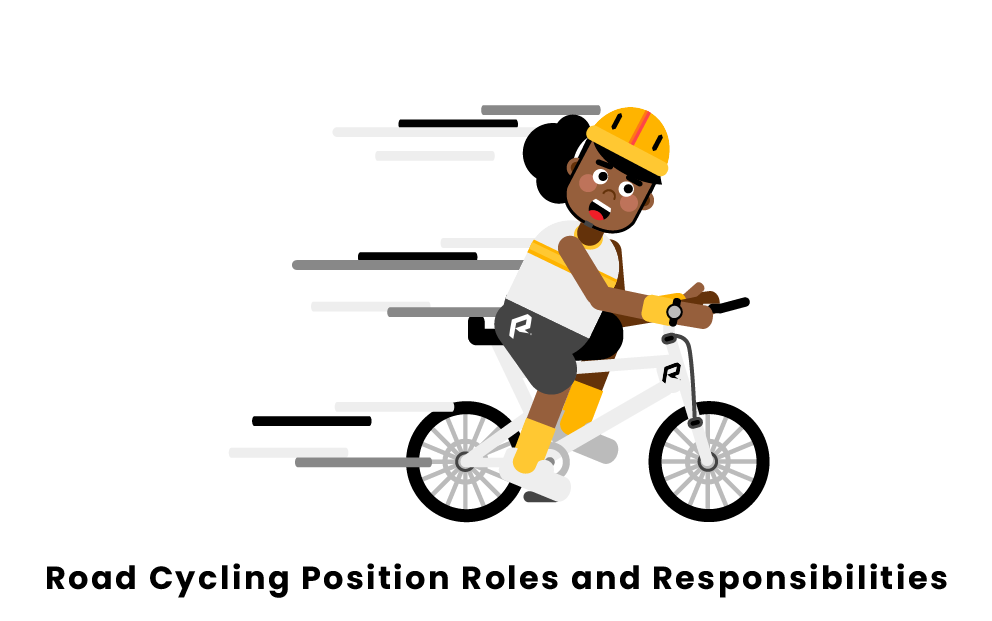 In major road races, teams of cyclists will band together in an effort to place a team member on the victory stand. The best cyclist on the team, called a "leader" or "captain," will be the one around whom everyone else rallies. Secondary teammates called "domestiques" will do everything in their power to help the leader win, including letting the leader draft off them, making insane surges to break apart the field, and even sacrificing their own performance to help the captain catch up to the front of the race.

Other important members of a cycling team include the team manager who is in charge of practically everything during the race; the team coach who trains the athletes and strategizes; and trainers, nutritional and medical staff, and even masseurs. 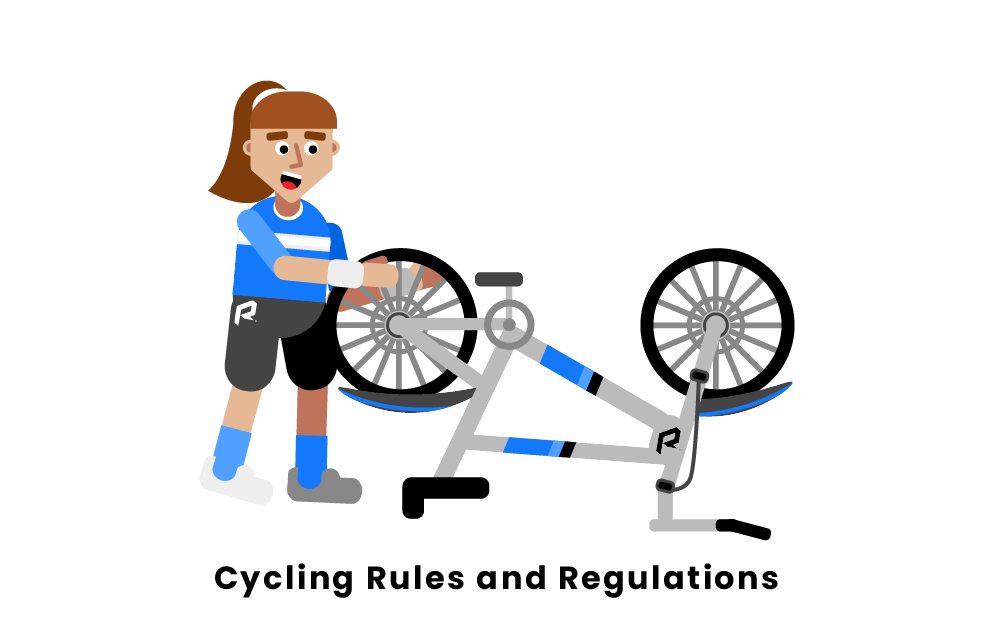 The basic rules of road cycling are fairly straightforward: the first to the finish line wins. In multiple day-long races called "stage races" (such as the Tour de France), the finisher with the lowest cumulative time wins.

However, there are a number of odd rules that pop up every now and then. Here are just a few that are official regulations of the Tour de France: 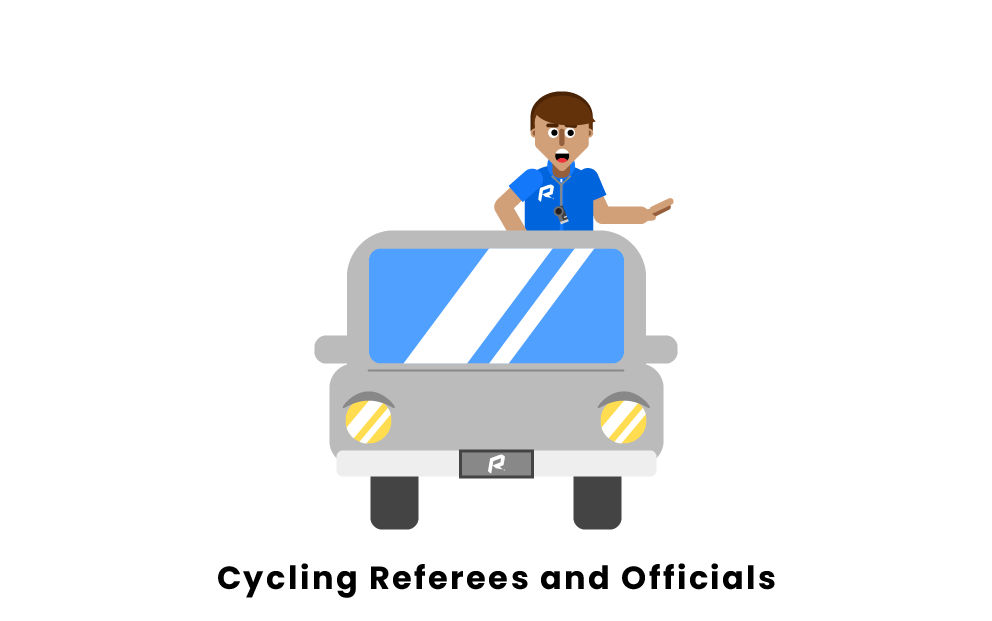 Cycling officials are called "commissaires," the french term for commissioner. Commissaires have massive responsibilities, and due to the immense popularity of the sport (especially in Europe) it is quite a stressful job.

Commissaires at major races work 24 hours a day, meeting with each other to discuss the day's tasks ahead of time, working to ensure safety and compliance during the day's competition, and then meeting again afterwards to address any rules violations, special incidents, or accidents.

There are of course lower-level referees, upon whom the commissaires depend to carry out the important tasks of traffic control, timing, and finish judging. 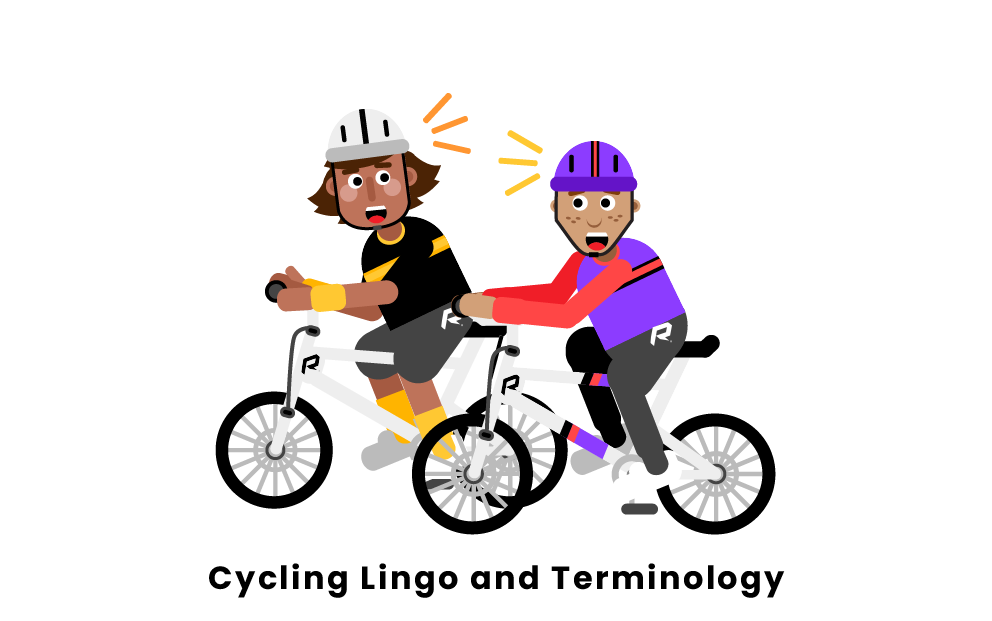 If you feel lost when listening to cycling events, here are some key terms that every cycling fan should know. 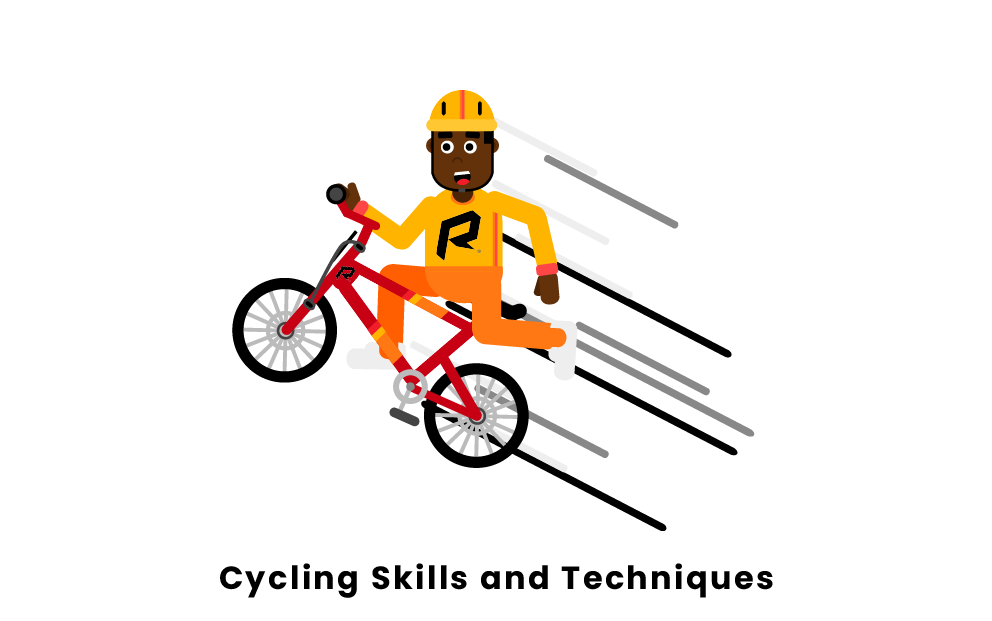 While it doesn't seem like there's much skill in completing a course as fast as you can, the opposite is actually true! Elite cyclists are not just in top physical shape, but they've perfected a number of difficult riding techniques.

A good cyclist must have great knowledge and intuition when it comes to their gears: they must know when to change gears and how much to change when going up or down hills. In addition, cyclists must practice tirelessly to master the art of riding up long climbs and sprinting at the finish.

Learning to ride in a big pack and draft is also something that doesn't come easily yet is essential to ultimate cycling success. Other techniques like cornering, leaning into turns to save time and distance, are also vital to becoming an experienced rider. 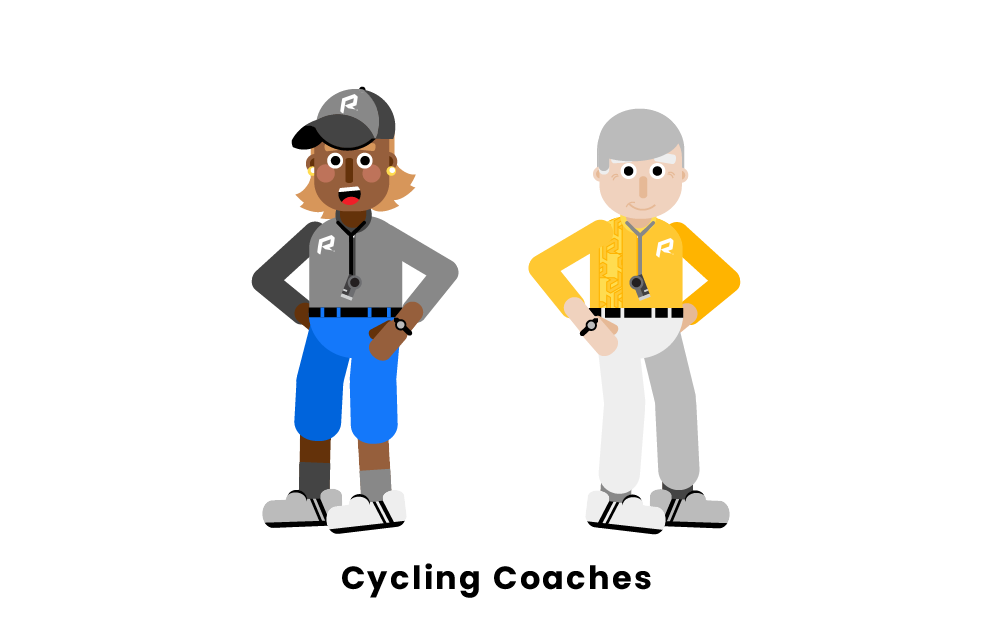 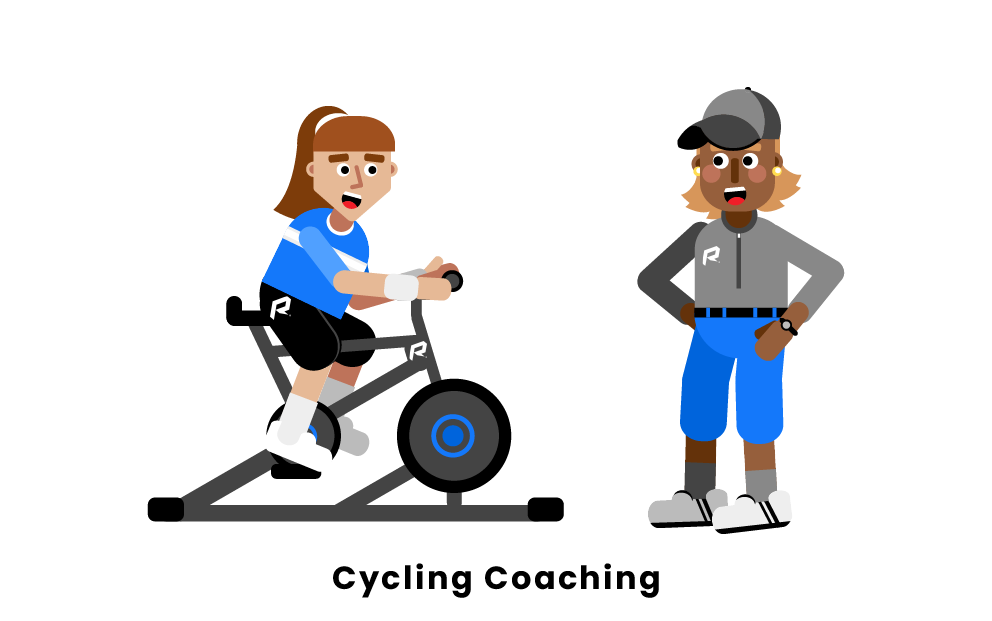 A cycling coach must have a thorough understanding of exercise science, endurance training, cycling strategy, and team tactics. Aside from handing down training workouts to each member of the team, the cycling coach plays a critical role in recruiting new cyclists to teams and in managing the team's dynamic.

Road cycling races are long, drawn out affairs, and energy conservation is vital to success. Cycling strategy revolves around setting up the cyclist to best use his or her energy in the most efficient way possible.

For instance, some cyclists are extraordinary climbers. Marco Pantani was famous for his ability to climb massive mountains faster than any of his competitors. Despite not having the greatest speed in the field, he managed to win many major races by crushing his opponents on the uphills and then hanging on in the finishing straight.

There is a lot of strategy that focuses on teams as well. Each team has their own ways of helping their leaders to victory, including making planned sprints in the middle of a stage and blocking other riders from pursuing the leader on a breakaway.

Even though cycling races are tests of endurance, strategy plays a huge role in deciding victory. 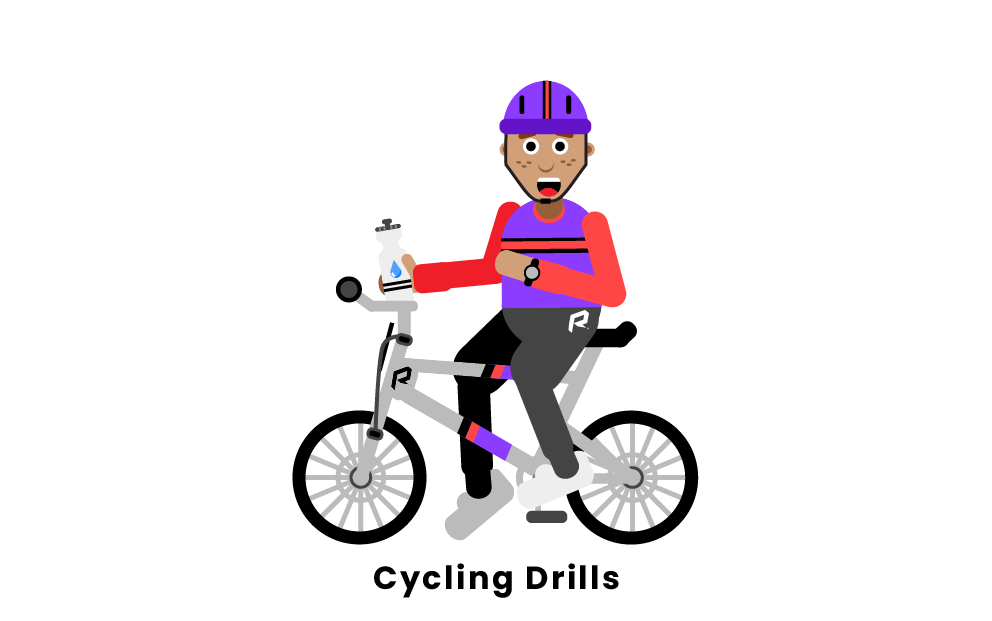 While a cyclist spends most of their time out on the roads improving their stamina, they must also improve their speed for tough climbs and final sprints to the finish line. Below are some drills recommended by USA-certified coach Selene Yeager. More sure you spend some time warming up and cooling down with easy pedaling when doing these. 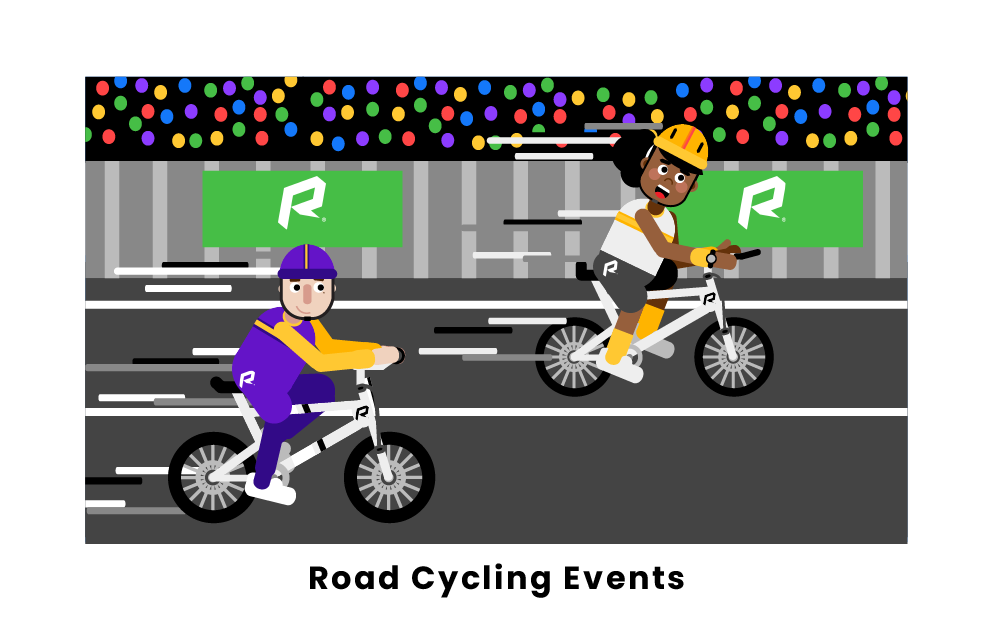 There are many different events in road cycling. There are dozens of formal and informal race types, including single day races, time trials, stage races, and ultramarathons. Below are descriptions of each, and some famous examples that you may have heard of: 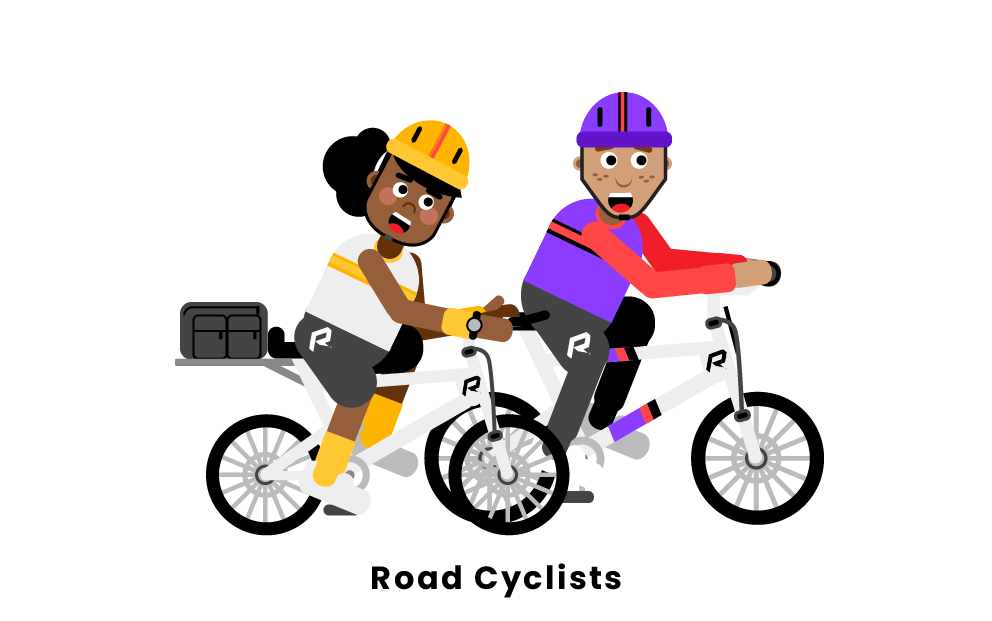 Cyclists have a tendency to become national heroes and cultural icons. Lance Armstrong is one of the most recognizable names in the world today; Bernard Hinault was France's star athlete when he was riding; Eddy Merckx achieved widespread fame in Belgium when he was winning races.

Below are some of today's top riders (and some of history's most famous), along with their teams and nationalities: 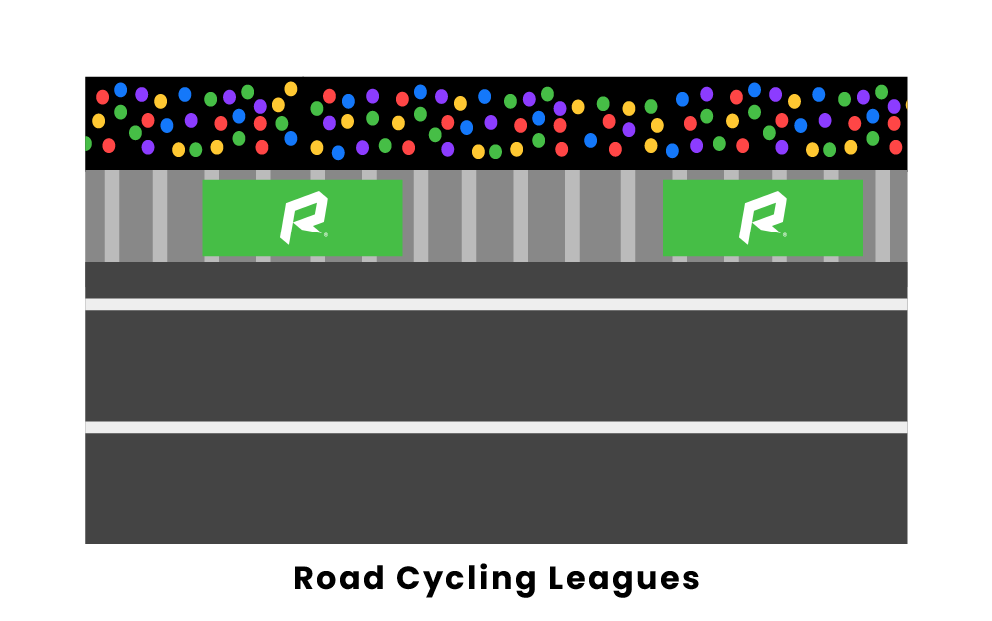 Road cycling does not have any official international leagues. Most professional cyclists spend their time racing in a series of races that are not officially affiliated with one another but are part of the UCI World Tour. These races include the three grand tours (Tour de France, Giro d'Italia, Vuelta a Espana), the single-day classics like the Tour of Flanders, and the road cycling World Championships.

Here are some national-level leagues and the major international tours that cyclists take part in:

Cycling teams exist at all levels, from elite 20-person pro teams to massive amateur clubs. The top teams have a single major company sponsor (like USPS or INEOS) with other smaller sponsors, while smaller amateur teams may be backed by multiple companies or be self-funded. Here are a few big-name teams in the world of cycling: 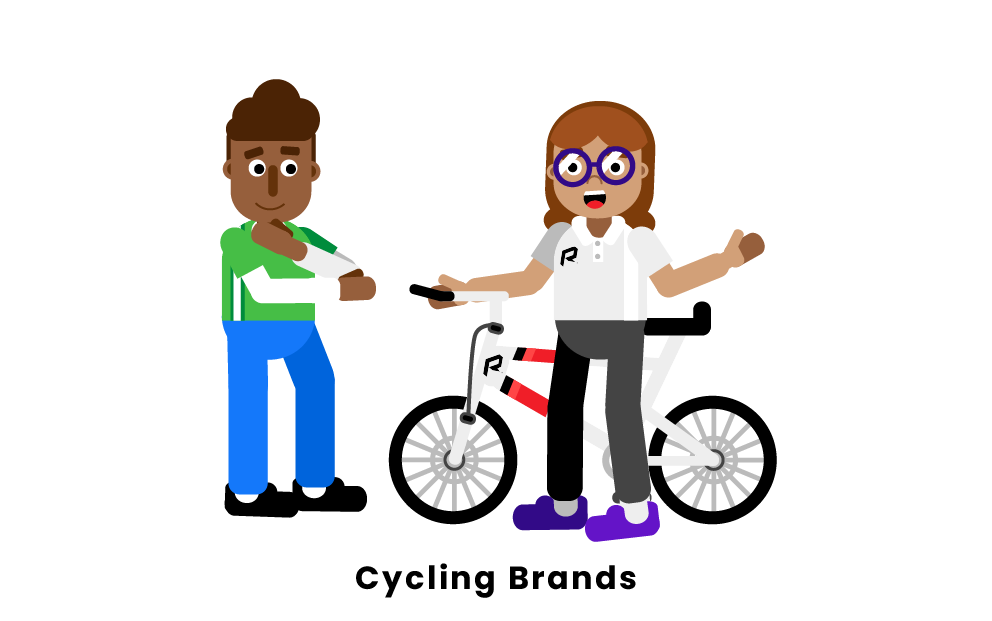 There are many brands that supply cycling equipment and apparel; here are a few popular ones. 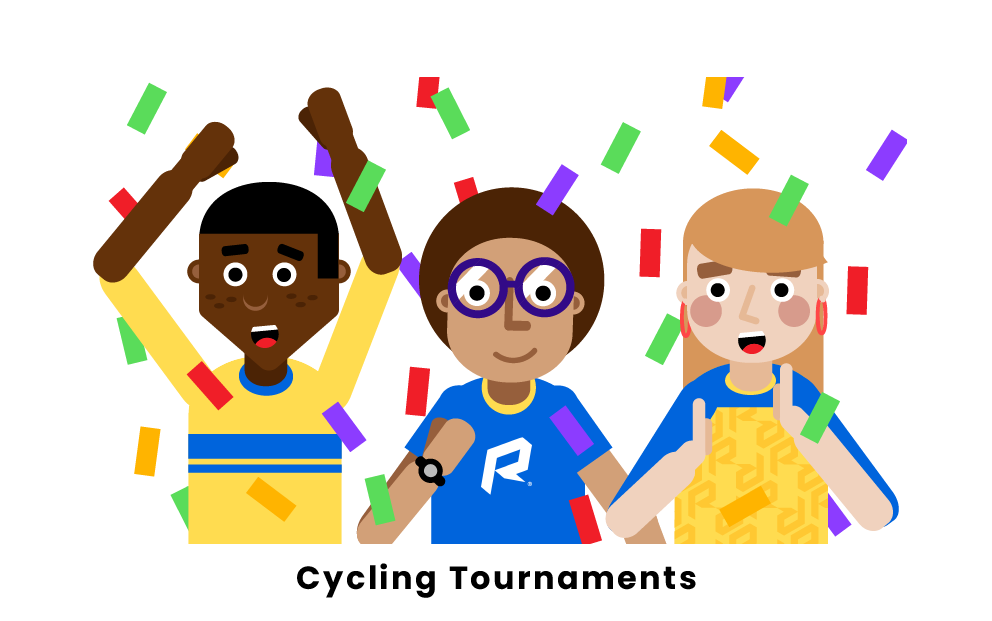 Le Tour de France, the iconic month-long race along the countryside of France, is the most famous cycling race in the world. However, the world of cycling tournaments is far greater than that single race alone. Here are a few of the other biggest races and tournaments to keep an eye out for: 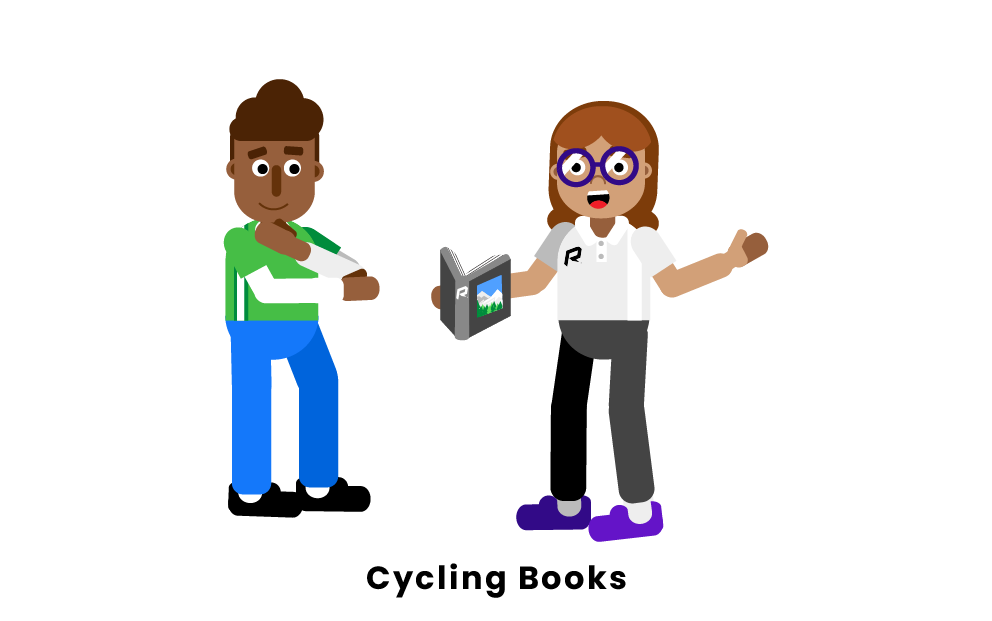 From autobiographies from the world's top cyclists (check out The Climb, by Chris Froome) to investigative reads like Matt Rendell's The Death of Marco Pantani, there are many cycling books out there just waiting for you to read them! If you're looking for something to read, you can check out some of these ones from your local library today:

What is Road Cycling?

Road cycling is one of the main disciplines of cycling. Cyclists spend their time on streets and roads. Races last anywhere from 30 minutes to multiple days. Road cycling is the most popular form of cycling, and the Tour de France is the most well-known bicycle race in the world.

While road cycling may not seem as dangerous as mountain biking, and may not be as fast-paced as track cycling, there are still considerable dangers involved in the sport. Cars, other cyclists, pedestrians, and animals are all potential hazards that you must watch out for. Crashing can be incredibly painful, especially if you're flying down a massive hill.

How do you become a road cyclist?

Anybody can be a road cyclist! All you need is a bike, a helmet, and determination. Hop on your bicycle and get out onto the roads, and just like that you're already a road cyclist. If you want to enter into some races, you can find more information at Cycling USA's website.

What is the ideal cadence for road cycling?

While the science is inconclusive and most experts can't seem to agree on an exact number, it is generally accepted that the faster you're going, the faster your cadence should be. When all-out-sprinting, it is most economical to have your cadence somewhere between 90 and 120 rpm, while going at a slower, steadier pace might dictate a cadence of only 65 rpm.

The "right" cadence depends a lot of the kind of rider that you are. A good rule of thumb is that pedaling at 90 rpm will give you decent power output for the effort you're putting in.

What are the rules of cycling?

The basic rules of cycling are simple: first to the finish line wins, and follow the rules of the road!

The cycling rules of the road are the same rules that all motorists, drivers, and cyclists must follow. Cycle with, not against, traffic. Yield to pedestrians. Signal when turning. Those kinds of things. These rules are designed to keep you and everyone around you safe, so sticking to them is very important.