What are the rules of curling? 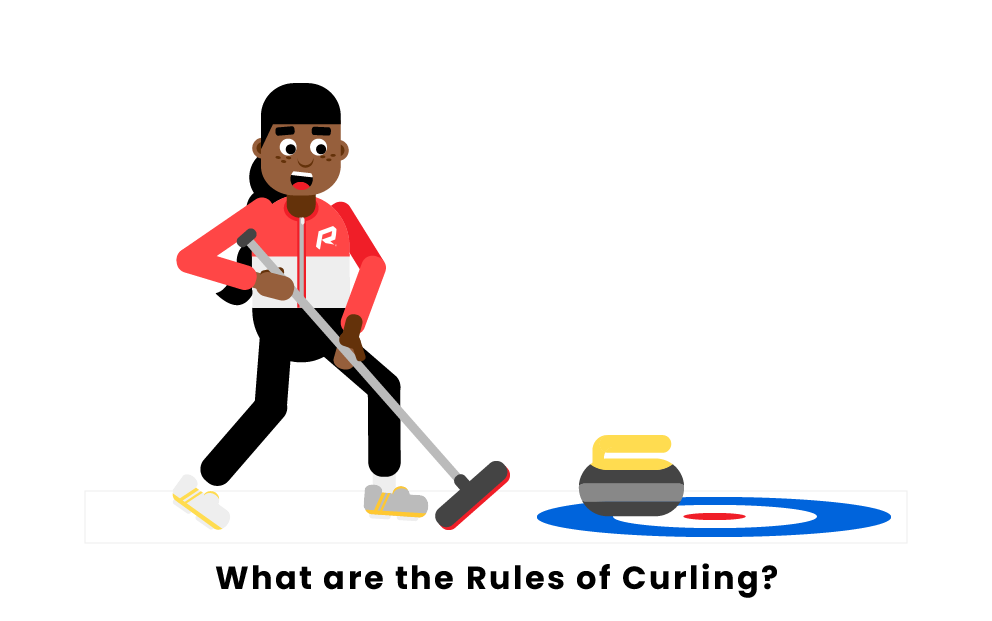 Curling is a unique sport that resembles shuffleboard on ice. A competitive match of curling is untimed and lasts for 10 rounds known as ends. Each end is completed once all 16 stones from both teams have been thrown. An olympic regulation playing surface for curling is 15 feet wide and 150 feet long. Both ends of the playing surface have a target composed of 4 circles that vary in diameter. The target is called the house. Players aim to throw their stone at the center of the house, known as the button, to score points for their team. 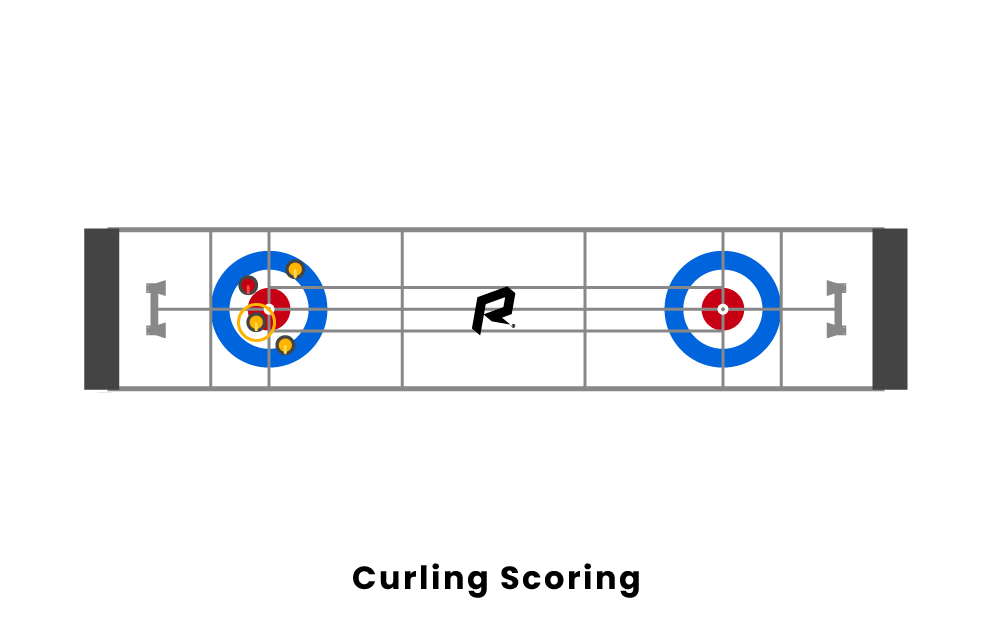 After an end is completed, the team with a stone closest to the button will score points that round. For every stone a team can get closer to the button than their opponent, the team will be awarded one point. A stone must be inside of the house in order to score points. For example, if team A has a stone in the button and team B has two stones outside the button, team A will score 1 point for that end. In addition, if team A had two stones in the button and the next closest stone was team B outside the button, team A would be awarded 2 points. 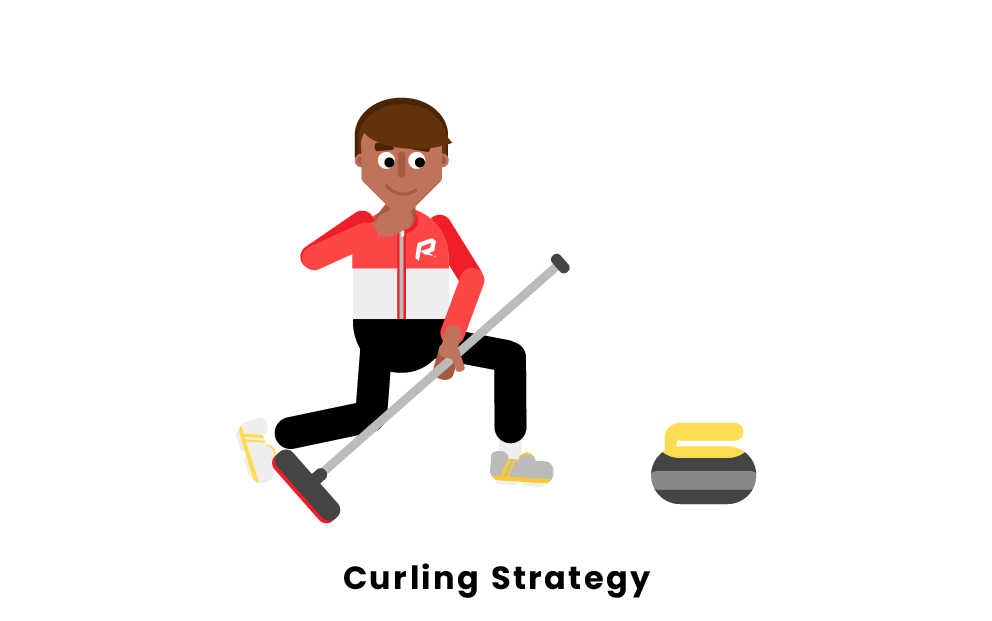 Since a team desires to have their stones finish closest to the button, the team that gets the last throw has a major advantage. This team, known as the hammer, can purposefully throw their stones at opposing stones to knock them out of the way. These types of shots are called takeouts. To prevent takeouts, teams will throw what is called a guard shot. Guard shots are lighter throws that land near the edge of the house. Therefore, the guard stone now protects any stones that might be closer to the button.

The hammer is given to the team that lost the previous round. Moreover, it is not beneficial for a team to win an end by only 1 point because of how meaningful the hammer can be. Therefore, the team with the hammer will not purposefully knock out each of their opponents stones and score 1 point on the final toss. However, if no stones finish inside the house, then neither team scores that end and the hammer remains with the current team. 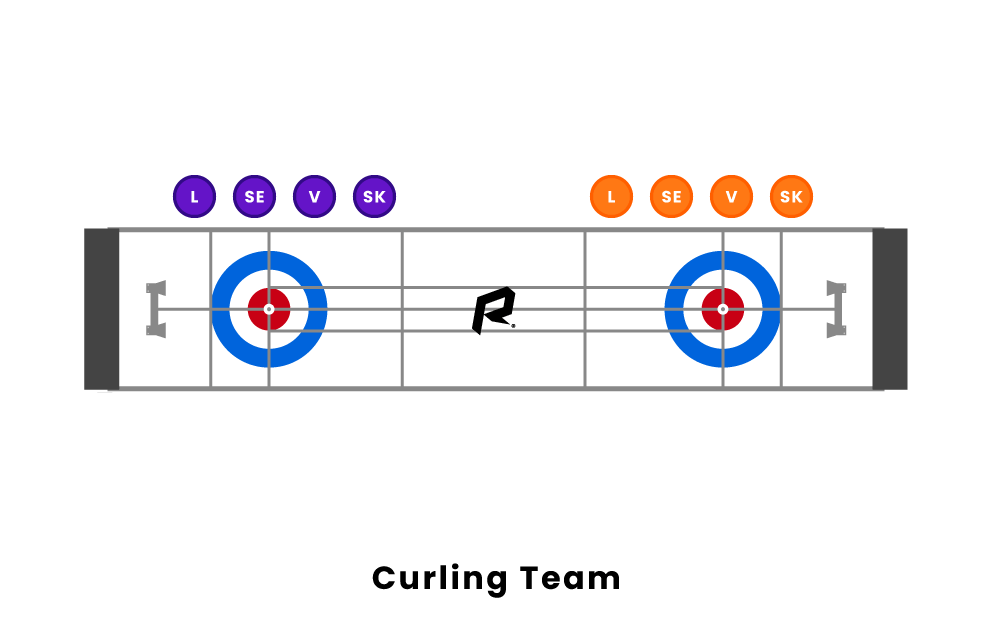 A team in curling is made up of 4 different players. The lead holds the responsibility for throwing the first two stones and sweeps once their throws are over. The second has the same responsibilities as the lead, but instead throws the 3rd and 4th stones. The third, otherwise known as the vice-skip, throws the 5th and 6th stones and only sweeps when needed. The final player, the skip, is the most valuable player on the team. Not only does the skip throw the final two stones, but they control the overall strategy for the team. The skip yells out commands to the sweepers about the trajectory of the stone. 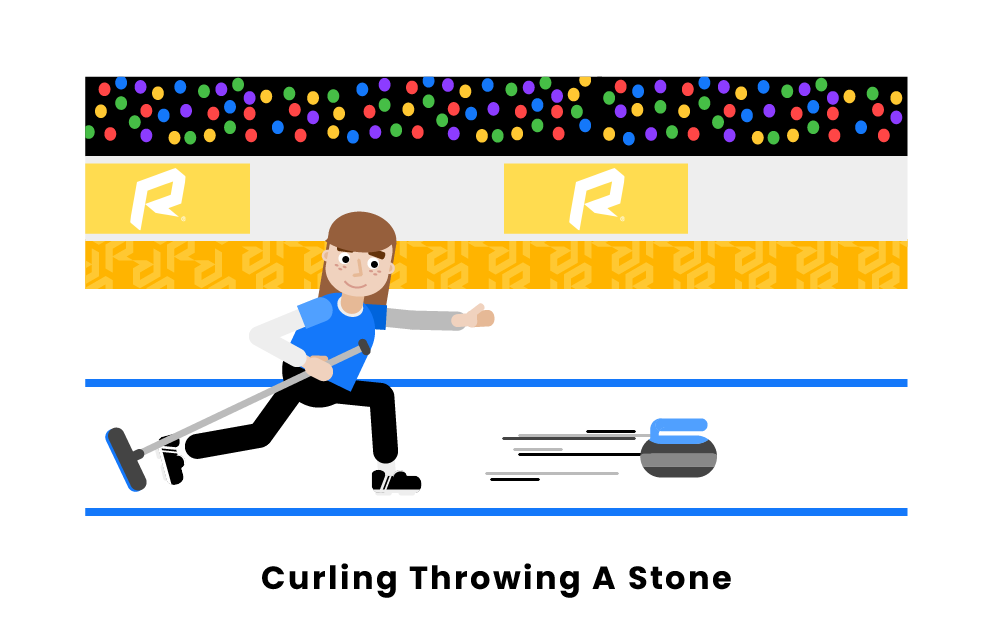 To begin the throwing process, a player must start in a crouched position on the hack. The hack is similar to a starting block, and it provides leverage for a throw. Before a player throws, they must wipe the bottom of their stone to ensure it is clean from debris. Then, a player will place their gripper foot, dominant foot, on the hack. A slider is attached to the bottom of their non-dominant foot to assist in gliding across the ice. To throw a stone, a player leans forward slightly, rocks back, and then pushes off of the hack. A player must release the stone before a designated marker known as the hog line. If a player releases after the hog line, then the stone is removed from play. 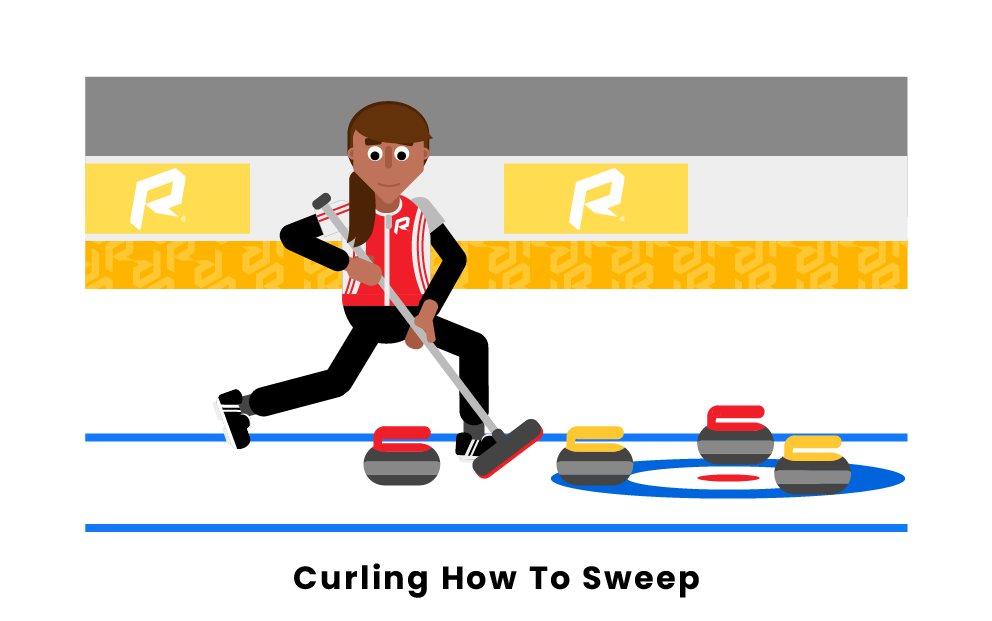 Once the thrower releases the stone, two players from the same team will begin sweeping the ice directly in front of the traveling stone. Sweeping reduces friction by warming the ice and causing the stone to glide in a straight path. Sweeping also increases the speed of the stone. A team’s skip will command his team when to start and stop sweeping. If a player’s broom hits the stone while sweeping, that stone is automatically removed from play. The combination between a throw’s release point and the amount of sweeping, can cause a stone to actually curl. Curling a stone is the name of the game and can be very useful in securing the best house position.

Curling is a sport played on ice where 4 players per team compete to slide stones as close to the center of a target as possible. One player per team must slide a stone down the ice, while two other players sweep the ice in front of the stone with a broom to influence the stone’s trajectory. Curling is a very unique game that requires a high IQ and experience level to excel at the sport.

How does the stone curl?

The stone curls due to the rotation generated by the release of the throw, and the friction caused between the bottom of the stone and the ice. Unlike most ice sports, curling’s playing surface is sprayed with water droplets that freeze and create microscopic bumps on the ice. This pebbled surface generates more friction on the sliding stone and causes it to curl. A stone spun to the left upon release will have the tendency to also curl to the left.

What is the hammer?

The hammer signifies the team who gets to throw the last stone during the end. To determine who gets the hammer at the beginning of the game, both teams will throw a stone toward the house, and the team closest to the button is awarded the hammer. After the first round, the team who lost the previous end is given the hammer for the next end. Having the hammer is vitally important since this team can dictate the last throw.

Pages Related to What are the rules of curling?