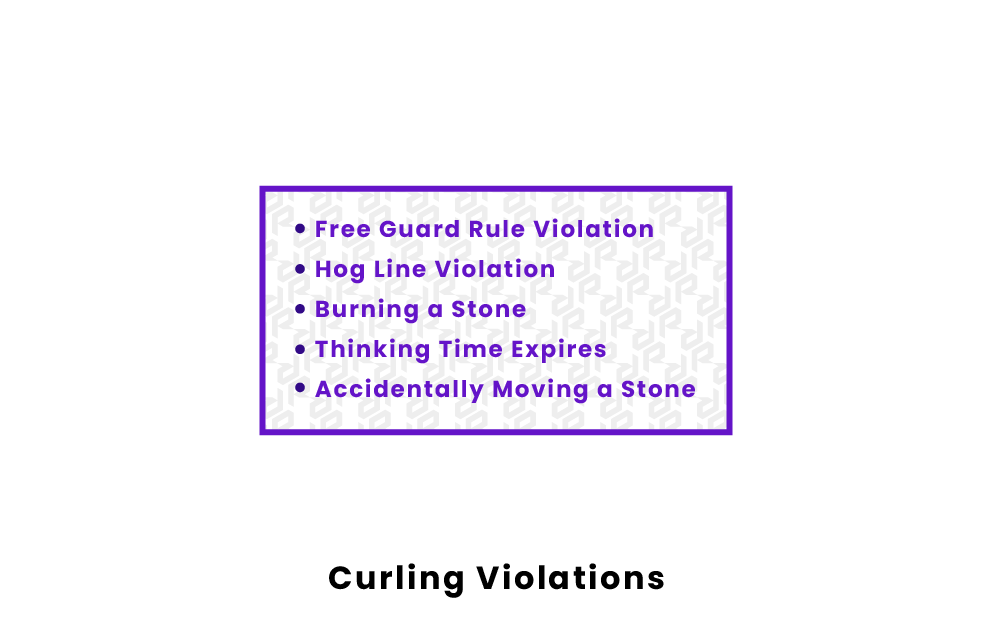 In curling, there are a few violations that you should be aware of. The majority of these violations deal with making contact with the stones, either by a person or another stone. There are also violations related to running out of thinking time, if you are playing a game of that format. The main five violations that can occur in a game of curling are:

The free guard rule explains why many teams elect to throw tick shots in the beginning of the end, as it moves the guards towards the sidelines without removing them from play. 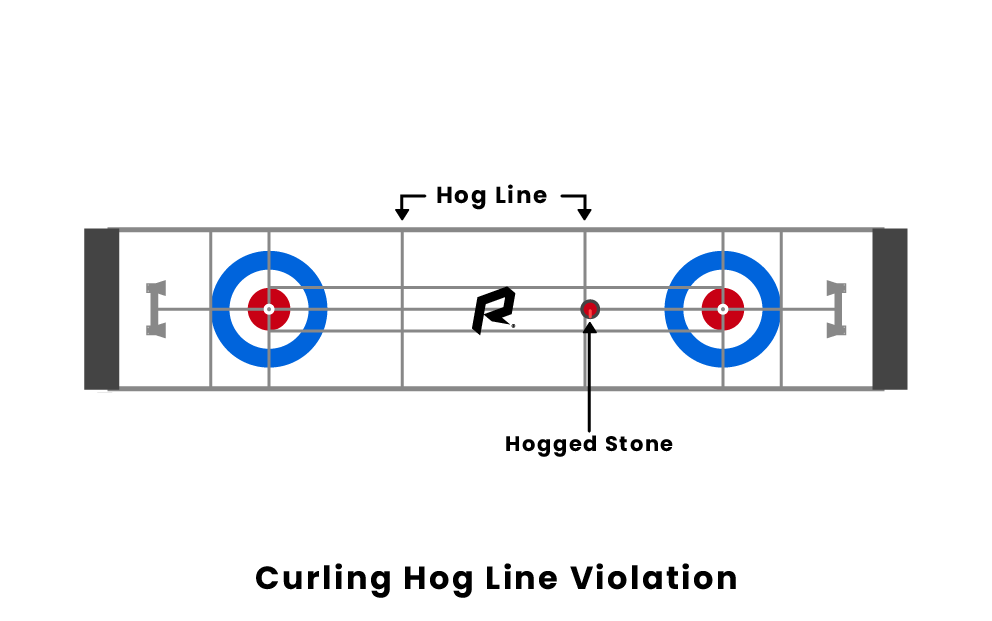 If a curler burns a stone before passing the hog line, it is immediately removed from play. If a curler burns after passing the hog line, the opposing skip decides what happens to the stone. Curling is a game of camaraderie and respect, so the skip may elect to leave the stone where it is. Usually, the stone is traveling slow enough that the foreign object will not significantly alter the trajectory of the stone.

When a team runs out of thinking time, they are not allowed to throw any more stones in the game. If a team were to commit this violation, they would lose the game. Out of all the violations, this one is the most significant, as a team loses the entire game rather than having a stone removed from play. Game awareness is an important aspect of curling, in large part due to this violation and its consequences.

It is expected that all stones remain where they are during an end, and can only be moved by making contact with other curling stones. Also, curlers will commonly remove stones from play that move behind the back line. There is a chance, however, that someone accidentally removes a curling stone from play. Should this happen, the opposing skip will decide where the stone should be placed. Usually, this means that the stone is placed back at its prior location, and the game continues.

What happens if a sweeper touches the stone in curling?

If a sweeper were to touch a stone in curling, there are two different potential results. First off, if the sweeper touches the stone before it has passed the hog line, the stone will be removed from play. However, if the contact occurs after the stone has passed the hog line, it is up to the opposing team’s skip to decide whether or not the stone is removed from play. This decision will typically be based on intent and the extent to which the sweeper’s contact with the stone changed its course.

What do the flashing lights on a curling stone mean?

On a curling stone, there are four flashing lights near the handle. Two of these lights are red while the other two are green. Both sets of lights are used in correlation with the near hog line. If the thrower does not release the stone before any part touches the near hog line, a red light will flash indicating a hog line violation. If a flashing red light is shown, the stone is immediately removed from play. If a flashing green light is seen, this means that a hog line violation did not occur and the throw is allowed to remain on the sheet.

What happens if you touch a stone that is stopped in curling?

There are a few different situations that can happen when a team touches a stone that has come to rest. If a stopped stone was moved by a player, but the stone would have no effect on a moving stone, the non-offending team is allowed to replace the stone to its original location. If a stopped stone is moved in a way that affects the course of a moving stone, the opposing team has a few choices. In this case, the non-offending team has the choice to let all stones remain where they stop, remove the moved stone and return the rest of the stones to their original position, or place all the stones where they likely would have stopped had the stone not been moved.