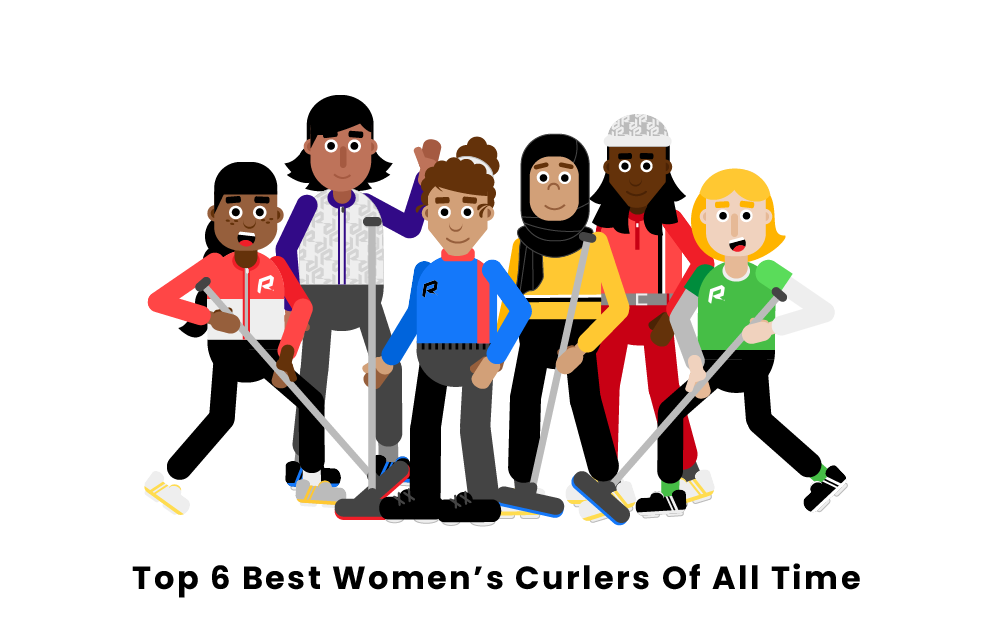 Curling is a Winter Olympic sport that requires balance, strength, and precision. Curling teams consist of four players who each have a role in throwing eight curling stones down a sheet of ice towards a target. Curling has grown to be an international sport, and this article provides information on some of the best female curling athletes of all time.

Who are the best women’s curling athletes of all time?

Recently voted as the greatest female Canadian curler of all time, Jennifer Jones has had an incredible curling career. In fact, at 47 years old, she qualified for the 2022 Winter Olympics in Beijing. She has competed in the Scotties Tournament of the Hearts 15 times and has won six times. One of the most iconic moments of her career is her winning shot of the 2005 tournament, also known as “The Shot,” which is considered one of the best curling plays of all time. When she won a gold medal in her first Olympics in 2014 as a skip, she became the first female skip to lead her team through an Olympic Tournament undefeated.

Liu Jinli is highly regarded as an elite curling athlete. She has participated in two Winter Olympics during her career and won a bronze medal with China’s team at the 2010 Olympic games. Although the Chinese Curling Association only became a part of the World Curling Federation in 2002, the Chinese curling teams Liu Jinli has been a member of have been highly successful. When Jinli participated and won in the 2009 World Women’s Curling Championships as a member of the Chinese team, it was the first time an Asian country had won a Curling World Championship.

Ekaterina Galkina is a famous Russian curler who plays on Team Sidorova. Throughout her extensive career, she has played at many international curling tournaments and championships. She has participated in ten World Curling Championships and eight World Junior Curling Championships. At those championships, she won a total of six medals. When Galkina was in college, she also competed in the World University Games, also known as The Universiade. The World University Games is an international competition for college student-athletes. At this competition, Galkina won two gold, two silver, and one bronze medal. She has also earned the title of Master of Sport of the International Class in Russia.

Rachel Homan is a famous Canadian curler who has won many international championships as a skip, or captain, of Canadian curling teams. In fact, when Homan skipped her team at the 2017 World Women’s Curling Championship and won a gold medal, it was Canada's first time winning a world title since 2008. Her team was also the first in 39 years to proceed through the championship undefeated. Homan began curling at five years old, and many members of her family, including her great-grandfather and grandfather, were curlers. In 2021, Homan’s curling career continued to be successful. At eight months pregnant, she skipped her team at the Scotties Tournament of Hearts and won a silver medal.

Kaitlyn Lawes is another Canadian curler and Olympian who recently made history when she won the gold medal during the first-ever curling mixed doubles event at the 2018 PyeongChang Winter Olympics. Lawes’ family, who also participated in curling, encouraged her to start the sport at four years old. In her junior career, she skipped her team in 2008 and 2009 to win two medals. Later in her career, she won two medals at the World Curling Championships. When she won her other Olympic gold medal at the Sochi 2014 Winter Olympics, she was part of the first curling team in history to proceed through the Olympics undefeated.

Who is the greatest women’s curler of all time?.

The greatest and one of the most decorated female curlers of all time is Jennifer Jones. Jones has had an extensive career as a skip in the Olympics, Scotties Tournament of Hearts, and World Curling Championships. She is the record holder for most games won at the Scotties Tournament of Hearts, and her winning shot during the 2005 tournament is considered to be one of the most iconic moments of the sport. Jones' curling career has shown no signs of stopping, as she qualified for the 2022 Beijing Winter Olympics.

What are the biggest women’s curling competitions in the world?

Who is the oldest Olympic gold medalist in women’s curling?

Pages Related to Top 6 Best Women's Curlers Of All Time