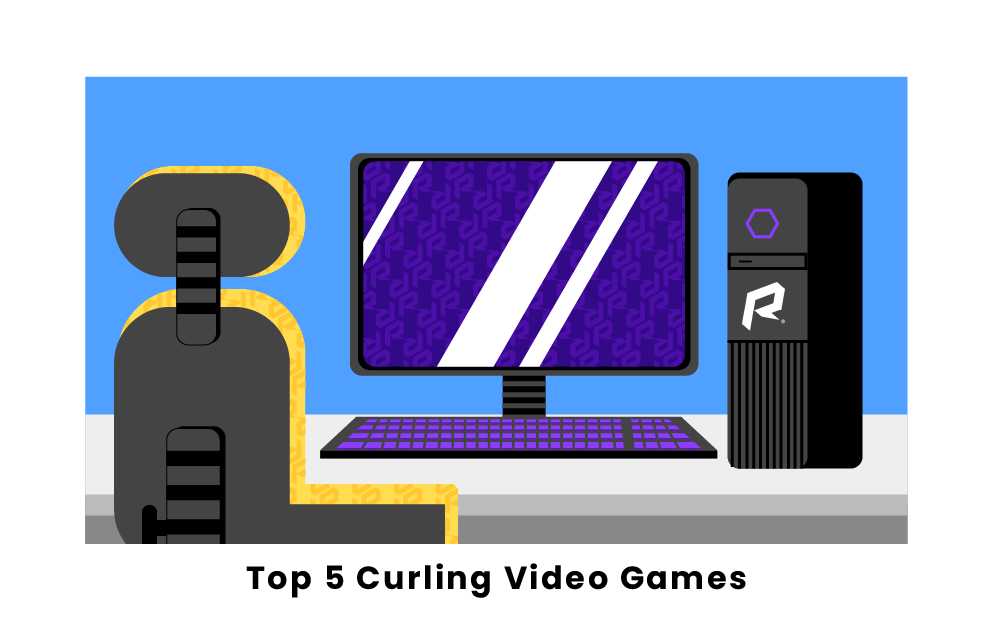 What are the most popular curling video games?

1. Mario and Sonic at the Sochi 2014 Olympic Winter Games

First on our list of curling video games is Mario and Sonic at the Sochi 2014 Olympic Winter Games. This was the official video game of the 2014 Olympics and was released by Sega in late 2013 for the Wii U.

The game features 16 different winter events like skiing, figure skating, and bobsledding in addition to the fan favorite event, curling. Not only can users play the traditional curling event, they can also play a dream curling version that is unique to Mario and Sonic games. In it, a player actually rides on a stone while another player pushes!

Next is one of the few video games that focuses only on the sport of curling. Curling World Cup was launched in 2018 for users to play on Microsoft Windows. Since this game is newer, it has impressive graphics that'll make fans feel like they're really competing.

In this video game, players can compete in three different tournaments. Before they compete, players can decide what country they want to represent. Then for each tournament the player's team must advance through quarterfinals, semifinals and the finals in order to win it all. This game is both for fans of the sport and those hoping to learn more about it.

Another popular computer game for curling is Take-Out Weight Curling. This game is a bit older than the others listed as it was launched in 2002. This game was so successful though that they actually released a sequel to it a couple years later.

In the first Take-Out Weight Curling version there were some impressive 3D graphics for its time. The video game was also designed to have realistic physics as well as unique skill elements players could do with the mouse. This makes it as tough to master the video game as it is to master the real sport.

Another multi-sport video game to feature curling is Deca Sports. This video game was released in 2008 for the Wii only. As the name suggests, the game features ten different sports in one video game.

Although there are ten sports in the game, curling stands out as one of the best sports to be featured. Users found that curling was well suited to play with the Wii remote. Although the rules of curling can be tough to understand, the controls are easy which helps players learn more about the sport as they play. This game is one that the whole family can enjoy.

Last on our list is a gaming option that curling enthusiasts can play anywhere. Curling 3D is a mobile app available for both iPhone and Android users. Since it's an app, Curling 3D stays up to date with the latest graphics.

Curling 3D is free for download but does have some in-app purchases for those that want extra content. The game is praised by curling fans for feeling close to the real sport. It has a career mode and the ability to play with friends online. The controls take a little time to get the hang of but this makes the difficulty similar to actual curling.