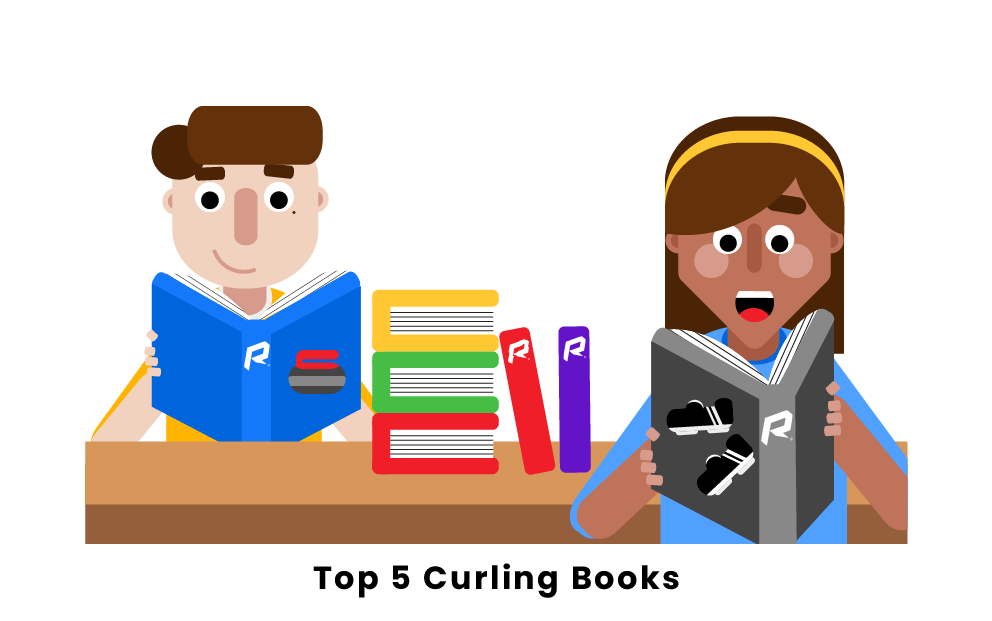 What are the most popular curling books?

1. Throwing Rocks at Houses: My Life in and out of Curling

Throwing Rocks at Houses tells the story of Colleen Jones, one of the biggest pioneers and greatest curlers in the world. Her story starts out when Colleen was 19 years old, when she won her first provincial championship. Just 3 years later, she ended up being the youngest person ever to win the Canadien women's curling championship. She has won multiple Canadian championships, and even two world championships.

Her story talks about her career as a professional curler and the joy of the sport. Colleen Jones reflects on her life and the true inspirations involved in curling, which is what makes it one of the greatest curling books.

Hurry Hard tells the story of Russ Howard, a world-renowned Olympic curler who developed a love for the sport at an early age. When Russ Howard was young, he developed a very consistent toss that was incredibly accurate. Throughout the book, Russ and award-winning journalist Bob Weeks tell the story of how he grew to be one of the greatest curlers in the world.

Hurry Hard includes everything from wins to losses, people met along the way, and an inside view to the world of curling. His emotional journey of heartbreak and winning make this novel one of the greatest curling books in the world.

3. Open House: Canada and the Magic of Curling

Open House describes the unique sport of curling that lies within the hearts of Canadians. The book discusses in detail everything someone would need to know about curling, from all of the rules to the best players in the sport.

Written by Scott Russell, Open House describes the love that Canada specifically has for the sport of curling. Russell travelled all over the country, from curling clubs in Calgary to the Olympic Games in Salt Lake City. His book captures the true essence and love for why millions of registered curlers come together year round to express their love for the game.

4. The Roaring Game: The Sweeping Saga of Curling

The Roaring Game is a book by Doug Clark that explores the origins of curling in 16th century Scotland, and how overtime it grew to become an Olympic sport. Clark writes about the biggest moments in curling history, from behind the scenes at the Olympics to its moments featured in James Bond and Beatles movies.

The book is a timeline of important information that shows how some everyday curlers became Olympic champions. This book is perfect for readers wanting to learn everything about the sport of curling. It is packed full of interesting facts and history, making it one of the greatest curling books of all time.

5. Curling Etcetera: A Whole Bunch of Stuff About the Roaring Game

Curling Etcetera is a fact-filled guide packed with everything one could possibly want to know about the sport of curling. This book includes famous athletes, interesting facts and history, and even trivia. Curling fans around the world love the content this book has to offer, describing it as fun to read and amusing.

The book is written by Bob Weeks, who is the editor and co-publisher of the Ontario Curling report. After writing for this curling journal for 20+ years, he decided to write Curling Etcetera detailing all the interesting facts and details he's learned about the sport over the years. Bob Weeks also helped co-author Hurry Hard: The Russ Howard Story.