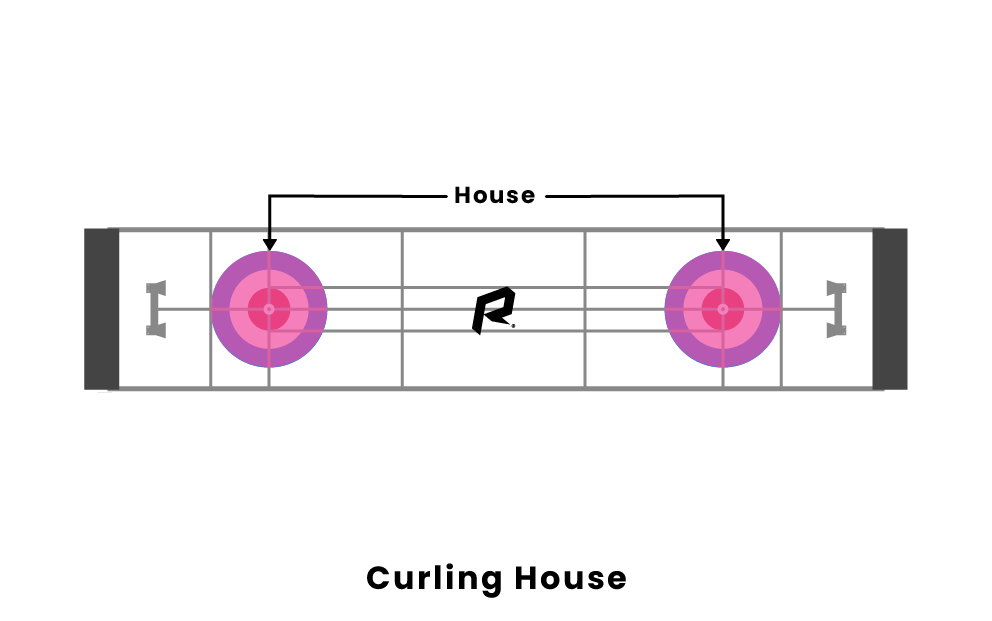 In curling, the house is the set of concentric circles located on both ends of the curling sheet. There are two houses, each consisting of four circles called the 12 foot, 8 foot, 4 foot, and the button. Only stones that land in the house can be counted for a point. While each circle varies in size and color, they do not range in point value. Every stone that lands in the house can only score one point regardless of which circle it lands on. In order for a curling stone to be considered for scoring, some part of it must be in the house.

The four parts of the house from smallest to largest are:

The button is the smallest circle at the center of the house measuring one foot in diameter. It is sometimes referred to as the 1-foot circle. It is typically white in color on the sheet. The center of the button has great significance, as it is the point at which the stones are measured in order to determine which team won the end. Whichever team’s stone is closest to the center of the button gains one point, with each additional closest stone gaining another point. 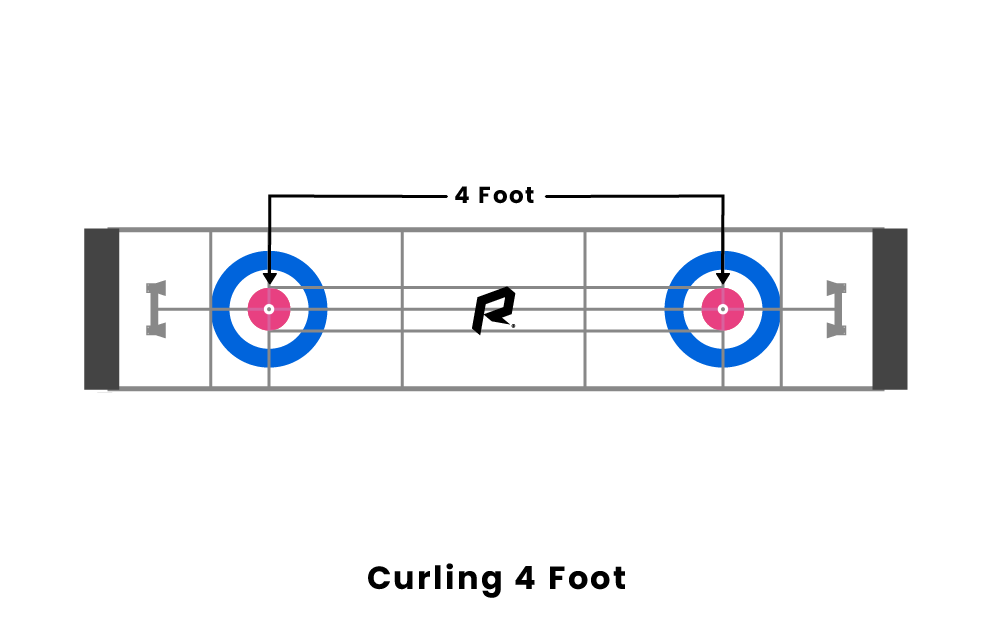 The 4-foot surrounds the button and measures four feet or 1.2 meters in diameter. It is typically red in color on the sheet. The 4-foot can be broken up into the top 4-foot (in front of the tee line), and the back 4-foot (behind the tee line). In mixed doubles curling, one of the pre-placed stones is set in the back 4-foot. 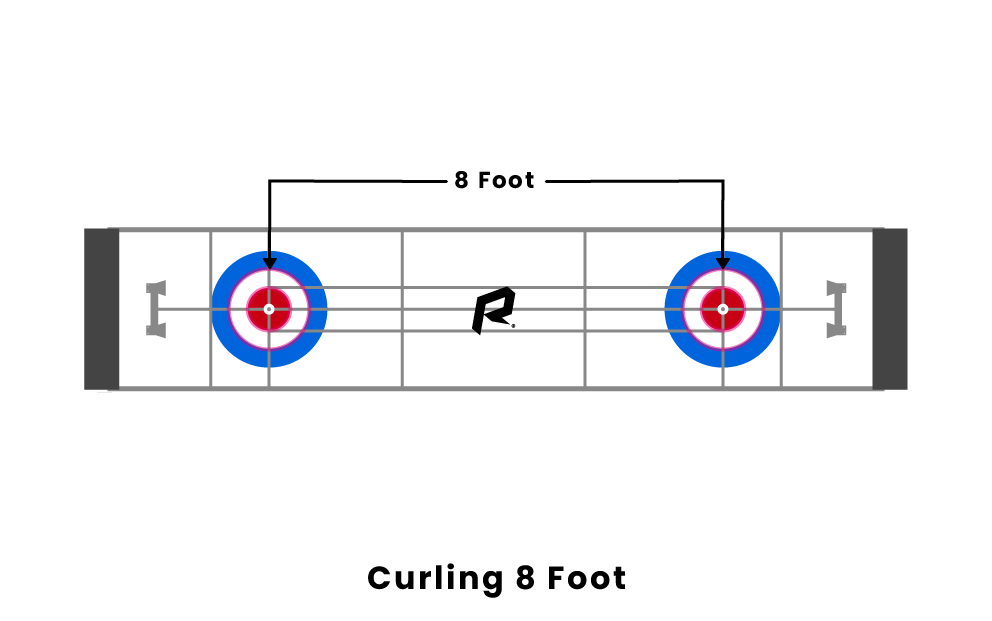 The 8-foot surrounds the 4-foot and measures eight feet or 2.4 meters in diameter. It is typically white in color on the sheet. The 8-foot can be broken up into the top 8-foot (in front of the tee line), and the back 8-foot (behind the tee line). 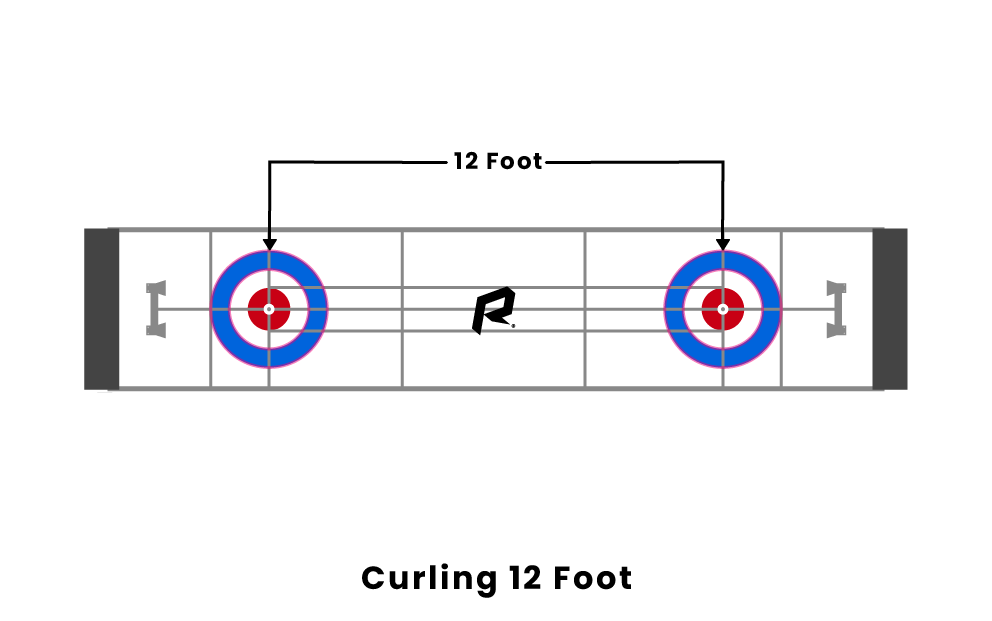 You will notice that the colors of the houses vary. This is to easily distinguish between the start and end areas of each of the circles. The different colors do not signify any change in point value, but rather are used to help aim and more easily distinguish which stone is closest to the button. 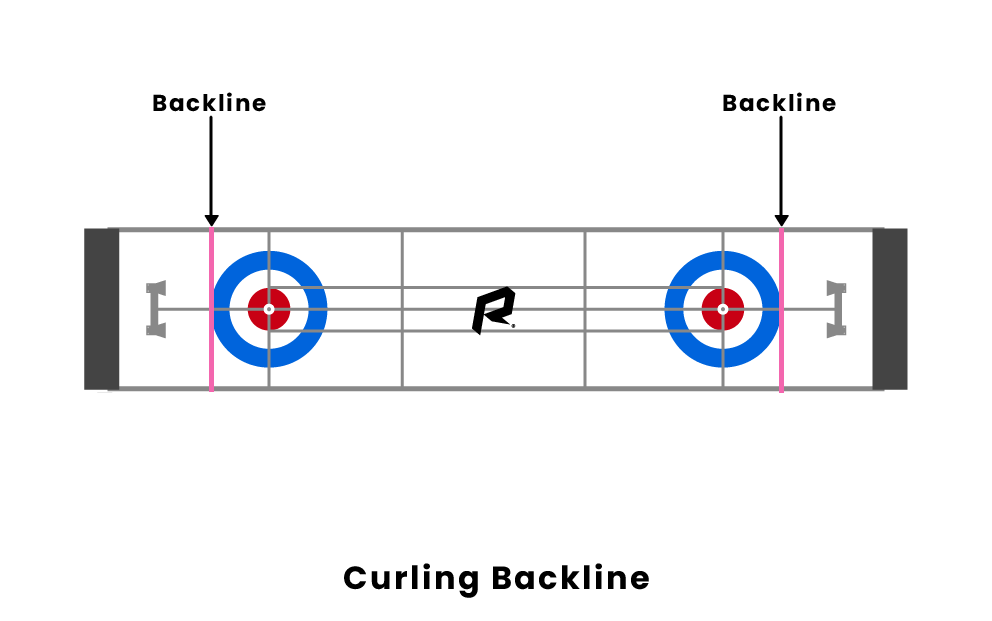 The backline is the line directly behind the houses. After a stone fully crosses the backline, it is out-of-play and removed from the sheet. 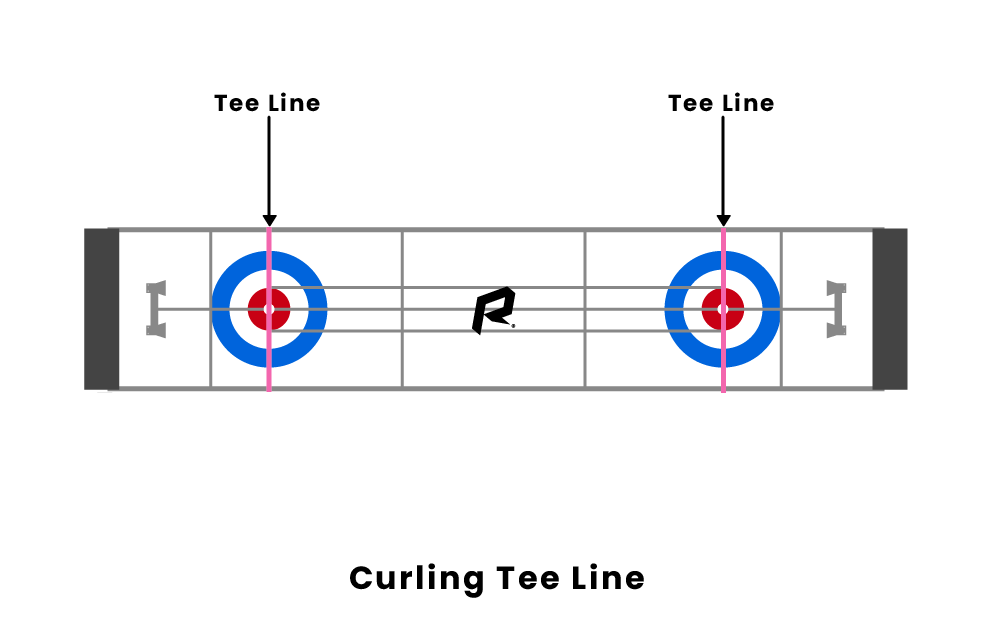 The tee or tee-line is the line that runs directly through the house and middle of the button splitting it into two equal halves.

Back of The House 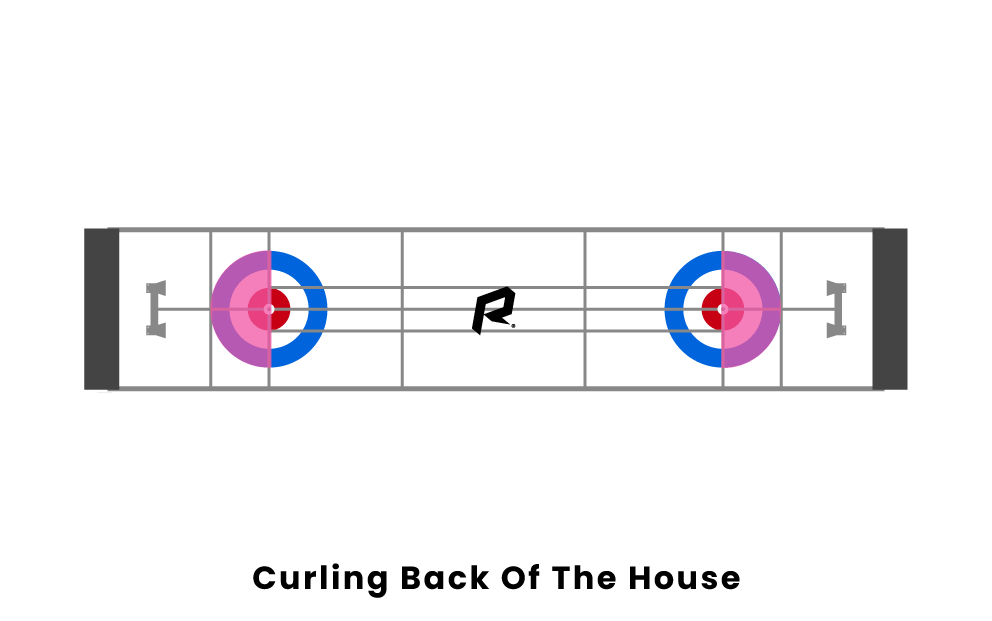 The back of the house in curling is the half of the house that is in between the tee line and backline. The Back half consists of the back 12 foot, back 8 foot, back 4 foot, and the back button.

Front of The House 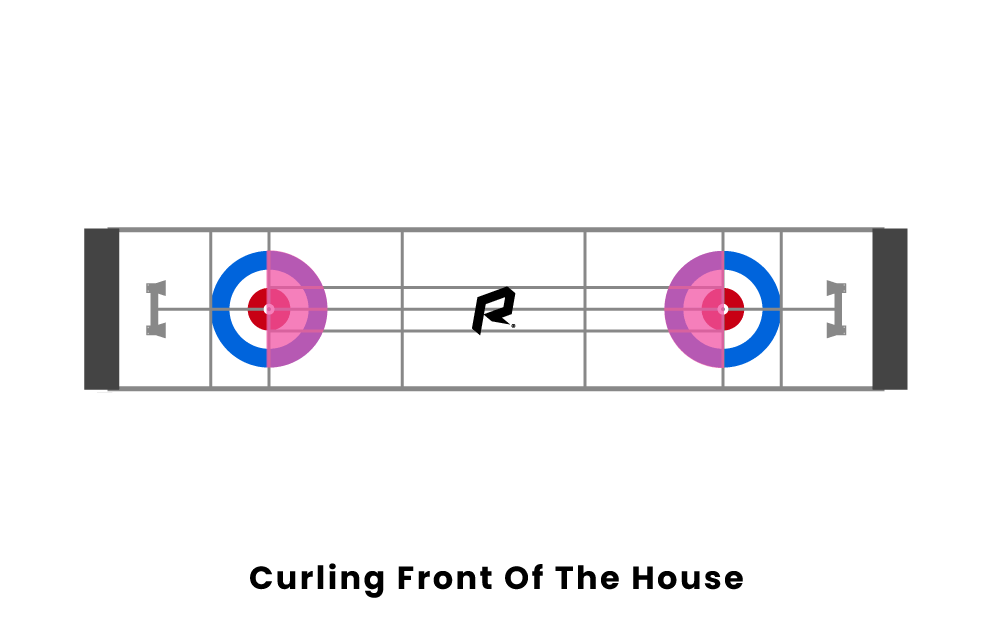 The front of the house in curling is the half of the house that is in between the tee line and hog line. The front half consists of the top 12 foot, top 8 foot, top 4 foot, and the top button.

How big is a curling house?

A curling house is as big as its outermost circle, which is 12 feet in diameter or 3.66 meters. The house itself is the set of circles on the ice, which consists of everything inside of the 12-foot circle.

What is the middle of the house called in curling?

The middle of the curling house is known as the button. The button in curling is the point that curlers are aiming to land their stones near, and the closer they get, the better their score will be overall. This point on the ice is similar to a bullseye in darts, and represents the best possible stone delivery.

Where is the house in curling?

The house in curling is 150 feet away from the player sliding stones, on the other side of the ice. That being said, there is a house on each side of the ice and each player delivers towards the house on the opposite end of the ice from them. This placement is meant to make guiding a stone to the center of the ice challenging, and also amplifies the need for spirited communication due to the distance between a stone’s starting point and the house. This results in a lot of yelling directions, and is the main reason for all the commotion between teammates during an end.