A curling stone is what is thrown by a curler during a game. Curling stones weigh about 42 pounds and are made of granite. Each team throws eight stones during an end for a total of 16 total stones thrown. After the stone is thrown, two other curlers will sweep it as it travels down the ice, making it travel both straighter and farther.

Ailsa Craig is an island off the coast of Scotland and is one of the few places in which the granite used to make curling stones is mined. Some people believe that the island also looks like a curling stone. 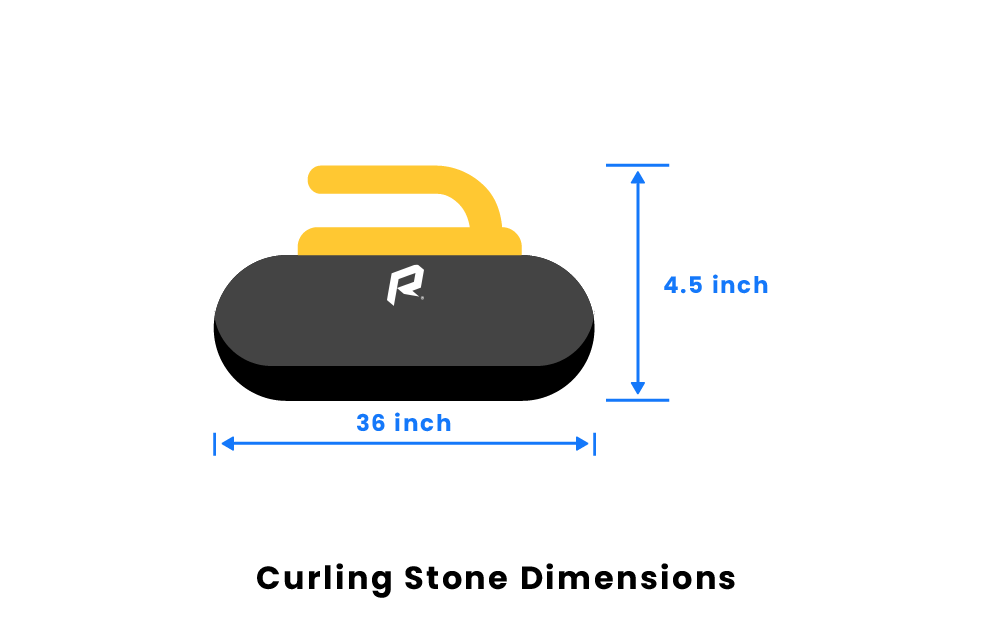 The official dimensions of a curling stone are regulated by the World Curling Federation, the global governing body of the sport of curling. Based on their regulations, a curling stone must have a circumference no larger than 36 inches and cannot be shorter than 4.5 inches. Additionally, there are weight standardizations between 38 and 44 pounds. Note that this weight includes the handle and the bolt that attaches the handle to the stone.

Curling stones are usually sold in sets of eight or 16. They can be sold either new (directly from the manufacturer) or used (from one curling club to another). The only difference is that the new stones have not been used for curling yet.

From a price perspective, the used stones are less expensive. For a curling club with limited funds, it may be easier to purchase a used set of curling stones and paper them before use to save money. 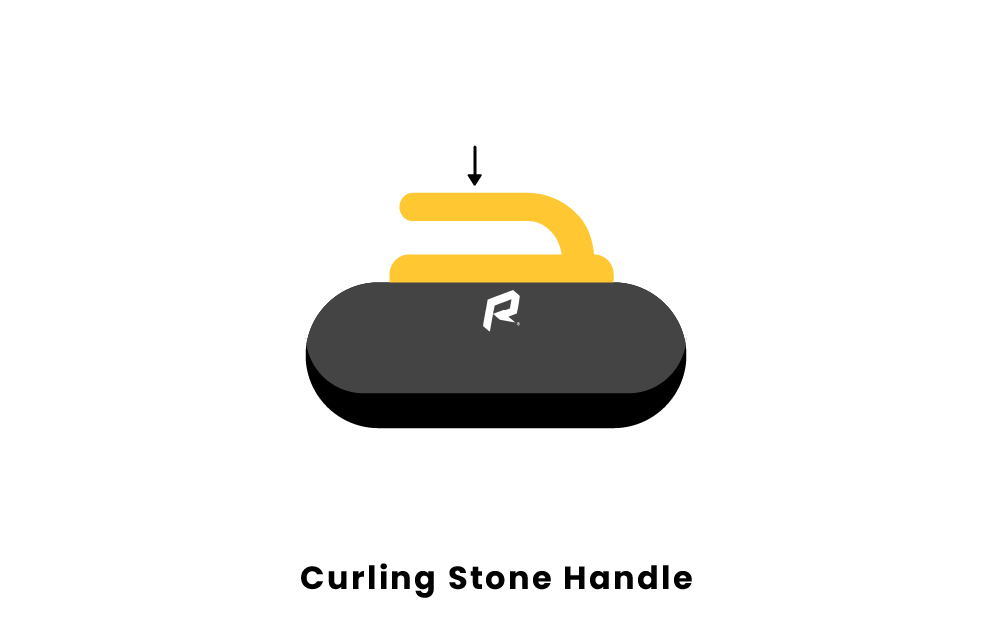 Curling stone handles are made of plastic and come in a variety of colors. The two most common colors are red and yellow, as seen in most curling clubs and international competitions.

On the handle of each stone, there is either an engraving or a sticker with a letter in front of the handle and a number to each side of the handle. This is to distinguish one curling stone from another. Although curling stones look the same to the average person, each one behaves a little bit differently from the others. 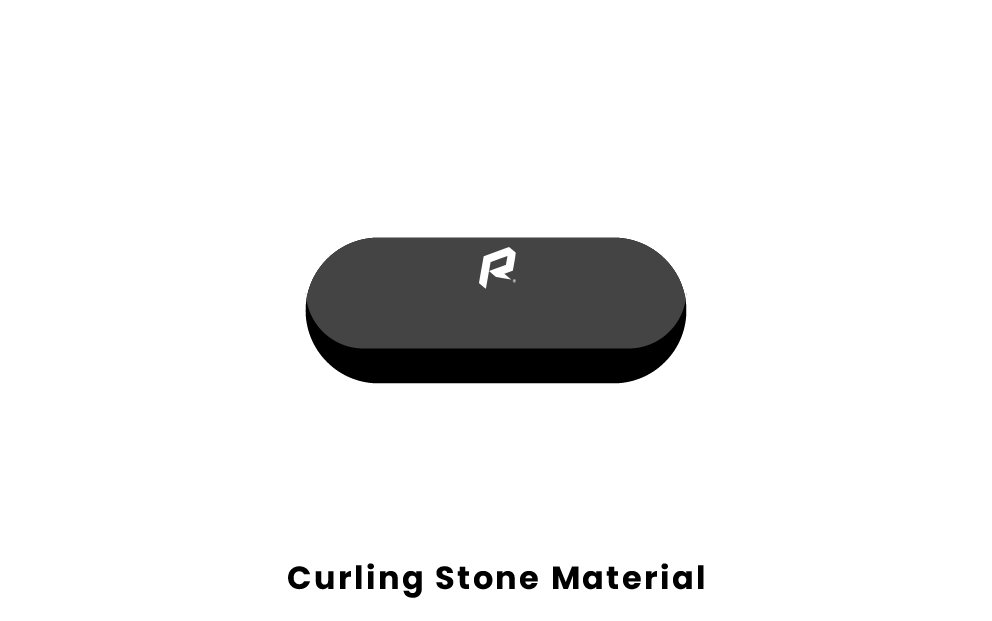 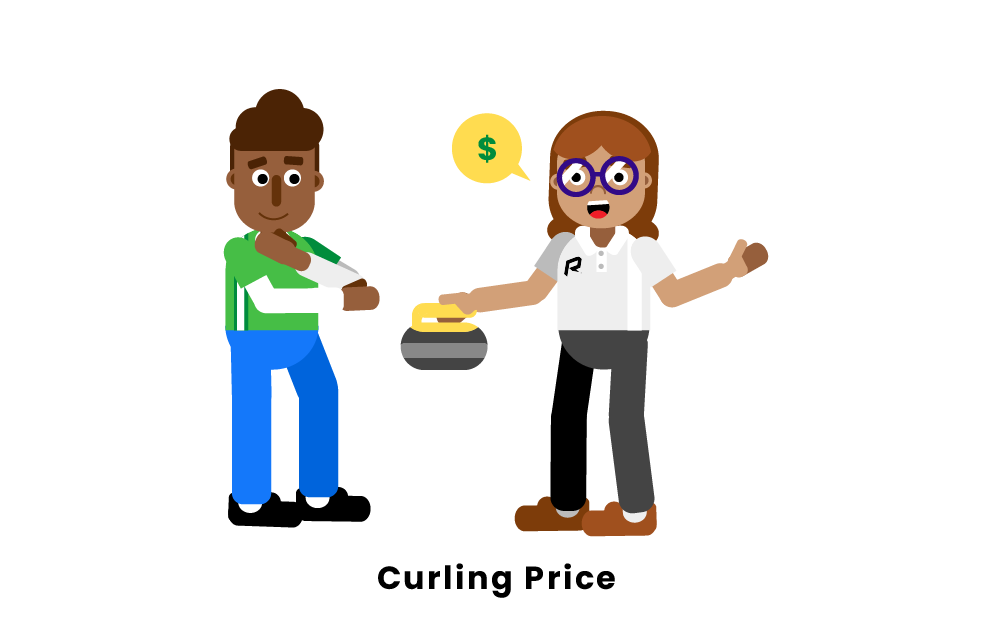 Some curling stone manufacturers do not sell their stones with handles. Therefore, you may be required to purchase stone handles separately, which usually run about $30 to $40 per stone handle. 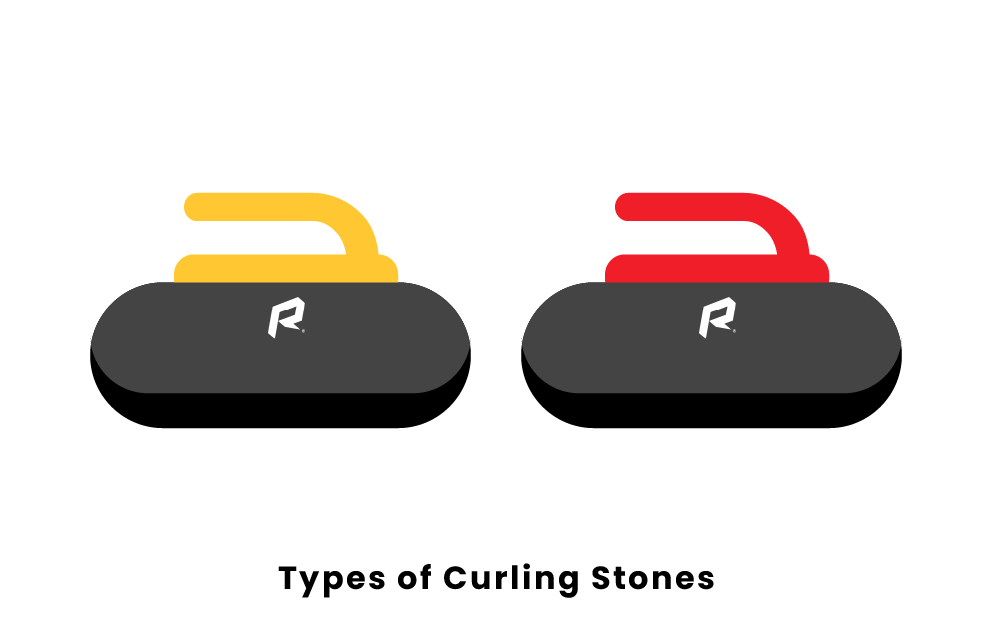 Since curling has become a rather standardized sport, there is only one type of curling stone used for play at most curling clubs and international competitions. However, there are some differences between curling stones at a 'regular' curling club and for high-level competition.

At high-level competitions, each stone is installed with an electronic hog line sensor. This device illuminates green if the stone is released before reaching the hog line and red if not (meaning that a Hog Line Violation was committed).

For young children, there are curling stones that weigh 21 pounds as opposed to 42 pounds. These lighter stones allow for children to curl that may not be able to physically push a full-sized stone. 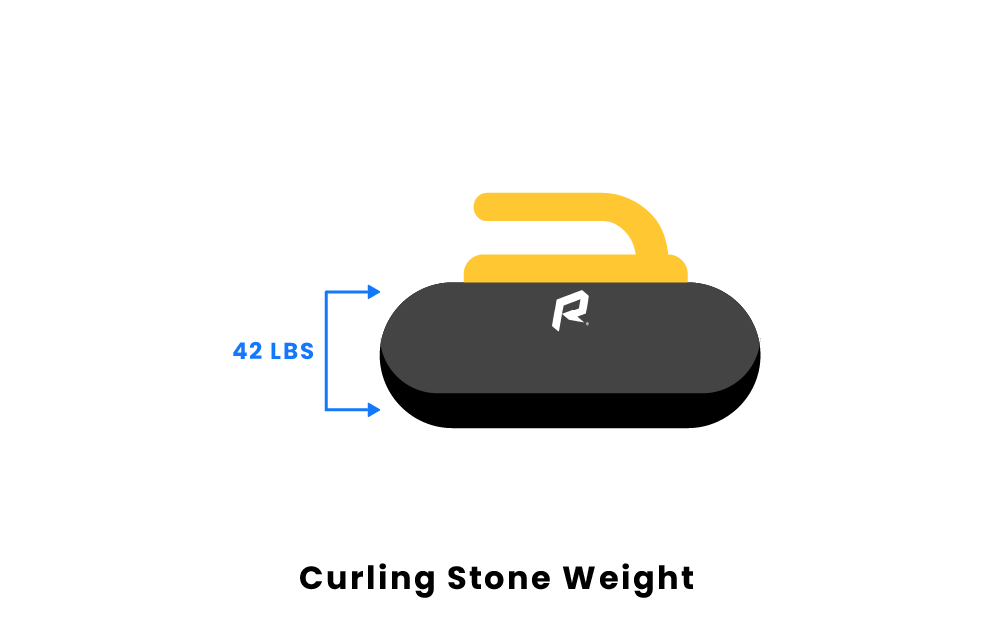 In addition to regular sized curling stones, there are also stones that weigh 21 pounds for children to throw. Many young curlers from ages under 12 will throw these smaller stones, commonly known as "Little Rocks." This allows young people to enjoy the game of curling just as much as a teenager or adult, but have an easier time delivering the stones.

The other type of granite used is Blue Hone or Red Hone Granite, which comes from the island of Ailsa Craig.

What is a curling stone?

A curling stone is the piece of equipment that curlers will throw during a game of curling. Each stone weighs approximately 42 pounds and are made of granite from Ailsa Craig, an island off the coast of Scotland. A plastic handle is attached to each curling stone for players to grip when they are delivering the stone. During an end of curling, each team will throw eight stones, for a total of 16 stones.

What are curling stones used for?

Curling stones are thrown down a 150 feet long sheet of ice during a game of curling. After they are thrown, two other curlers sweep the stone as it travels down the ice.

At some arena curling clubs, the curling stones are also used to smooth out the pebble before curling begins. This is done to cut the top of the pebble for a flat, but textured playing surface. If the ice isn't completely level, a blade may further dish the ice, but curling stones will not do that.

Where do you get curling stones?

Curling stones can be purchased from a few manufacturers in the world. The most common two are Kays of Scotland and the Canada Curling Stone Company. Each of these manufacturers uses a different type of granite, but the resulting curling stone still weighs in at 42 pounds. Additionally, note that curling stones may or may not come with handles attached to them. If the handles aren't attached, you must purchase them separately.

How do they make curling stones?

First, granite for curling stones is harvested from a granite mine. These large slabs of granite are broken down into a smaller size such that curling stone 'templates' can be cut. After the 'templates' are cut, stones are individually sanded and ground down to represent the shape of a curling stone. Next, the circumference of the stones are pitted with glass beads to better distribute the impact forces when the stones collide with one another. Lastly, a plastic handle is attached to the stone via a screw.

How much does a set of curling stones cost?

Note that some curling stones are sold without handles, so you may need to purchase them separately.

How long does a curling stone last?

Curling stones, if taken care of properly, can last for more than ten years. One of the most common problems with curling stones is that they have trouble 'gripping the ice' as they age. To remedy this, curling clubs will "paper the stones." This means that curling clubs use sandpaper to texture the running surface of the curling stone so that the stones can have a better grip on the ice and travel down the ice as one would expect them to.

What are the dimensions of a curling stone?

According to the World Curling Federation, a curling stone must have a circumference no larger than 36 inches and must be taller than 4.5 inches. This guideline is given because the manufacturing of curling stones isn't an exact science; each stone will turn out a little differently than every other stone. This imprecision in manufacturing also explains why each curling stone behaves differently from all of the others.

Where should I buy curling stones?

There are a few companies that sell curling stones. Some of the top companies are the Canada Curling Stone Company and Kays of Scotland, both of which have produced curling stones for the Winter Olympics. Another common curling stone manufacturer is Thompson Rink Equipment. Note that when you purchase curling stones, they may come in sets of eight or 16, depending on the manufacturer.

Why does a curling stone curl?

What kinds of curling stones do they use in the Olympics?

What colors do curling stones come in?